Back for its eighth consecutive year of surfing, music and craic, well-established festival Battle for the Lake is nearly upon us and promises to be better than ever.

Located on Achill Island, Battle for the Lake makes the most of the combined scenery of the Wild Atlantic Way and Keel Lake while also providing aerial displays and a huge selection of Irish acts across a busy weekend.

More than 30 bands, acts, comedians and dancers will be taking to the stage between 28 - 30 September 2018, such as Will Barber, Daithí, Aindrias De Staic and The Latchik. 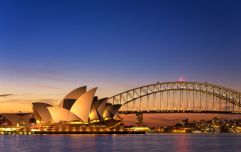 END_OF_DOCUMENT_TOKEN_TO_BE_REPLACED

Langeree will be on hand to perform daring stunts to a crowd as the festival's special guest.

As well as this, as a special treat to those with kids – the day-time schedule (until 5pm) is completely free with an area dedicated to families with a line-up of activities and performances including a bouncy castle, funfair rides, games, music, kite workshop and a fantastic kiddie disco. 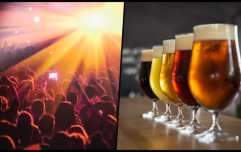 END_OF_DOCUMENT_TOKEN_TO_BE_REPLACED

As the day draws to a close and night begins, you can expect fire performers, comedians, a food village, bands, aerial displays, dance performances, raves and much more.

On both Saturday and Sunday, both surprise guest DJs promise to have "everyone up grooving on the banks of the lake".

Tickets can be picked up on their website, with weekend night passes priced at €45. Under 12s go free.