Ainsley Harriott deserves our heartfelt thanks for many things, but most importantly for teaching us about life through the medium of giddily presenting live cookery demonstrations. If you looked into it deep enough, Ready Steady Cook was a big glowing metaphor for life.

The ingredients represented your life choices and all the opportunities you overcooked due to ignorance and stubbornness. The audience represented your family, looking on in bewilderment as you crumbled and made an utter disgrace of yourself every step of the way. But Ainsley was your lifeline, constantly cheering you on and using every moment to help you flourish. Or some bullshit like that, I dunno.

With the exciting news that Ready Steady Cook is potentially making a comeback, it makes perfect sense to fondly look back on the show's effectiveness at preparing us for adult life.

1. To get on telly and therefore secure a very limited and low level of fame, all you have to do is exploit your shortcomings as a person

As a verified youth in the 2000s, my main aim in life was to somehow get on television because that seemed like a very cool thing to do. The most logical way was through Crimewatch, but I decided against bringing shame upon my entire family for the sake of a few minutes on primetime television. Unfortunately, I never made my debut, but I know that there's still time now that I am an adult. All I need to do is figure out what I'm bad at, then enter Britain's Got Talent and appear on TV as the token 'lol look how stupid she is' act.

As demonstrated by the contestants on RSC, the worse you were at cooking, the more entertaining it was for the audience. Seeing Sue from Torquay mangle an onion beneath a blatantly unsuitable knife as Ainsley looked on with horror was endearing and a pleasure to watch. Any contestant that knew what they were doing became an instant source of disinterest, as you mentally labelled them as a show off. We get it, Dan from Lincolnshire, you've boiled water before.

2. TV chefs are the most insufferably smug people on the planet. Once you accept that fact, only then can you truly be free

The guest chefs were always lauded by the audience as if they'd recently discovered a cure for loneliness and good lord did they lap it up. They'd emerge onto the set in their crisp white jackets and haircuts that definitely didn't cost £5 during their lunch break. Their smirks spoke a thousand words, most of which were 'Everyone is shit except us, we are the best'. There's a smugness among famous chefs that needs to be addressed. Congratulations, you are good at something that we all need to do to be able to survive. So are doctors.

The chefs would breathe a sigh of relief during the second half of the show, when the amateurs cleared off and stopped wasting their time, so they could get on with the 'Quickie Bag' challenge. Nobody had the courage to say it, but I'll say it now: They were cheating all the time. There was no turmeric in that quickie bag, Anthony Worrall Thompson. You stole that from the supply wall and I saw you. If you're going to smugly appear on our television screens, at least admit that you're borrowing essential items from the pantry. We'll think less of you, but at least you're not stealing from a supermarket self-scanner. Oh wait.

3. You can bash literally any combination of food together and call it 'a simple dish' 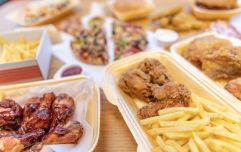 Here are Ireland’s favourite takeaways, as per the National Takeaway Awards

END_OF_DOCUMENT_TOKEN_TO_BE_REPLACED

Let's face it, the contestants often brought utter shite with them on the show. They'd proudly empty their bags for life on the counter to reveal a potato, seven strawberries and a vacuum-packed corn on the cob. The chefs would spend a moment scratching their heads and arses trying to come up with a meal to incorporate these terrible ingredients and ultimately settle on a 'simple stir-fry dish'. It became apparent that you could mix literally anything together and that would then fall under the category of 'a simple dish'. Two Chewits, a teabag and a Flump? That's a simple dish, my friend.

The idiot contestants would immediately feel thrilled that they'd managed to pick up a few shitty items in the supermarket and a chef, whose job it is to combine them into a dish, goes ahead and combines them into a dish. Viewers would question the accuracy of their memory when the final dish ends up being sherry-braised pork cheeks with a white wine reduction and a dash of jus, but then again, good old Cheaty Worrall Thompson would've dipped into the pantry for "a few extra bits" and gotten away with it, the absolute rascal.

Thanks to Ready Steady Cook, I became very familiar with the sensation of being lied to. These professional chefs would cook an entire three course meal in 20 minutes with the "help" of the contestants like it was a normal thing that anyone could do. There should've been a disclaimer at the start of the show saying 'Hey, quick one folks, these meals actually take 7 hours to prepare in real time, so you stand absolutely no chance of ever recreating them at home'. Just enjoy the show and don't get carried away thinking you're actually going to learn something.

I'm pretty sure my oven can't even reach the desired temperature in twenty minutes, so Ainsley needn't allude to the fact that what they were doing was in anyway feasible for us muggles watching. I hope he's happy to have blood on his hands, the metaphorical blood of initiating me into a world of lies, exaggeration and disappointment. Sure, it hardened us all for a world filled with unfulfilled expectations and bitter disappointment, one where Jamie Oliver's 30-minute meals could thrive, but at least it was entertaining in the process.

5. You'll often be given pointless things to do to keep you out of the way, both in your professional and personal life

END_OF_DOCUMENT_TOKEN_TO_BE_REPLACED

This is an important life lesson to learn very early on. It'll come in handy when you have to go on work experience or your parents want to have a private conversation about Granny's resistance to going into a home. The chefs always wanted to tear into the food and get cooking as quick as possible, meaning the last thing they wanted was two idiot novices under their feet. The time restrictions were tight, so the last thing they wanted was to look like absolute chumps on national television presenting a half-poached egg.

Enter: washing and chopping - the fool's errand. These hopeless contestants were never allowed near anything important, so the chefs would give them the important task of washing, chopping and sometimes even using the food processor. The most entertaining moments occurred when they'd make a mess of these menial tasks, causing the real chefs to charge in and furiously nail the task in half a second. That's a common occurrence in life. You'll be asked to take the minutes of an important meeting so you'll be too distracted to contribute something dumb. Embrace it!

6. There will always be someone annoying around, no matter where you are

Ainsley was a joy to watch but he didn't half get in the way of the chefs while they were trying to get a three course meal together in twenty minutes. He'd barge over and start asking the chef what's the best way to milk a particularly disinterested cow while they were trying to delicately sauté some scallops. It was a blatant ploy to distract the chefs for long enough to ruin the food, and in turn, produced some absolutely quality television.

You could see straight through him. Ainsley was trying to create havoc and potentially a fire in the kitchen. He wanted to swoop in like a hero and extinguish the flames along with any hopes they had of being crowned The Best Chef. But also, he deserves our thanks. Any job I've ever had has subjected me to annoying people and he fully equipped me with the tools to ignore them: sharp knives. Just kidding. I just keep my headphones on at all times and pretend not to hear people when they try to get my attention, lol.

7. There's no such thing as too much butter

Honestly not a great thing to learn in life, but Ready Steady Cook equipped us with that knowledge whether we wanted it or not. In all my years of watching this godforsaken show, not once did I see a chef measure the exact amount of butter they were using. It was either half a block or a full block, there was no in between. I find that very comforting. Either those chefs had reached a level of proficiency where they could measure by eye, or they wanted to kill the tasters stone dead due to high cholesterol.

Health implications aside, it's something we can all take with us throughout our adult lives. 'Isn't that a bit too much butter?', they'd say. 'No', we reply, having seen chefs use a frankly repulsive amount on the telly. As long as we're using less than those monsters, we're doing ok. In unrelated news, alleged reports linking too much butter with an early death are merely speculation. Who do you know that's died directly from a butter dose? Okay but other than those five people? Exactly. Heap it on your baked potato, my friends. Live your life. Be free. Ready, Steady, Book-yourself-in-for-a-general-checkup-with-your-GP.


popular
The lineup for this week's Late Late Show has been revealed
QUIZ: Can you guess the pixellated movie posters?
QUIZ: Can you name all these European countries just from their vowels?
Man being treated for suspected case of coronavirus in Belfast
Met Éireann says there's a risk of snow for parts of Ireland this weekend
Everything Irish fans need to know ahead of the WWE Royal Rumble this Sunday
New Angela Scanlon show to fill Saturday night slot on RTÉ
You may also like
2 weeks ago
Just Eat have revealed the finalists for this year's National Takeaway Awards
2 weeks ago
Six Irish food businesses served with closure orders in December
2 weeks ago
Birds Eye confirms that you can cook its waffles in the toaster
2 weeks ago
Subway has created a vegan Meatball Marinara and it's now available in restaurants
3 weeks ago
Irish people have spent a lot of money on food and drink over the festive season
2 weeks ago
€350m worth of old punts still unclaimed, say Central Bank
Next Page