This is quite the achievement.

Last year, Belfast and the Giant's Causeway Cost were named the Number One Region in the world to visit by Lonely Planet in their Best Of Travel 2018 guide.

And this year the kind folk at Lonely Planet have been kind to Ireland yet again.

In the popular travel magazine's Best in Travel 2019 list, Diageo's Roe & Co Distillery in Dublin and Tayto Park’s new driving school in County Meath were both named as some of the best new experiences for travelers in 2019.

Kelly said: "It is great to see two Irish attractions featured among the best new experiences in the world in the Lonely Planet’s latest collection.

"There has been a major step-change in the quality and appeal of Irish visitor attractions across the country, and this recognition is testament to the central role visitor attractions play in helping Ireland to stand out in a competitive international marketplace. 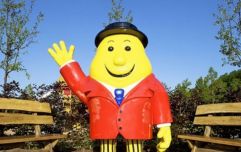 Grab the kids: Under 12s go free to Tayto Park this weekend

END_OF_DOCUMENT_TOKEN_TO_BE_REPLACED

"Dublin’s Roe and Co Distillery and Tayto Park’s new driving school are both prime examples of how private sector investment in attractions in Ireland is not only much-needed in terms of stimulating tourism growth and complementing public sector investment – it is a fast-growing and successful sector.

"Diageo, which owns the Roe & Co Distillery, has been a key player in our Dublin brand offering for many years through the Guinness Storehouse, and Tayto Park has successfully embraced and leveraged our Ireland’s Ancient East brand.

"I’m delighted the work they’ve done to transform their visitor experiences has been recognised – and I’m sure they will be welcoming many more overseas visitors through their doors in the years ahead."


popular
Met Éireann state that three days of snow, hail, and sleet is coming for parts of Ireland
The JOE Friday Pub Quiz: Week 175
Viewers raise over €300,000 after Munster's Billy Holland and wife Lanlih's emotional Late Late Show appearance
The shortlist for the best breakfasts in Ireland has been revealed
How to manage a panic attack, according to the experts
QUIZ: We give you the movie title, you tell us the dog breed in it
THAT Leo Varadkar Hot Press interview revisited, 10 years on
You may also like
5 months ago
Tayto Park will be letting twins in for free this Saturday
6 months ago
An Bord Pleanála refuse planning permission for Tayto Park's new €14m rollercoaster
6 months ago
Here’s everything you need to know about Tayto Park FunFest this weekend
7 months ago
Tayto Park opens new attraction called the Sky Glider
9 months ago
Absolutely bonkers line-up announced for brand new music festival at Tayto Park
1 year ago
If you've ever wondered what Buffalo-flavoured Hunky Dorys are made of, we have the answer
Next Page