The new show is reportedly set to be on ITV1

The new series of Love Island started up this week as a new group of young individuals entered the villa looking for love. ITV have a new show planned, too, for older contestants.

But although the show proves to be as popular as ever, the hit programme largely focuses on a demographic in their early twenties. 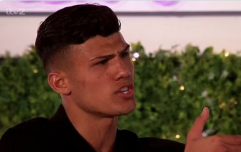 END_OF_DOCUMENT_TOKEN_TO_BE_REPLACED

ITV however are now reportedly planning to launch a show in the style of Love Island for the older generations.

Producers are looking for contestants to apply for a new series which will allow 'vibrant single parents' to find their special someone. The synopsis for the new show, reportedly titled: The Romance Retreat, says:

"ITV1 are looking for vibrant single parents from across the UK who are in search of love, for a brand new dating show!

"This is the ONLY dating show where single parents can search for love, by spending time in a luxury retreat, where all the parents have been nominated by their grown up children."

For anyone who thinks they have what it takes, the deadline to apply for the show is Friday, March 31 at 11:59pm, which you can do here.

END_OF_DOCUMENT_TOKEN_TO_BE_REPLACED

Before that takes place, there is a whole new series of Winter Love Island to contend with first.

What was meant to be an exciting new series has been marred by some glitches with viewers have spotted when watching.

One included the screen freezing as the show introduced the new contestants, spoiling PE Teacher Kai's big moment while another saw the screen go pitch black with just the ITV2 logo on display.

popular
Conor Mcgregor hit by car ‘at full speed’ while cycling
New Netflix series deserves to be as big as Stranger Things
The JOE Friday Pub Quiz: Week 331
Couple left mortified after best man delivers incredible punchline during speech
QUIZ: JOE's Big News Of The Day Quiz #39
BBC apologises after calling Paul Mescal 'British' in Oscar coverage
All of the new Netflix movies and shows arriving in February
You may also like
1 week ago
New Love Island 'bombshells' Zara and Davide already shaking up the main villa
4 weeks ago
Laura Whitmore explains why she really left Love Island
1 month ago
Here are the TV shows that drew the most complaints in 2022
1 month ago
Love Island 2023 details revealed ahead of January return
4 months ago
Here's the line-up for the first Late Late Show of a brand new season
5 months ago
Netflix about to unleash new dating show with extremely weird twist
Next Page