Conor McGregor is reportedly being lined up for a plea deal that will allow him to fight in the U.S.

McGregor is due back in court on Thursday 26 July.

It has been a busy couple of days from 'The Notorious' in the week leading up to the future of his career in the UFC.

In the last two weeks alone, he has:

END_OF_DOCUMENT_TOKEN_TO_BE_REPLACED

THREE Got absolutely mobbed by fans at Longitude

FOUR Was invited to watch the World Cup Final in Russia by President Putin, who he then referred to as "one of the greatest leaders of our time" 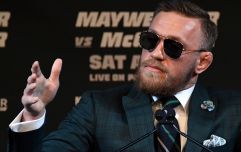 END_OF_DOCUMENT_TOKEN_TO_BE_REPLACED

In terms of living life via headlines, only Trump has McGregor beat.

Still though, this Thursday will see 'The Champ Champ' return to the Brooklyn Criminal Court to face the eventual charges of the Bus Attack that took place back in April.

There had been some mild concerns that McGregor would face some of the harsher punishments, which includes several years in prison, as a way of making an example of him, but it looks a plea deal is about to be made.

As per the report via TMZ: 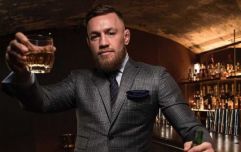 END_OF_DOCUMENT_TOKEN_TO_BE_REPLACED

'McGregor was charged with one count of felony criminal mischief and 3 counts of misdemeanor assault.

'Sources familiar with the deal tell us, prosecutors have agreed to reduce the felony to a misdemeanor. That's hugely significant because a felony involving violence could trigger permanent deportation from the U.S.'

Should the court accept this plea deal, then McGregor will not be barred from the States, and we imagine his return to the ring will occur sooner rather than later, if his latest Instagram posts are anything to go by...

McGregor F.A.S.T athlete! Great swim in the beautiful Irish Sea with the team. Red zone on the @conormcgregorfast program. Sign up today at www.McGregorFAST.com and learn our ways from the comfort of your own home.

popular
5 years ago, Hollywood took a massive gamble on a huge sequel... and lost big time
Netflix has just added 12 very big movies to their library
One of the most underrated crime thrillers of recent years is among the movies on TV tonight
Mystery over 'dead husband' spotted in Indian restaurant has been solved
QUIZ: JOE's Big News Of The Day Quiz #40
"He's a changed man" - Woman marries her 'high school bully'
40 years ago, a sci-fi horror with one of the best special effects of all time was released
You may also like
20 hours ago
Conor McGregor offers solution to Croke Park fiasco that should suit all parties
1 week ago
Conor Mcgregor hit by car ‘at full speed’ while cycling
3 months ago
Conor McGregor slammed for Halloween photo of mum in 'black face'
6 months ago
Conor McGregor to make film acting debut in Road House remake
1 year ago
WATCH: Conor McGregor and Machine Gun Kelly face off at MTV VMAs
2 years ago
Jake Paul calls out Conor McGregor in nasty video
Next Page