'If had it given them a great career, they would not talk about it.'

Morrissey released his new album Low In High School this weekend - to some not so great reviews - and while on the promotional tour, he sat down with renowned publication Spiegel in Germany, and in amongst the conversation of his music and new album, the topic of the sexual harassment and sexual assault stories breaking left, right and centre came up.

Pretty well known for being controversial and inflammatory with his statements - he once referred to the people of China as "a sub-species", and called Madonna "organised prostitution" - so this is nothing new, but the depths of victim blaming on display here is staggering. 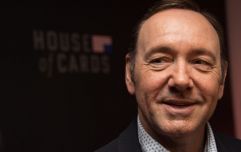 END_OF_DOCUMENT_TOKEN_TO_BE_REPLACED

The interview was originally published in German and then re-printed into English by Stereogum, but we can't imagine too much of his opinion can be mis-interpreted as a dodgy translation.

"To some extent, yes, but then it became a play. All at once everyone is guilty. Anyone who has ever said to someone else, “I like you,” is suddenly being charged with sexual harassment. You have to put these things in the right relations. If I can not tell anyone that I like him, how should he ever know? Of course, there are extreme cases, rape is disgusting, every physical attack is repulsive. But we have to see it in relative terms. Otherwise, every person on this planet is guilty. We can not permanently decide from above what we are allowed to do and what we can not do. Because then we are all trapped. Some people are very awkward when it comes to romance anyway. They do not know what to do and then their behaviour is aggressive."

And here is his response when asked about the Kevin Spacey allegations: 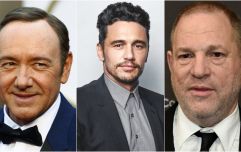 Hitler's Paintings: Is it possible to separate the art from the artist?

END_OF_DOCUMENT_TOKEN_TO_BE_REPLACED

"As far as I know, he was in a bedroom with a 14-year-old. Kevin Spacey was 26 and boy 14 was wondering where the boy’s parents were. One wonders if the boy did not know what could happen. I do not know about you, but I’ve never been in situations like this in my youth. Never. I always knew what could happen. When you are in somebody’s bedroom, you have to be aware of where that can lead to. That’s why it does not sound very credible to me. It seems to me Spacey has been unnecessarily attacked."

And, finally, when asked about the Harvey Weinstein allegations:

"People know exactly what happens. And they play along. Afterward, they feel embarrassed, or they do not like it. And then they turn it around and say: I was attacked, I was surprised, I was dragged into the room. But if everything had gone well and had it given them a great career, they would not talk about it. I hate rape. I hate attacks. I hate sexual situations that are forced on someone. But in many cases, one looks at the circumstances and thinks that the person referred to as a victim is merely disappointed. Throughout the history of music and rock ‘n’ roll there have been musicians who have slept with their groupies. If you go through history, almost everyone is guilty of sleeping with minors."

Unsurprisingly, this has led to some furious online reactions:

Morrissey is like, two shitty opinions away from being invited as a guest onto Infowars.

Welp, 2017 is the year of the reckoning... goodbye forever Morrissey, hope you enjoyed all that money I gave you in the past 26+ years; I LOVE YOU JOHNNY MARR, STAY UP

popular
RTÉ tries to solve Michael Collins murder in new documentary
Two men arrested after woman is stabbed in Kerry
QUIZ: Can you get top marks in this short but tricky Irish geography quiz?
4-year-old girl killed in Sligo caravan park named as Alice Dunleavy
Two long-thought-dead Marvel projects appear to be in the works
QUIZ: Can you score 12/15 in this difficult General Knowledge Quiz?
Family of Ashling Murphy share heartbreaking tribute at Fleadh Cheoil
You may also like
2 months ago
Kevin Spacey charged with four counts of sexual assault
8 months ago
Kevin Spacey ordered to pay $31 million for breaching House of Cards deal
1 year ago
Kevin Spacey lands first movie role since being dropped from House Of Cards
2 years ago
Kevin Spacey has posted another bizarre Christmas video
3 years ago
Ian McKellen issues apology over remarks about Kevin Spacey and Bryan Singer
3 years ago
WATCH: Disgraced actor Kevin Spacey releases new video as Frank Underwood
Next Page