The biggest Irish win from the official Euromillions draw on Tuesday night was €2,000 – a sum collected by 27 people in Ireland – but a punter in Cork won over 40 times that amount after a punt on the draw in a Ladbrokes branch on Tuesday evening. 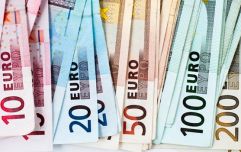 END_OF_DOCUMENT_TOKEN_TO_BE_REPLACED

The wager was placed at Ladbrokes’ Drawbridge Street in Cork city centre and in the nick of time too, with the punter in question selecting the lucky numbers – 11, 15, 20 and 30 – an hour before the draw was made.

Commenting on the bet, Hayley O'Connor of Ladbrokes said: "This is so exciting. We don't know who the lucky punter is yet, only that the bet was placed on a quickslip on Tuesday evening. Whoever they are, I expect they'll be having a massive holiday this summer!

"This is one of a number of large payouts we've had on the Euromillions this year and it is definitely a wager that is growing in popularity." 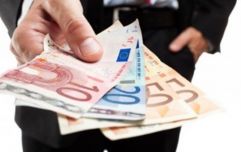 END_OF_DOCUMENT_TOKEN_TO_BE_REPLACED

Ladbrokes also paid out €33,000 to a Dublin punter for another successful bet from Tuesday's draw and seeing as there was no winner of the big prize in that draw, the jackpot will be in excess of €100 million on Friday.

popular
Kirstie Alley: Cheers star dies aged 71
Amazon Prime Video has just added 38 very big movies to its library
Mia Khalifa claims seaside town is better than Miami
The Banshees Of Inisherin is arriving on Disney+ sooner than you might expect
Woman hit by rollercoaster is trapped in own body after finally awaking from coma
Simpsons writer has explanation for the show being able to predict so many major events
5 must-watch shows and movies streaming on NOW in December
You may also like
3 years ago
Who will sit on the Iron Throne? Odds revealed on the big question in the final season of Game of Thrones
4 years ago
Brian O'Driscoll made a tasty sum of money on a Six Nations bet that Ireland would win the Grand Slam
5 years ago
Irish punter scores a massive, winning accumulator by spelling out 'C-E-L-T-I-C'
5 years ago
Kildare punter nets big from outrageous golf bet
5 years ago
A Dublin punter has just won big with this outrageous golf bet
5 years ago
Cork man is waiting on one more bet to win €250,000 in an accumulator
Next Page