September signals the start of a new academic year and with that new year comes a new set of first years who are about to embark on their greatest journey ever.

If you are one of those first years starting college this year, we compiled a list of some serious life hacks that you need to know in order to make the most of your college experience.

END_OF_DOCUMENT_TOKEN_TO_BE_REPLACED

Thousands of students will descend on NUI Galway in the first week of September and although they don't know it now, Galway will soon become their second home.

For those of you who went to college here, this list will bring back some amount of memories about the three or four best years of your life.

Exam papers may change, nights out may vary and even the landscape around you may change but there was always one absolute.

The pigeon that roamed the halls at Smokeys would greet you every day with the same slow waddle and you could be guaranteed that if a tiny bit of your breakfast bar fell on the floor, good old Pidgey would be on hand to gobble it up. 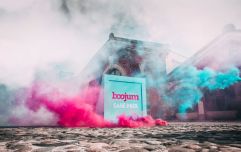 Calling all students! Boojum is giving away an ultimate student package worth €4,000

END_OF_DOCUMENT_TOKEN_TO_BE_REPLACED

Look, we don't know what this was about either. All we know is, it made for a fantastic meet-up spot. It's funny, Big Yellow Thing is possibly the only feature ever that everybody knows about but no one actually knows what it's called for real.

Positioned outside the Concourse, you could stare at this monument while eating your lunch because what better way is there to pass your time?

Apparently, Big Yellow Thing is really called Galway Yellow so we weren't that far off.

The house parties in Corrib Village

Mother of mercy, Corrib Village. If ever there was a perfect time to play the song Welcome to the Jungle, it should be when you step inside the gates of this place for the first time.

There were three sets of houses that were split into four different flats and these were all given different block names.

For example, Block D was your go-to place for a game of football during the day but you'd head to Block L for an almighty sesh in the night time.

Boy, was there some sessions.

As the years went by, security got stricter but that didn't stop the amazing house parties.

Congregating in Supermac's after a night out

You've heard the stories about Supermac's or Smacs on Rag Week and we'll have more on that later.

Heading to Smacs after a night out was a must. You didn't have to get your food here, hell, sometimes you didn't even need to go in through the sacred doors but you needed to be in the vicinity because that was where the action happened.

If you lost your friends after a night out, you'd find them in Supermac's. Didn't get the shift in the nightclub? Head to Supermac's.

All roads led here on a night out and it was extremely convenient because it was a stone's throw away from the taxi rank.

This was far too handy.

To the person who decided to situate NUIG's official college bar on the grounds of the college itself, we salute you. It's not too far away from the library and it was perfect for some study drinks when you were stressing out over exams and better still, it was attached to the hall where exams took place making post-paper-pints an easy must.

Up until about 2013, lecture times always started ten past the hour. The prospect of a nine o'clock start didn't seem too bad but then... shit changed.

They decided to begin classes on the hour and you don't realise how much of a difference ten minutes makes in the morning until you're running late for class.

That was, of course, when you were still going to class. Once you figured out which lecturers put their notes on Blackboard and which didn't, you were laughing. This could easily cut down a 20 hour week in college to a 8 hour week.

As great and all as not going into college seemed, it would eventually take its toll come exam time. You'd head off to the library for the first time all year only to realise that it's probably easier to get into The White House than the James Hardiman building.

If you did eventually find that seat, you better believe you were parking your bum there for the day because if you left your spot unoccupied for more than ten minutes, your stuff would be moved by the library police.

You didn't just get ready for Rag Week, you had to be emotionally and physically fit for it.

It would drain every ounce of energy from your body and every cent from your wallet too.

Thankfully, it only came around once a year but it was an unofficial week long event that was chalked down on your calendar as soon as it was announced.

Initially, Rag Week or Raise And Give Week was set up in the college to help raise funds for charities through different activities.

Although it was a fantastic idea, it ended up causing absolute mayhem in the city and like various objects on the grass at Gort Na Coiribe, it all went down in a blaze of glory.

It still goes on, but in a more unofficial capacity, and its biggest day is Donegal Tuesday, where people queue up outside The Hole in The Wall at 8am in Donegal jerseys for no apparent reason other than to go on the beer.

Who's a sexy Garda?

Okay, try and keep up.

Electric used to be CP's and that's right beside four/four (which on the weekend is called Halo, we don't know why). Sometimes the two of those join up to make a super club.

Carbon was originally called GPO which is funny considering it's actually beside a post office.

The Bentley is now McGettigans and sadly Club K is no longer with us, R.I.P.

Just off Eyre Square was a place called Karma. It was the last nightclub with its original name but as of Summer 2017, it has been renovated and is now called D.N.A.

The club names will continue to change in the future no doubt but we will never forget the Jagerbombs, fishbowls, the spare cigarettes and the amount of sweat lost on the dancefloor.

Normally held at the end of the semester, Christmas Day was an outrageous day in the NUIG year. Putting on the woolliest and festive of jumpers and playing Christmas music in November may seem too early but it is acceptable on this day and this day only.

You had to get to the college bar early on the Thursday morning if you wanted to be in with a chance of getting any Christmas dinner, (you'll eat anything at 9am in the morning before a feed of pints).

Also, isn't it funny that people can get up at 9am for Christmas Day but find it next to near impossible to drag themselves out of bed for class at 12pm?

The Devil of all bridges. Before we go off on a rant about this piece of infrastructure we must talk about its sister bridge, the Salmon Weir.

The Salmon Weir which connects the college to town is extremely narrow and the footpath is just big enough for a single file of walkers.

Do people walk in single file though? Nope, which meant that shoulders would fly in all directions as people tried to pass each other and not get run over by traffic at the same time.

The Quincentenary, on the other hand, had a big footpath but it made going to college an extremely hard task.

It connected Gort Na Coiribe and the college together but crossing Quinny came with a 'You shall not pass' warning.

You were always gone too far to turn back also which meant that if it started raining, whether you ran to college or ran home, you were going to be soaked when you arrived at your destination.

The walk was just long enough for you to contemplate whether going to college was actually that important at all. 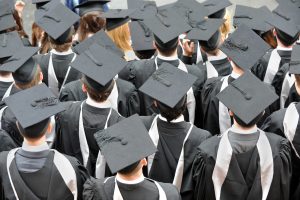 Excuse us for a minute while we wipe the tears from our eyes. We love NUIG with all our heart, we really wish we could go back.

popular
QUIZ: Can you identify the famous song from the opening line?
Man arrested on suspicion of the murder of Irish man in London
Here's how to make €9-11 on Revolut in just a few minutes
New car-free town with population of 85,000 set to be built in Dublin
Galway City Council street cleaners claim Lotto jackpot worth over €5.5 million
QUIZ: Can you name all the countries beginning with A?
Elderly Irish man stabbed to death on mobility scooter in London
You may also like
6 months ago
UCD students provided with €30 gift voucher after toilets were contaminated with wastewater
10 months ago
Gardaí warn students over cannabis edibles and nitrous oxide balloons as Freshers' Week begins
1 year ago
Simon Harris confirms universities will reopen on campus from September as "essential service"
1 year ago
200,000 college students to return to campus from September with facilities fully open
1 year ago
GMIT President issues apology after video footage leaks of lecturers insulting students
1 year ago
NUI Galway Students’ Union calls for rent refunds
Next Page