And terrifying. But mostly, amazing.

The remake of Stephen King's horrifying novel It is set to hit cinemas next week, and while we know we're going to be absolutely terrified watching the movie, we also can't wait.

Neither can Eagan Tilghman, it seems, because he's only gone and dressed his little brother up as Pennywise the clown and done an unreal photoshoot with him - balloons and all. 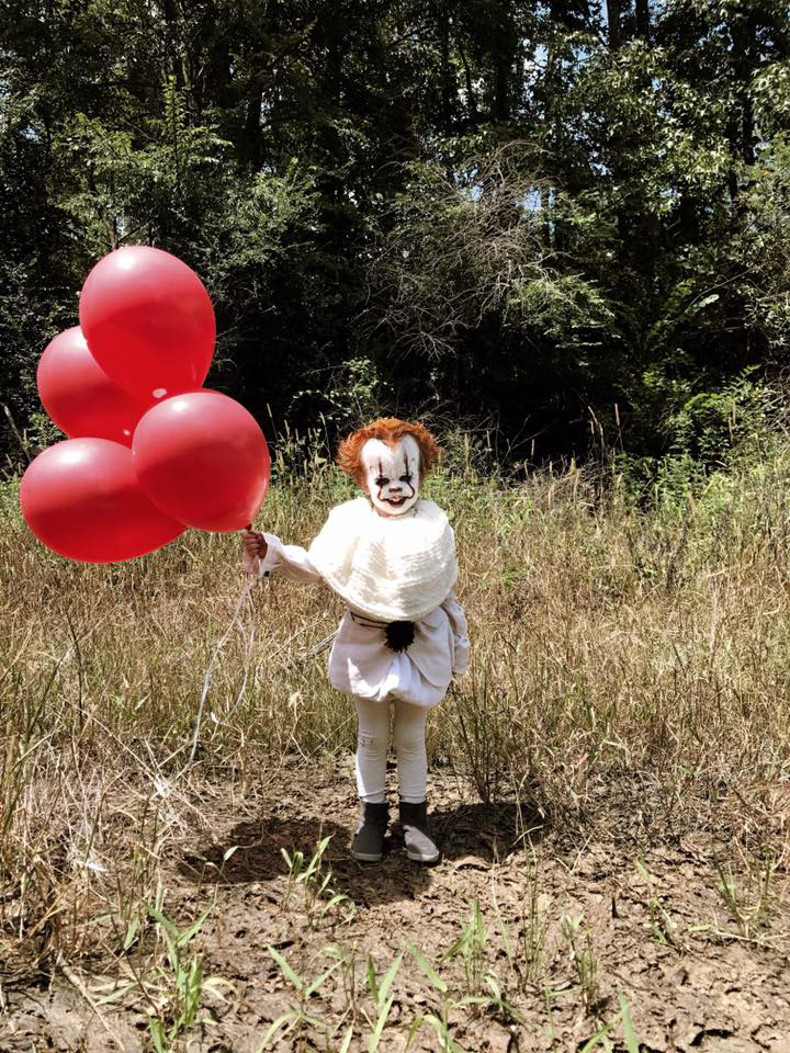 Eagan originally shared the photos he took of three-year-old Louie on his Facebook page with the caption "I got bored."

Fair play to you, Eagan. When we get bored we usually binge watch trash TV on Netflix, not create our own (painfully impressive) real-life Pennywise. 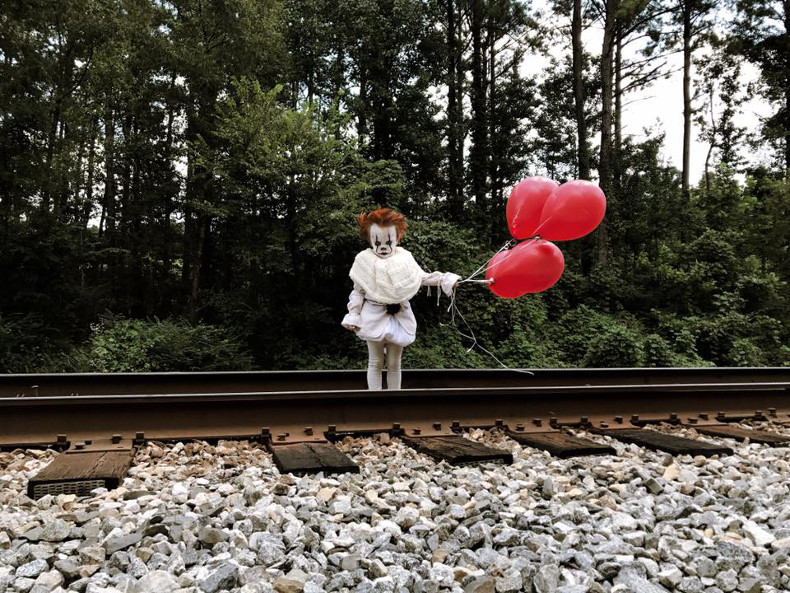 He even convinced brother Louie to stand in a river for the shoot. 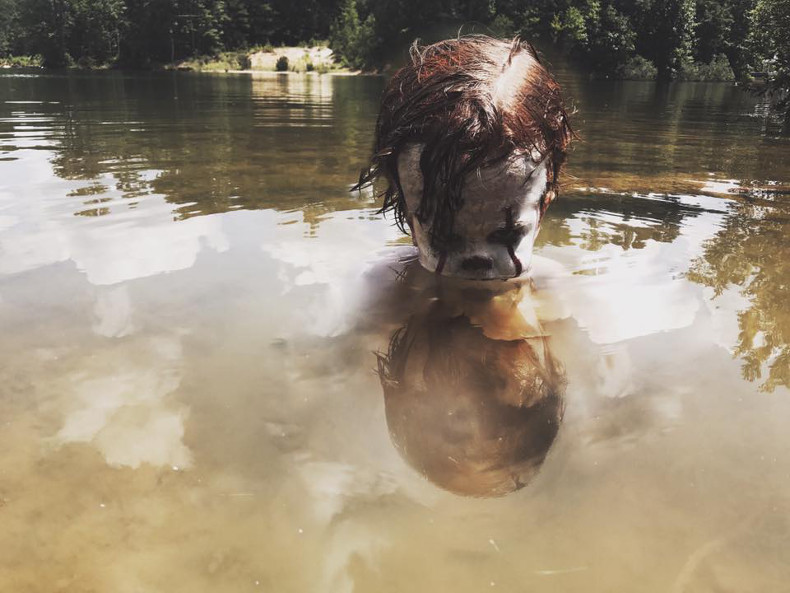 Eagan's work has already received almost 3,000 likes on Facebook, with friends and fans of the movie applauding the Mississippi teenager's creativity. 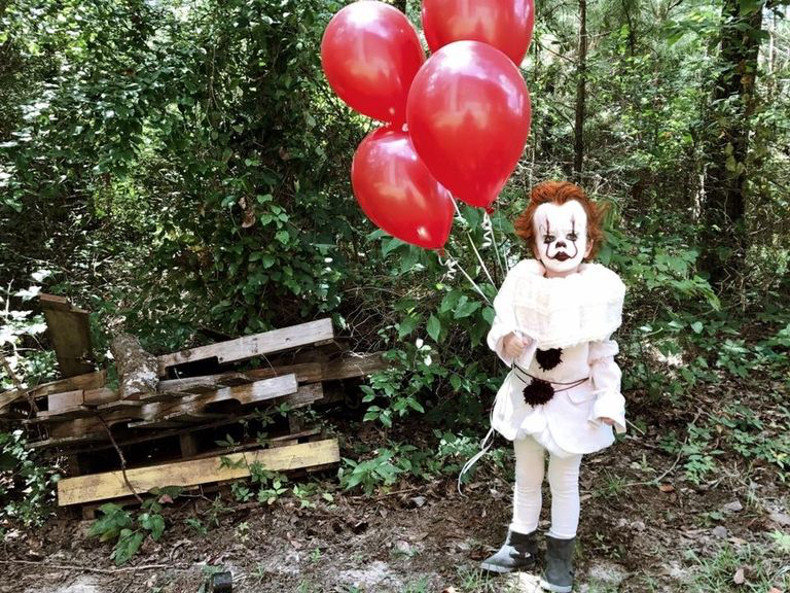 And we don't blame them.

He is one talented guy. 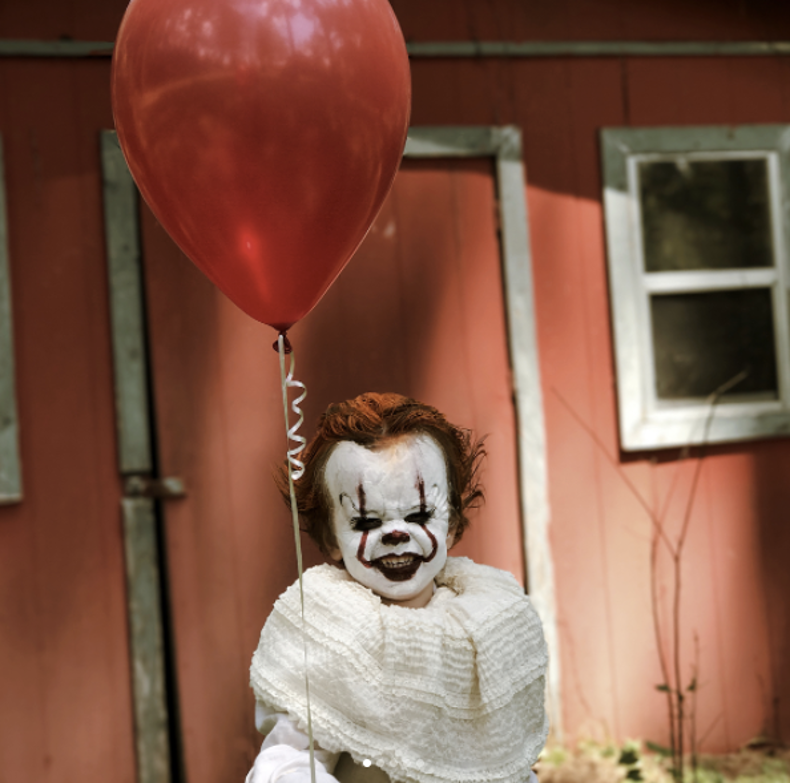 Eagan has since shared a photo on his Instagram of Louie without his Pennywise makeup and forehead modifications.

In the post's caption, he wrote:

"(Louie's) actually quite adorable compared to his portrayal of pennywise. So as you can tell, he's pretty serious about staying in character."

Eagan's been all over Twitter trying to get he and Louie a spot on The Ellen DeGeneres Show.

They're certainly hell-bent on scaring the crap out of America.

popular
The JOE Movie Quiz: Week 80
QUIZ: Can you guess these European countries from their outlines?
QUIZ: How well do you know Elf?
Donald Trump paid $3 million for recount that uncovered more Biden votes
The 50 most iconic songs of all time* have been revealed
The JOE Music Quiz: Week 35
Gardaí search suspected shebeen in Kerry
You may also like
2 weeks ago
35 questions that need answering from the Wild Mountain Thyme trailer
3 months ago
QUIZ: Can you name all of these Disney sidekicks?
1 year ago
QUIZ: Is this a Robert De Niro film, or an Al Pacino film?
1 year ago
Viewers walk out of festival screening of The Nightingale due to gratuitous scenes
1 year ago
TRAILERCHEST: The first official trailer for Rambo: Last Blood is finally here
1 year ago
Here are all the new titles coming to Netflix in May
Next Page