PIC: You can almost feel this man's pain after his mates forcibly slapped his back

We all need a reassuring pat on the back on the back sometimes but there's a fine line between comforting a friend and beating the living crap out of them. Ok, it's a fairly big line that's probably as long as the equator!

JOE reader Aneka Mary sent this snap into us and it's almost impossible not to grimace in pain after seeing the very forceful slap that her friend received from his mates.

She tells us that "we're currently in Vietnam on holiday & he decided to take his shirt off so his lovely friends gave him a good slap. He nearly puked!".

This looks worse than sunburn. Take a look. 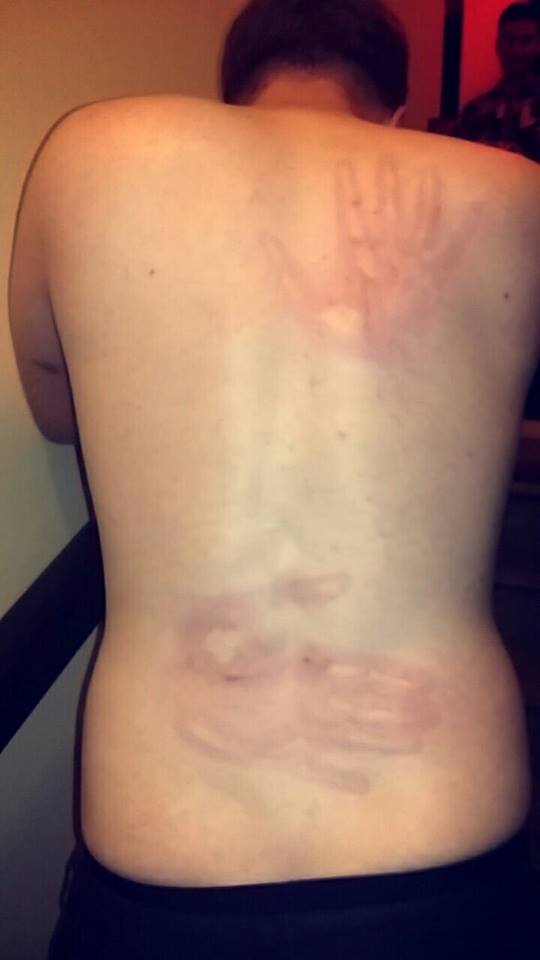 House of Rugby Ireland · Munster's nail-biting win, European games in doubt and Darren Cave interview
popular
QUIZ: Can you recognise each of these iconic Dublin pubs?
Recall of Pedigree dog food over safety concerns
The JOE Friday Pub Quiz: Week 226
QUIZ: Can you pass your driving test and guess the meaning of all these road signs?
QUIZ: Can you correctly identify these European country flags?
QUIZ: Can you guess the drink from its can?
The JOE Movie Quiz: Week 84
You may also like
3 years ago
PIC: Enda Kenny. On a Dublin Bike. In a vintage Mayo tracksuit. And a backwards cap. That is all.
5 years ago
Pic: David Cameron stars in the funniest viral picture of the British election so far
6 years ago
Pic: WWE fan gets GIANT portrait of The Rock tattooed on their leg
6 years ago
Pic: Irishman snaps stunning pic of the Milky Way over Cork
6 years ago
Pic: Steven Gerrard posts a picture of the Liverpool team on the beer in New York
1 month ago
REVEALED: The winners of all 28 categories in the 2020 Just Eat National Takeaway Awards
Next Page