PIC: There's a brand new Irish care-package from the creator of the "Paddy Box"

Happy birthday to you.

Anyone who has ever spent more than a year outside of Ireland, and let's face it, that's a lot of us, knows just how important home comforts can be.

That's why it was music to our ears when the Paddy Box launched in 2017 — resulting in 1000s of deliveries to those poor souls trapped abroad, far away from Tayto and Cadbury's.

Now the company has launched its latest box: The Birthday Box — replete with a lot of classic sweets that any Irish birthday just isn't complete without. 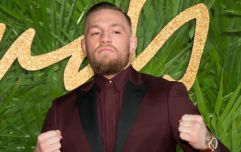 END_OF_DOCUMENT_TOKEN_TO_BE_REPLACED

Speaking on the business' success, Loftus said: “It’s been a whirlwind since we launched, a response we could only have wished for. As a new, small Irish business, we’re really proud of and grateful for the positive feedback from consumers at home and abroad. We've sent thousands of Paddy Boxes to over 76 countries worldwide so far.

"Our most popular box destinations are Australia being the most popular, closely followed by the US, Canada, the UK and New Zealand. Our most popular boxes have been The Custom Box (41%), The Not Before Your Dinner Box (25%). Within our custom box, it's clear that Tayto Crisps, Cadbury Dairy Milk Chocolate, Cadbury Purple Snacks and Ballymaloe Relish have been the fan favourites”.


popular
Dublin's Olympia Theatre to host Bohemian Rhapsody and The Greatest Showman sing-a-longs
QUIZ: Can you name all 14 landlocked counties in Ireland?
Gardaí warn of phone scam that could cost consumers a "small fortune"
QUIZ: How many of these Recess characters can you name?
The JOE Movie Quiz: Week 37
Here are the best movies on TV tonight
WATCH: For the first time since 2011, someone has won the Winning Streak jackpot of €500,000
You may also like
10 months ago
WATCH: Mitt Romney blowing out his birthday cake is the strangest thing you'll see today
2 years ago
QUIZ: Can you name Spielberg's ten biggest movies in 3 minutes?
2 years ago
Irishman asking friends to post more than just screenshots for birthday this year
2 years ago
PICS: Behold this glorious Supermac's themed birthday cake
2 years ago
Blowing out your birthday candles is actually super gross, says science
3 years ago
This is the most common birthday to have
Next Page