Pics: Seven of the most inappropriate selfies you're ever likely to see

In November 2013, the word 'selfie' was announced as the 'Word of the Year' by the Oxford English Dictionary. It's the social media phenomenon which has swept the world. There is a time and a place for the selfie, however, so sometimes, it's just not appropriate.

Barack Obama is the most powerful person on the planet. He's a smart guy. Not a smart guy with a smart phone though. This selfie with David Cameron and the Danish Prime Minister, Helle Thorning-Schmidt (pic below) was deemed wholly inappropriate as it was taken at the funeral of Nelson Mandela. Judging by the picture, his wife Michelle feels the same way. 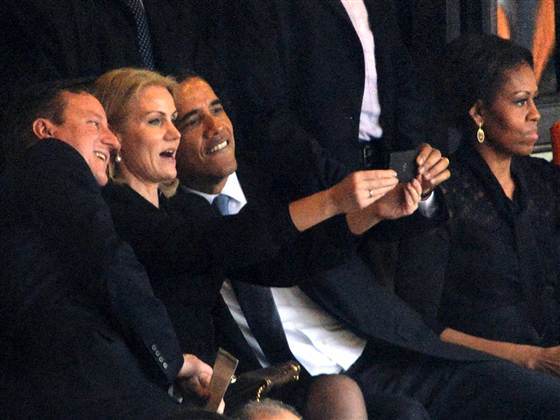 The selfie above (also main pic) was taken by a pair of Arizona students after their team were beaten in their Elite Eight match against Wisconsin at the weekend. The Arizona students rioted after the defeat and these girls felt this was a fantastic opportunity for a selfie, complete with riot police in the background.

so my plane just crashed... pic.twitter.com/X51BLwa5PS

The selfie above was taken by this lady who immediately took to Twitter to pose shortly after the flight she was on crashed upon takeoff. Thankfully, nobody was hurt and the selfie was the only painful thing about this whole experience.

END_OF_DOCUMENT_TOKEN_TO_BE_REPLACED

We haven't been able to locate the source for this next selfie (pic below), but we do know it's fairly inappropriate. It's a man posing for a selfie outside a lift. As you can see, the lift is stuck full of panicked looking people trying to get out. 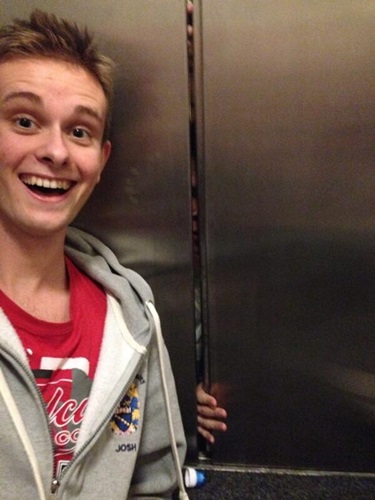 There just has to be a time when you recognise in your own head that it isn't a good time for selfie. We're not sure why this was taken. Perhaps it was taken because the guy does remove a lot of clothing to have a pee, but still, surely it's never appropriate to take a selfie in a toilet, whatever your reason. 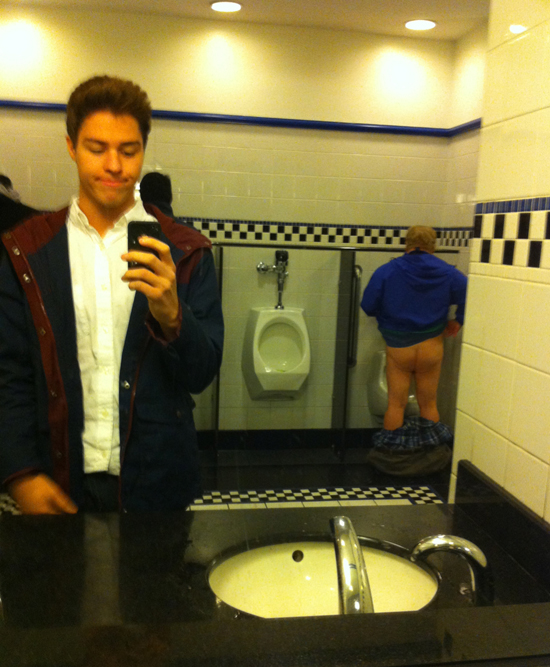 We know a lot of people like to take selfies to look attractive or sexy. That's all well and good, but surely there's no need for you to involve your granny in helping you with your sexy look. This is strange at best. 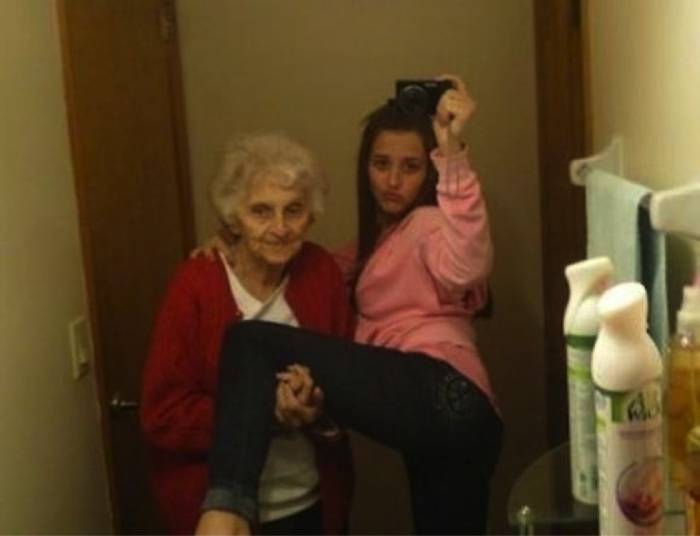 END_OF_DOCUMENT_TOKEN_TO_BE_REPLACED

People in relationships have been known to send each other saucy pictures which, of course, is all very well between consenting adults, but we beseech you, beg you to please, have a look around the room before taking the picture. Just in case, you know, your little kid walks in and sees you in a compromising position. How do you explain that? Training for Twister isn't going to cut it.

popular
The Toy Show DJ brothers have been offered their very first gig
Clint Eastwood's final western is among the movies on TV tonight
The 50 most iconic songs of all time* have been revealed
The JOE Friday Pub Quiz: Week 271
The full list of all the new shows and movies coming to Netflix in December
Ryanair's "virtue signalling" claims are indicative of Ireland's view on the Irish language
QUIZ: Let's get cracking with this General Knowledge Quiz
You may also like
2 days ago
Who tweeted it: Simu Liu or Rahul Kohli?
1 week ago
Cow escapes field, heads to resort and gets stuck on water slide
1 month ago
Drunk man reported missing ends up joining search party to find himself
3 months ago
WATCH: The interview between Niall Horan and Lizzo is an absolute flirt-fest
6 months ago
Shrek fan notices X-rated Easter egg that we all missed as kids
3 weeks ago
Galway castle makes list of weirdest Airbnbs in the world
Next Page