The total bill for Rebekah Vardy could come to well over €3.4m.

Rebekah Vardy has been ordered to pay 90 percent of Coleen Rooney's legal costs after her failed libel action against her. 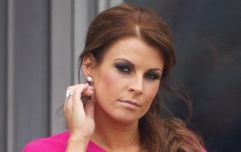 END_OF_DOCUMENT_TOKEN_TO_BE_REPLACED

After paying her own legal costs and fees as well, Vardy could end up having to pay more than £3m for the trial, the Guardian reports.

Earlier this year, Vardy took Rooney to the High Court, claiming the wife of Wayne Rooney had libelled her.

In a statement, Mrs Justice Steyn stated the total legal bill which Coleen is yet to finalise with the court. Coleen's lawyer, Paul Lunt estimated it to be around £1.66million.

But Mrs Justice Steyn explained that she had done "the best" she can to "estimate the likely level of recovery" but while bearing in mind the Defendant had not yet produced a bill, the cost would be around £800,000. 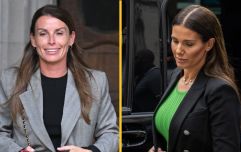 END_OF_DOCUMENT_TOKEN_TO_BE_REPLACED

Rooney, 36, had sensationally claimed on Instagram that Rebekah had leaked several stories to the British media, including claims the basement of her Cheshire home had flooded and Coleen was planning a return to television work.

Vardy always denied she passed on the information but in the High Court, Mrs Justice Steyn ruled in Rooney's favour and judged that she had not libelled her.

She wrote of Rebekah’s action: “The claim has been dismissed. The defendant succeeded in establishing that the essence of the libel was ­substantially true.” 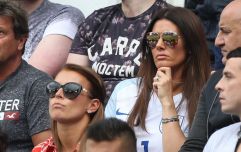 END_OF_DOCUMENT_TOKEN_TO_BE_REPLACED

Judge, Justice Steyn found that Rooney had succeeded in establishing that the essence of the libel was "substantially true" and that Wayne Rooney's wife's reveal post was a "a matter of public interest" due to "the undesirable practice of information (in the nature of mere gossip) about celebrities' private lives being disclosed to the press by trusted individuals".

Vardy voiced her upset following the trial's verdict, saying that she was "devastated" by the outcome.

In a statement she said: "The judge accepted that publication of Coleen's Post was not in the 'public interest' and she also rejected her claim that I was the 'Secret Wag'. But as for the rest of her judgement, she got it wrong and this is something I cannot accept."

"I am extremely sad and disappointed at the decision that the Judge has reached. It is not the result that I had expected, nor believe was just. I brought this action to vindicate my reputation and am devastated by the Judge’s finding."