REVIEW: School of Rock brings the same great chaotic energy to the stage

Released in 2003, who would've guessed that Jack Black's comedy School of Rock would become such a cultural phenomenon?

At the time, the movie was a massive critical and commercial success, and was also apparently directly responsible in a major uptick in young people's interests in learning how to play musical instruments.

END_OF_DOCUMENT_TOKEN_TO_BE_REPLACED

Having now seen the stage musical version, you can only imagine that it will likely have a similar influence on the younger members of the audience.

This adaptation features compositions by Andrew Lloyd Webber, with Downton Abbey's Julian Fellowes providing the stage script, and they've combined this with the same barely-contained energy from the movie itself.

To be fair, it would be an entirely make-or-break experience based on the central performance of Dewey Finn, who is here portrayed by Jake Sharp. 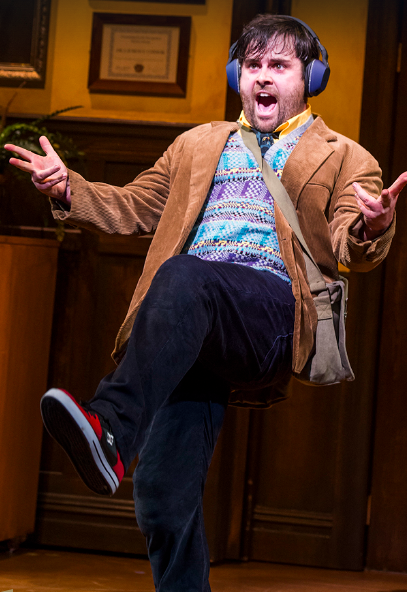 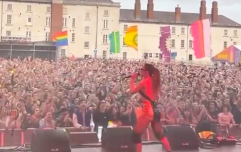 END_OF_DOCUMENT_TOKEN_TO_BE_REPLACED

The plot remains pretty much identical to the movie's: in a desperate move to make rent, failed rocker Dewey fakes his way into a substitute teaching gig in a very prestigious school.

Initially thinking he has nothing in common with the posh kids, once he discovers they're all naturally gifted musicians, he moulds the kids into a rock group, hoping to win a nearby Battle of the Bands competition with them.

Along the way, he teaches them how to be not so uptight, while they teach him the importance of reliability and maintaining friendships. It is, to put it simply, all very lovely. But importantly, not cloying, thanks to the generous servings of spiky humour throughout.

END_OF_DOCUMENT_TOKEN_TO_BE_REPLACED

The biggest difference is that while the majority of the music in the movie is the kids learning to jam out in class, here they're replaced by 14 original compositions, arriving in typical musical fashion to explain a plot point or a character's emotional state. However, the biggest difference in that here is that they're pretty much all rock songs, with Andrew Lloyd Webber's new songs leaning brilliantly into the genre that the musical is playing within.

All of the performers on stage - including the young kids - are all singing and/or playing those instruments themselves, with most of them given they're own little arcs, from overly pressuring parents to not fitting in at a new school, and they're all given lovely, emotional pay-offs.

The staging is simple but effective, keeping most of the action to the confines of the classroom, but able to switch it up very quickly to a jukebox-soundtracked dive bar or Dewey's scruffy bedroom.

At this point, having been around since 2015, the musical feels like a well-oiled machine, culminating in a fantastic, crowd-rousing performance of the title song.

School of Rock will be performed at the Bord Gáis Energy Theatre in Dublin until Saturday, 2 July.

Full details on timings and prices can be found here.