It's been a rough year, for obvious reasons.

The news yesterday that one of  President Michael D. Higgins' dogs Síoda passed away after a short illness hit a wearied Irish people really hard yesterday.

That might sound strange, in a year where we have become accustomed to daily announcements of new Covid-19 cases and the obvious sadness that comes with further reported Covid deaths. But it did. 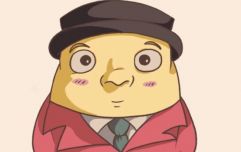 END_OF_DOCUMENT_TOKEN_TO_BE_REPLACED

Maybe it was the fact that so many of us can relate to the loss of a beloved pet. Maybe it's because the photos of Bród and Síoda welcoming visitors to our president's residence over the last few years have contrasted so sharply with what we have seen of other world leaders. Maybe it's just because, as a nation, we're tired and sad and the loss of our national joyous ball of fluff came at the end of yet another crappy week.

At a time when our capital went into a three week lockdown, the pandemic is resurgent across Europe and we face into an uncertain winter, what may seem to have been a relatively small bit of sad news felt like it had punctured the last bit of optimism in us after 2020 had done the lion's share of deflating our national sense of optimism. It was a kick when we were down, and the last thing we needed.

But, like so many times this year, hope and collective support once again refused to lie down.

In the midst of the outpouring of sadness and condolences for Ireland's First Dog, #NosesForSíoda began to trend on Irish social media. People posted pictures of their pets, some of whom had also recently passed away, as the country tried in some way to lighten the dark mood that has fallen.

It's a small thing. I know that. But in a way it captured something we've all needed in 2020 and something we will continue to need going forward; each other.

The ability to rally around each other, to show vulnerability and receive compassion in return. The want and desire to ease another's suffering.

So many people have had their grief stunted and forced almost underground by the inability to have full funerals, and hold one another in recent months. It felt like yesterday tapped into a well of national, unspoken grief we will need to come to terms with on the other side of this crisis. Síoda's death perhaps gave the country a chance to mourn together in a way we haven't really had the chance to do yet. 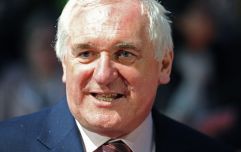 WATCH: Bertie Ahern doesn't 100% rule out the likelihood of running for President

END_OF_DOCUMENT_TOKEN_TO_BE_REPLACED

You might say this is blown out of all proportion. You might say it's an absolute reach to say all of this. You might have already scrolled past the words to get to the pictures of cute dogs.

But I think the fact that in such a difficult year, that we steadfastly refuse to lose our humanity and can unite in such a simple, yet effective way while the world divides around us, is something to be celebrated.

Now you can look at the dogs!

Our heart breaks for @PresidentIRL and Sabina and of course Brod. Here is Indy adopted in Galway from @GSPCA and now living in #Nice France sending love #nosesforsioda pic.twitter.com/ACGyJacKvf

#nosesforsioda
It’s a terrible thing to lose a friend, but a treasure to have had one in the first place. pic.twitter.com/tX2EqBju6L

Here’s Chester who died last year after about 14 years of pretending to be a puppy. 💙 #nosesforsioda pic.twitter.com/zucApSgKN1

popular
Half of arrivals into Ireland this week were returning from holidays, says Taoiseach
Hedge fund requires bailout after Reddit users cause 800% increase in GameStop shares
QUIZ: Can you name all of these countries just from one of their cities?
RTÉ Prime Time footage shows tanned Irish holidaymakers returning from Lanzarote
Scrubs, Family Guy and Grey's Anatomy coming to Disney+
Marc MacSharry says "if the KKK is selling a vaccine", Ireland should buy it
Proud Boys leader has past of working undercover for law enforcement
You may also like
1 week ago
Church and State "bear heavy responsibility" over Mother and Baby Homes, says President
3 months ago
President Higgins signs Mother and Baby Homes Bill into law
7 months ago
Michael D Higgins sends brilliant message to all sixth class students in Ireland
7 months ago
President Michael D Higgins says we need to look at how frontline workers are paid
9 months ago
President Michael D Higgins: "Severity" of Covid-19 outbreak is "in our hands"
9 months ago
President Michael D. Higgins issues new statement on Covid-19 pandemic
Next Page