Power naps could be the key to fixing the problem.

Experts have warned that sleep deprived medical staff pose as much of a risk on roads as drunk drivers and have called for key changes to be made to hospital shifts in order to fix the issue.

As explained at a European medical conference last week, it is believed that approximately half of all doctors and nurses have experienced accidents, crashes or near misses whilst travelling home following night-long shifts. 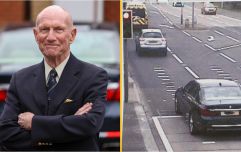 END_OF_DOCUMENT_TOKEN_TO_BE_REPLACED

As such, the risk they pose to their fellow drivers has been calculated to be the same as those that drive over the legal alcohol  consumption limit, with new suggestions made that could help alleviate this dangerous problem.

Following this, medical experts have called for staff to be able to have 20-minute micro-naps or power naps to help break up long, overnight shifts. It is hoped that this change would not only make their home commute safer when travelling on roads but also avoid mistakes caused from tiredness when administering drugs or other medical procedures.

It is believed that extreme fatigue can lead to spontaneous, uncontrollable sleep lapses, with research showing that these microsleeps can be particularly dangerous for those charged with operating heavy machinery or a vehicle. The issue begins to build after two or more nights of interrupted sleep and can take up to two additional nights to get back to normal.

Speaking at the Euroanaesthesia Congress in Milan last week, Newcastle Hospital consultant anaesthetist Nancy Redfern explained: “When fatigue sets in, we in the medical and nursing team are less empathetic with patients and colleagues, vigilance becomes more variable, and logical reasoning is affected, making it hard for us to calculate, for example, the correct dose of drugs a patient might need. 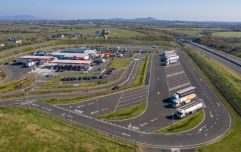 END_OF_DOCUMENT_TOKEN_TO_BE_REPLACED

“We find it hard to think flexibly, or to retain new information, which makes it difficult to manage quickly changing emergency situations. Our mood gets worse, so our teamwork suffers. Hence, everything that makes us and our patients safe is affected.”

Speaking to The Observer, Redfern added: “Fatigue played a key role in accidents like Chernobyl and the Exxon Valdez disaster. As a result of these spectacularly horrendous incidents, these industries had to make legal changes to prevent fatigue and further disasters.

“Meanwhile in the health service, we just go on quietly dying one at a time. There has been no push to bring things up to date. Doctors and nurses are still being asked to work long hours and into the early hours.”

Redfern continued, highlighting the dangers that can be caused by extended periods of wakefulness and explaining that doctors or nurses that drive home after being away for 20 hours or more can be just as dangerous on the road as those that drive whilst drunk.

END_OF_DOCUMENT_TOKEN_TO_BE_REPLACED

“I know of several colleagues who died driving home while really tired,” Redfern said candidly. “Indeed I don’t think you could name a doctor or nurse or another allied health professional who has not been affected by this sort of thing.”

A 2017 survey conducted by the Anaesthesia journal revealed that 57 per cent of those that took part had experienced either an accident or a near miss whilst driving home after a night shift - with much of the blame placed on a lack of breaks and rest facilities whilst at work.

popular
The JOE Friday Pub Quiz: Week 331
New Netflix series deserves to be as big as Stranger Things
QUIZ: JOE's Big News Of The Day Quiz #39
Couple left mortified after best man delivers incredible punchline during speech
BBC apologises after calling Paul Mescal 'British' in Oscar coverage
Forspoken breaks the golden rule of gaming... and not in a good way
Netflix has just added one of the best sci-fi movies of recent years
You may also like
5 months ago
Fines for ignoring school warden stop signs to be doubled
5 months ago
COMPETITION: Here's how you can WIN €500 off your young driver car insurance with Allianz
8 months ago
The counties with the lowest driving test pass rates have been revealed
9 months ago
Ireland's first motorway average speed camera system to begin operating next week
1 year ago
Almost 1,000 people arrested for drink-driving offences over Christmas
1 year ago
AA issues warning as schools set to reopen
Next Page