"Could someone please put out the Child of Prague?" - Staging Shakespeare during a typically Irish summer

10 days out from opening night and it is bucketing down. The clouds have been threatening it for the past hour but there are still people caught unawares and under-dressed, ducking for cover and cursing this Irish summer.

June 20 is the opening performance of A Midsummer's Night Dream and it is to be staged outdoors. That is Plan A, but it has been trucking it down all May and the first week of June has been drab.

This time last year we were in the dizzy midst of a heatwave. Remember that? Remember when you actually considered buying in big five-litre water bottles just in case it never rained again in the country?

Those involved - 22 cast members and another dozen making up the crew and support staff - are deep in rehearsals, preparing for Plan B and some are as worried about the forecast as they are about remembering their lines.

In the WhatsApp group set up for the show, a message goes out about the next rehearsal and a link is shared to a news story about the promise of better weather.

There is a note, too, about a run-through at the venue - the walled gardens of St Enda's Park, Rathfarnham. Opening night nears and the next big get-together will be out in the elements. A reply quickly arrives:

"And could someone please put out the Child of Prague!" 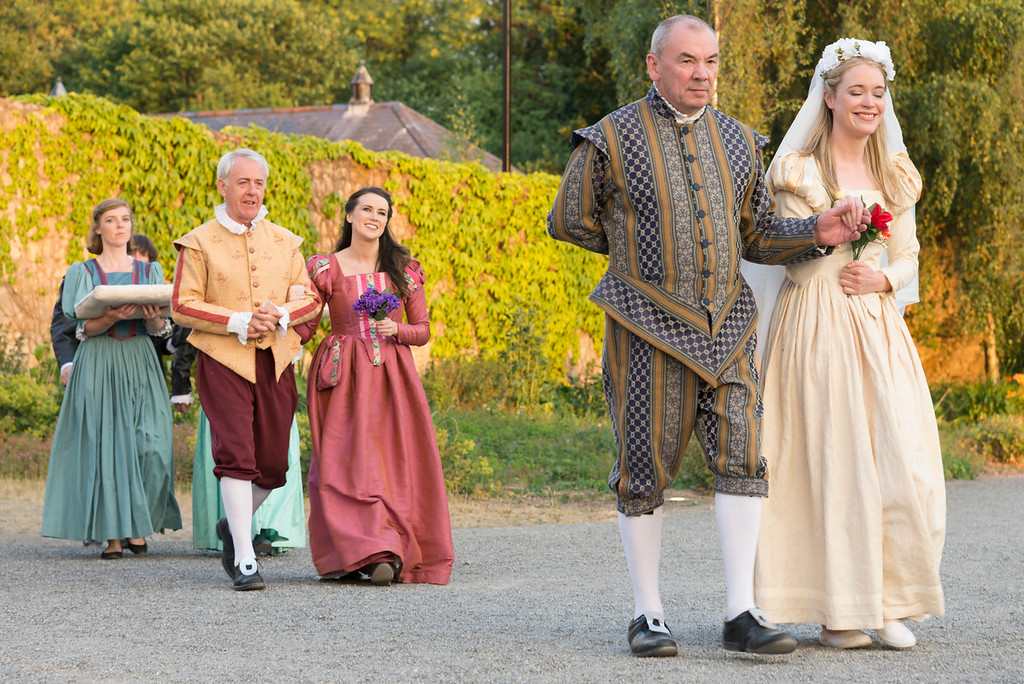 A wedding scene from last year's staging of Much Ado About Nothing (Photo: Declan Brennan)

END_OF_DOCUMENT_TOKEN_TO_BE_REPLACED

In Ireland, we often crack out that Child of Prague statue when we are practically begging for sunshine. It is usually reserved for weddings but it has been known to appear outside of front doors if there is a communion coming, or a barbecue you've spent weeks planning.

Luckily for all at Balally Players - the Dundrum-based group staging the Shakespeare comedy (June 20-29) - the show's director has been here before.

Starting back in the 1980s, Karen Carleton has directed over 50 plays for the group yet she was inclined to bring A Midsummer Night’s Dream back for another run as she is such a fan.

“The language of the play is just so beautiful," she says.

“It is certainly one of my favourites. The show is a mix of comedy, drama, bawdiness and charming love stories.”

Staging any production outdoors in Ireland, even in the height of summer, brings our unpredictable weather into play. Last summer’s acclaimed production of Much Ado About Nothing was played out in gorgeous sunshine, as the entire country basked during an unprecedented stretch of good weather.

This time around, the daily forecasts are being closely monitored but there is a cosy contingency plan.

“We have found, in the past, that audiences are happy to take in the show if there is a light sprinkling of rain – it is all part of the outdoor theatre experience,” says Carleton, “but we will track the weather closely each day. Should the forecast be poor, we can easily move the show into a lovely room inside the main house at Pearse Museum. That holds 70 people and is another nice setting for the show.”

The latest forecast bodes well for the show's opening run of performances (as of Wednesday morning): 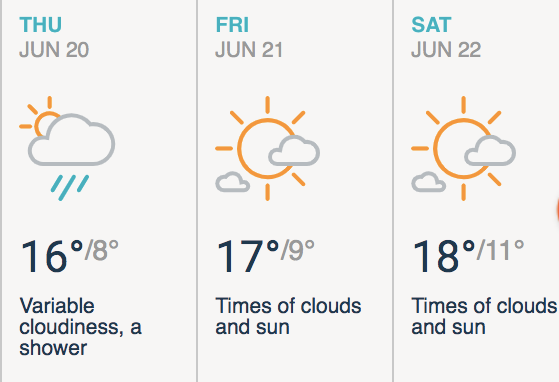 All bases are covered weather-wise and the rehearsals have been going well. Being an outdoor production, Carleton has been working with the actors of voice projection and all involved in the show will remain in character when they are not on set. The idea is for the show to feel immersive and take the audience back to Shakespearian times.

Saying that, back in the 16th century, there were no cooler bags to keep bottles of wine chilled but modern needs must. Outdoor Shakespeare performances have become a summer tradition for many and groups of friends and families often plan get-togethers around the evening.

“The walled gardens at St Enda’s make for a lovely setting, with ornate trees and colourful flower beds,” says Carleton. “Audiences have marvelled at the surrounds at shows we have held there in the past. It is usually a lovely evening and we often have people bringing along picnics and enjoying the show over a nice glass of wine.”

As for the show itself, A Midsummer Night's Dream follows two pairs of young lovers and a group of 'mechanicals' (actors). They journey into the spirit world with Oberon, Titania, Puck and two diminutive fairies and as night falls in the park. 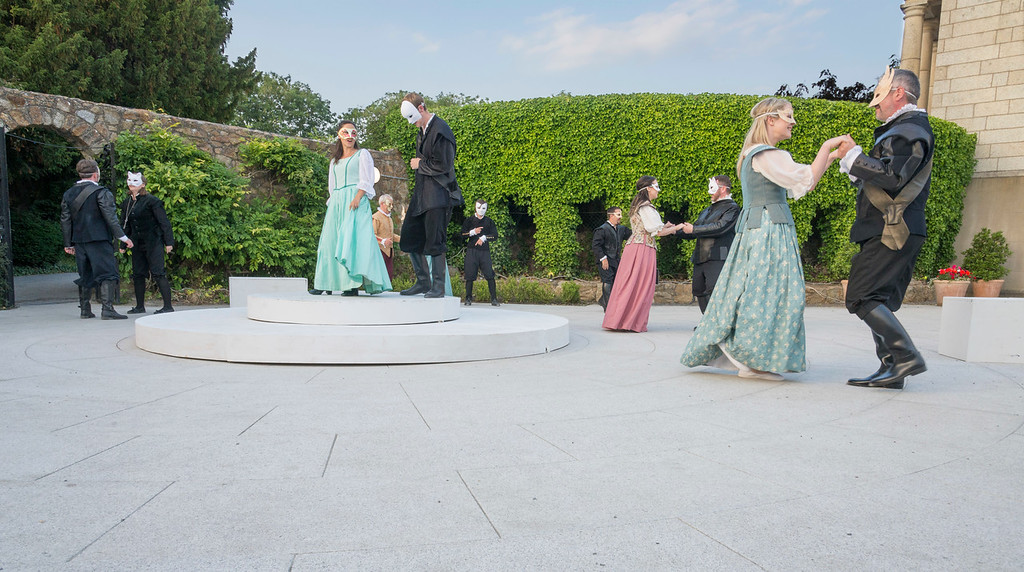 Duration is two hours including a short interval. Tea, coffee and wine are available at the café and picnics are welcome. The group recommend that you bring a throw or an extra layer of clothing, for later in the performance, as it can get chilly, on certain nights.


popular
Take some time to watch the music video for James Blunt's 'Monsters'
The JOE Movie Quiz: Week 38
Barry Keoghan has never looked scarier than he does in Calm With Horses
Heavy snow impacts flight schedule at Knock Airport
QUIZ: Name the missing word from these famous Dumb and Dumber quotes
Chinese student who travelled from Wuhan in isolation in Waterford as precautionary measure
Edge makes electrifying return at WWE Royal Rumble
You may also like
1 year ago
The Snapper at The Gate Theatre is a love letter to Dublin and all of its idiosyncrasies
1 year ago
The greatest compliment you can give Coppers The Musical is that it really makes you want to go to Coppers
1 year ago
The baby from The Snapper went to see the play of The Snapper on its opening night
2 years ago
A theatre production of Trainspotting is coming to Dublin in May 2018
2 years ago
Dublin Fringe Festival 2017 starts soon, here are our 17 highlights you should definitely check out
3 years ago
Great news, more tickets have been made available for Harry Potter and The Cursed Child
Next Page