From toilets to barbershops, Ireland has become visionaries in the igloo business overnight

These are the people you would want in a zombie apocalypse.

Maybe calling Storm Emma apocalyptic weather is a stretch, but it is certainly fair to say Ireland has been thrown into a completely different world the past few days. As power outages nationwide threw us back to the 17th Century, bread became about as valuable as caviar on a golden plate and even Copper Face Jacks had to close, countless folk embraced the change and brought out their inner-Bear Grylls.

Suffice to say, there are more than a few survivalists here in Ireland. Like Rambo, they have learned to live off the land and construct igloos, because they are more than happy to embrace this new, bloody-freezing world.

So to honour these new visionaries, we are going to take a look at some of the best igloos that have popped up in the last few days.

Behold, the pioneers of the snow-ciety! 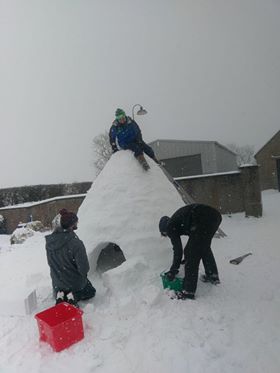 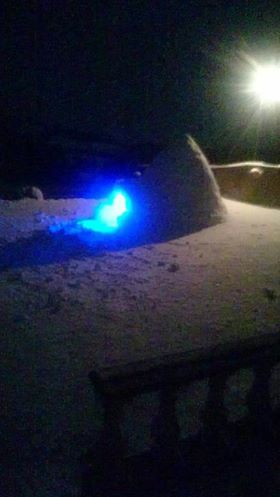 Taken by Jessica Carragher, this towering beauty took the best part of a day with her family and looked absolutely incredible when lit up at night.

"We couldn't get to the pub, so we built an igloo pub", Noreen Sheridan told JOE as she brought us through how The Snowed Inn was created. 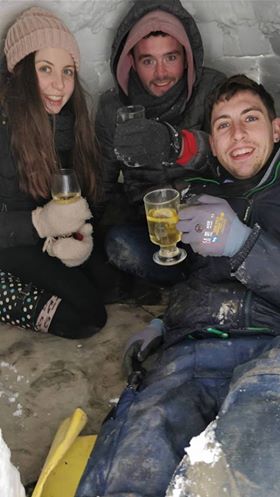 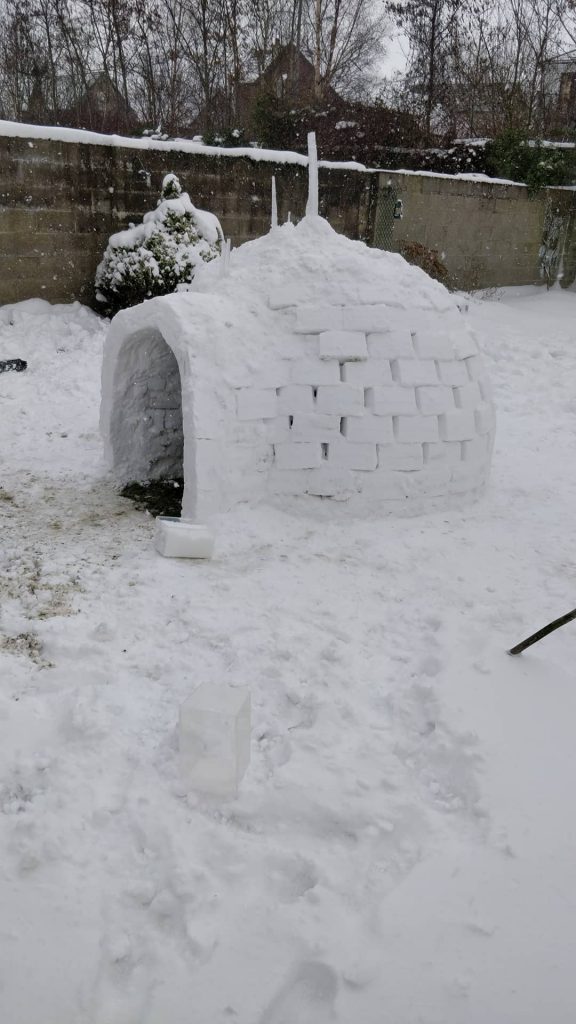 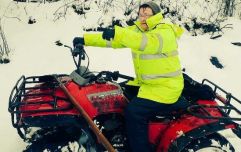 END_OF_DOCUMENT_TOKEN_TO_BE_REPLACED

When a man from Mayo and another from Kildare meet, not even the Beast from the East can stop them, Gavin Doyle told us. "We got it finished just in time, before the worst came and even had the opportunity to get a good hot whiskey down our necks after the hard work."

"Had a fabulous Project Manager shouting instructions from a window and blaring tunes to keep us motivated", he added, before saying he'd consider an extension. 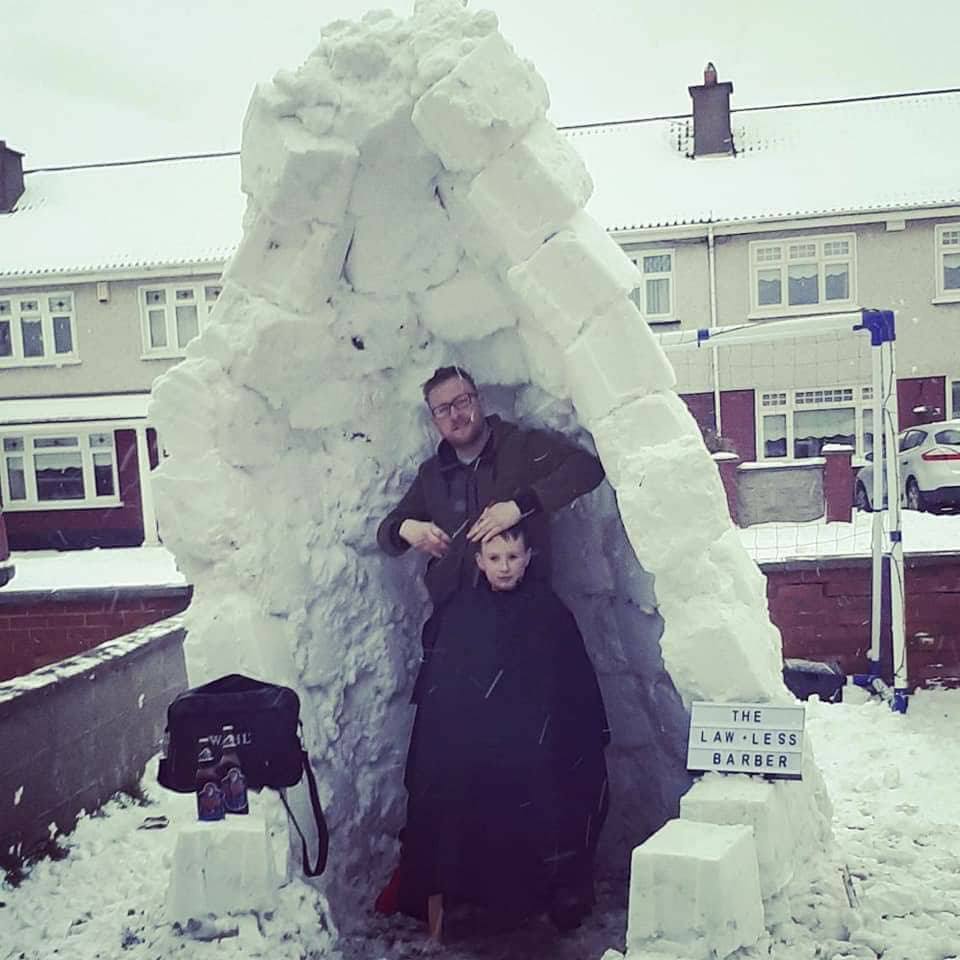 For some kids, the dreaded haircut is the worst thing in the world. They would probably be thanking the high heavens that Storm Emma shut the world down. It's just a shame Jim Lawless refused to shut down business for the day, declaring proudly "Emma won't close us!" as he built the world's first igloo barbershop.

We can only imagine how cold that kids head must have felt afterwards.

Sent into us by Tyon Drazi, this is a testament to those builders if they were able to make an igloo so strong that you could light a fire in there and cook up a slice of bread. 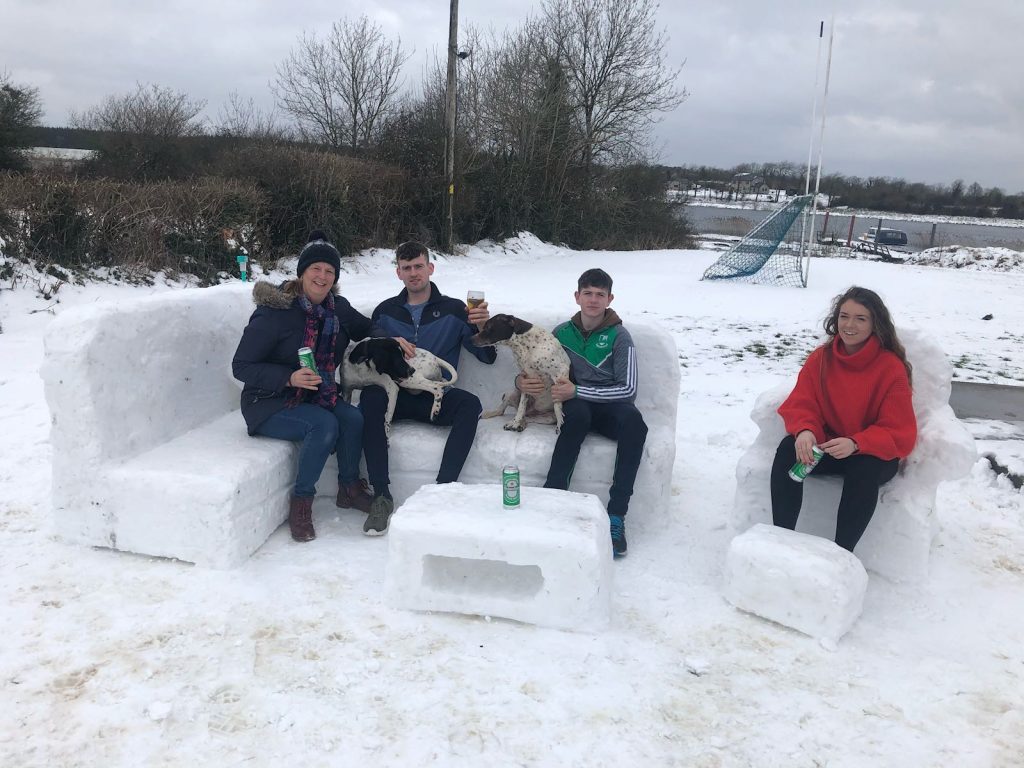 We've seen enough buildings, but not nearly enough furniture to go inside. Thank goodness for Claire Monahan and her family who decided to create the full living room set to make the new snow-ciety comfy enough for a few cold ones.

Sent in by Eoin Lyons in Athlone, he summed up the motivation here pretty well by saying simply "all the brothers were at home in Mountbellow on the beer, so we decided to make our own pub."

Ah yeah, sure haven't we all done that? 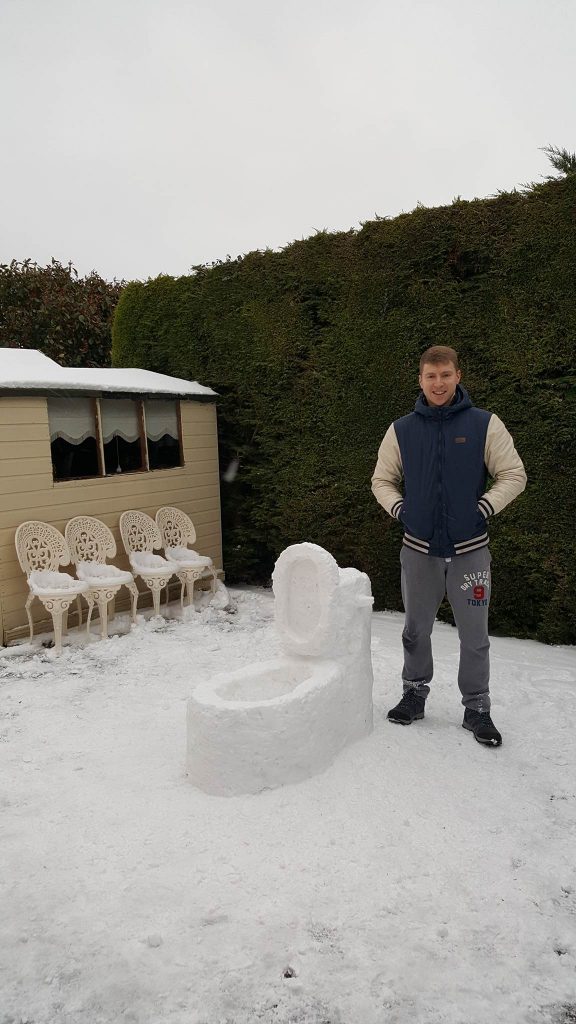 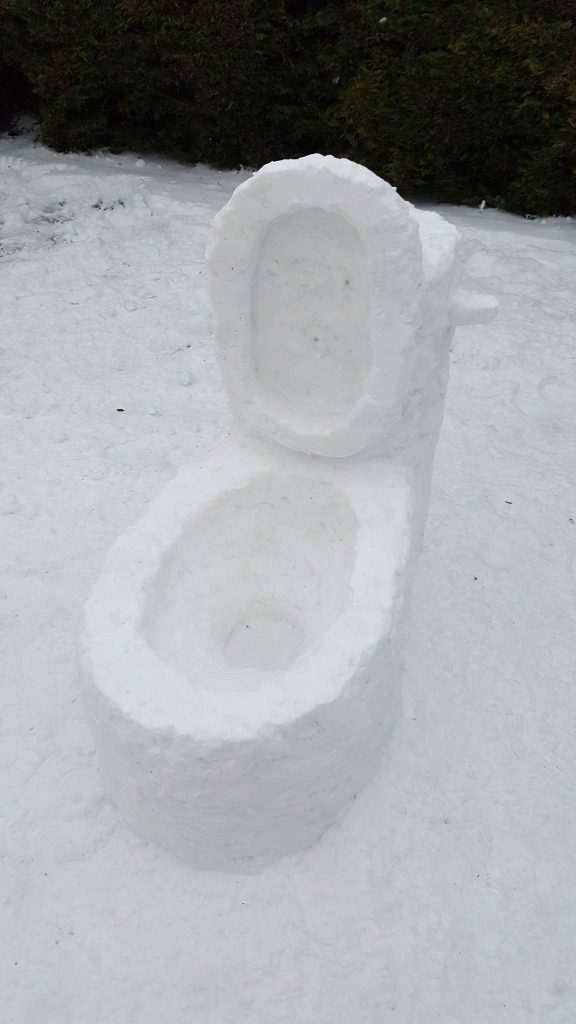 The brainchild of Andy McLeod in Tallaght, the only thing better than the toilet is the name. Simple, but brilliant. Stick him on Dragons Den, now.

Sent in by Yvonne Webb O'Toole, this miniature man cave is pretty much the bachelors pad of igloos, complete with fake fire videos and a tiled floor.

10. The architect of the new world

"When there's no work to go to there's still work to be done", says David Ffrench, the mastermind behind this fella. It's not fancy, it's not extravagant. It's just a mighty fine looking piece of snowy architecture that you'd pay a frostbitten arm and leg for in somewhere like Ranelagh.

Cheers to everyone who sent us in their pictures of the snow. If you have something you would like to share with us, send it to editorial@JOE.ie or hit us up on Facebook or Twitter.

popular
Landscapers is the ultimate true-crime murder mystery show
Carlow woman banned from keeping animals for life after starving dogs to death
Government advising schools and third level institutions to close in counties with orange or red weather warnings ahead of Storm Barra
"Danger to life" risk with Storm Barra "weather bomb", warns Met Éireann
Man dies after being attacked by newly calved cow in Mayo
Daniel Craig's best pre-James Bond film is among the movies on TV tonight
The JOE Movie Quiz: Week 131
You may also like
2 years ago
Midland Weather Channel weighs in on possibility of "heavy snow and disruption" in Ireland
3 years ago
Lidl in Fortunestown has reopened following its demolition during Storm Emma
3 years ago
Lidl announce reopening date for the store destroyed during Storm Emma
3 years ago
Parents’ Council Director suggests schools open on Saturdays to make up for days lost to severe weather
3 years ago
Blood donations urgently needed after last week's massive storm in Ireland
3 years ago
Most transport services will be operating on Monday - but don't expect a "normal" day
Next Page