The definitive ranking of every coffee from worst to best

Remember when 'Covfefe' was the least of our worries?

As with anything, it's important to point out that some types of coffee are slightly inferior to others. For example, 'One decaf coffee, please' is the order of a jester and 'Do you have any tea?' is the request of a degenerate.

END_OF_DOCUMENT_TOKEN_TO_BE_REPLACED

With that in mind, I've ranked ten of the most important coffee-based drinks currently in circulation today. It wasn't easy, it wasn't necessary to do, but it happened and it's done.

All decisions are final. My opinions are definitive and correct. Do not @ me.

Decaffeinated coffee is the official drink of people that had their first kiss on holidays with someone from another country that you simply would never be able to track down to verify that information with. "I like the taste, but I just don't like the buzz", they say, as they're intently staring at the barista to make sure that the special non-coffee coffee beans are being used. A mix-up could be detrimental, plunging the recipient into the dangerous territory of having a personality for twenty minutes. Decaf coffee makes no sense, nor does non-alcoholic beer or any movie that was made after Lady and the Tramp II: Scamp's Adventure. It is a weak drink for weak people that can't handle the banter of possibly shitting yourself on the train to work. 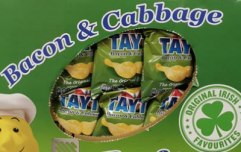 END_OF_DOCUMENT_TOKEN_TO_BE_REPLACED

Alternative name: Raw coffee. This is a performance drink. Nobody ever orders and subsequently consumes an espresso quietly. There's always a huge spectacle made during the ordering process in the coffee shop, followed by the staff scrambling for a comically small takeaway cup to entertain the customer. Espressos are dumb. You don't get to enjoy the drink, instead you have to carry around a shot glass of boiling liquid until it cools down enough for you to delicately sip it, fighting all your urges to shot it straight down your gullet. It takes all the fun out of coffee consumption. You are not too important or busy to consume a normal sized coffee, nor are you impressing anyone with a tiny baby coffee. Grow up. Live your life. Be free. 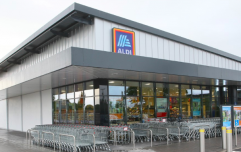 END_OF_DOCUMENT_TOKEN_TO_BE_REPLACED

Just a hot chocolate that studied abroad for a year, innit? Mochas, I am absolutely certain, are the result of an elaborate lie that got out of hand. At the beginning of time, Jesus and his Twelve Apostles hit up their local coffee shop (probably called Israel Good Coffee). The staff were overwhelmed by the sudden arrival of a baker's dozen patrons, visibly flustered and mixing up the orders. One of the baristas accidentally poured hot chocolate on top of an espresso shot and rather than admitting their shortcoming, simply announced that it was a new drink they were offering customers. So as not to be rude, Jesus sipped it and said "Mmmm, okay" and hence the name 'Mocha' was born. It's a jester's drink, an indecisive mess. Make up your mind, order a coffee or hot chocolate, not both.

Not a bad coffee, as coffee-based drinks go, but is it packing much of a punch? The foamed milk disintegrates immediately upon coming in contact with your mouth, giving you a confusing taste of lukewarm milk fibres mixed with scalding hot coffee, leaving behind a pedo moustache. Plus, if you're getting a cappuccino in a takeaway cup, you can wave goodbye to 66.6% of the beverage as it fizzes away to nothing each time it hits the lid as you take a swig. Cappuccinos are fine, they're just fine. You feel a bit exotic ordering one because the name has four syllables, but that's where the pleasure ends. A mediocre coffee with mediocre results. It's the coffee of choice for the kind of person that buys a bottle of water in the cinema.

Landing somewhere in between an espresso and latte, flat whites are good guys. They get the job done, although in a lesser quantity than is ideal. Flat whites always come in tiny cups, leaving you wanting more. The silky texture is satisfying and it's a good time from start to finish. But baristas, if I may make a suggestion, serve flat whites in bigger cups. I know that you have to use ristretto espresso because I just Googled it, but what if you were to add twice as much? Or the customer could just order two flat whites and pay the price for luxury involved, I guess. Either way, flat whites slap. They're just infuriatingly small, but that's a personal gripe more so than a universal one.

Yes, they're boring, but in the same way that vanilla ice cream is the main building block for all milkshakes, Americanos are a reliable staple in the coffee world. When you strip back the eccentricities of cappuccinos and lattes, Americanos are still there waiting for you, eager to please. The onus is on you to transform an Americano into something great. A splash of milk, perhaps a little sugar, a Berocca, it's entirely down to your specific taste. It's luxury on a budget. An Americano is a blank canvas upon which you can project your dreams, hopes and aspirations. You're in charge. It's an old and dependable friend that will always be there for you, even when you haven't spoken in a while because you slept with their ex(presso).

Cold brew is just an Americano's cooler cousin, in every sense of the world. It's an intimidating friend of a friend who smokes cigarettes, wears shredded denim jeans and designer sunglasses in such a way that he doesn't care if they get scratched or lost. He's into indie music, the kind of bands you won't hear of for another ten years or so, and he rolls his own cigarettes. It's a refreshing drink, a real connoisseur's choice. Some coffee shops serve them in glass bottles so you can feel elegant and worldly as you sip ice cold bean water on your travels. Allow a cold brew to accompany you on a journey into a world of icy refreshment, shunning those that mindlessly opt for iced lattes which is essentially just a large cup of milk. Laugh at them, for they are fools.

At the risk of sounding like Lucille Bluth, it's hard to get a good Espresso Martini. Sometimes they're very bitter, other times they're not strong enough. It's a real gamble but one worth persevering through. Espresso Martinis are the perfect brunch drink, giving you a caffeinated kick paired with a mild alcohol high. It's impossible not to look sophisticated beyond belief as you sip on what appears to be a Lady Guinness, with an erect pinky finger being completely mandatory as you do so. I once saw a friend of mine order three Espresso Martinis in a busy bar at midnight and the look on the barmaid's face will haunt me until my dying day. Don't be that person. Have your alcoffee during the day. You'll sleep better and no one will hate you :)

An unfailing drink. A good friend. A family member you're not wholly mortified to be related to. A champion. Lattes just slap. They taste good, they come in any size you want, they can have flavoured syrups added to them and their name is fun to say. "One latte, please", you ask the barista. They smile, "Good choice". "Thanks, I panicked", you reply. But you didn't panic. You knew you'd get a latte because it's dependable. Have you ever put a splash of hazelnut in your latte? Jesus Christ, have you even lived? I went to Sydney at Christmas and I tried a red velvet latte for the first time, which subsequently changed my life. I am happier now, more free, comfortable knowing that just 17,000km away, the perfect drink exists, available for anyone to try it.

Don't feel disheartened if those three words mean nothing to you yet. I was once like you, naive to the ways of the world. Floating around in the abyss without any true purpose or sense of self. But then I tried a Vietnamese Iced Coffee and began to truly live. What it is is iced coffee, cold milk and CONDENSED MILK. It doesn't make sense, but at the same time, it makes more sense than anything in this Godforsaken universe ever has. It's like iced coffee, but on perfectly legal and safe crack. It's delicious, it's indulgent, it's frankly a disgrace that it isn't widely available in all coffee shops. Vietnamese Iced Coffee can change the world, if we simply let it. Treat yourself to one today, then every day for the rest of your life. Thank you, Vietnam. We owe you a great debt for your delicious contribution to society.

House of Rugby Ireland · Ireland's feel-good win, Casey's initiation song, scrapping Sexton and Scott Williams interview
popular
Eoghan McDermott to leave RTÉ after six years (Report)
€17,500 worth of cocaine found at street party in Limerick
One man has been charged following Limerick street party, 50 FPNs issued
Sony are giving away a free game to all PS4 and PS5 owners
NUIG students told to write 2,000 word essay for breaching Covid rules
Someone in Ireland is €500,000 richer following Tuesday's EuroMillions draw
One of the most fertile men in Ireland is a guest on tonight's Claire Byrne Live
You may also like
3 months ago
Tayto Park announce retro drive-in Christmas movie weekend
1 year ago
PERSONALITY TEST: What percent tosser are you?
1 year ago
Eddie Rocket’s are giving away free kids meals this Friday
1 year ago
Event to find Ireland's most eligible bachelor is looking for even more contestants
1 year ago
Here are all the Bank Holidays for 2020
1 year ago
Six subtle ways to lay the groundwork for skipping your work Christmas party
Next Page