This makes a lot of sense.

Mark Sheridan, a Dublin man who now teaches at the University of Texas, has a lot to say about Texas' gun laws, which currently allow for guns to be carried on campus and could soon permit concealed weapons to be taken into the classroom.

These regulations, often referred to as 'campus carry' laws, are unsurprisingly controversial, and many lecturers and professors believe that they stifle free speech and open discussion on sensitive issues that come up in class - as well as creating an unwelcome atmosphere of tension.

END_OF_DOCUMENT_TOKEN_TO_BE_REPLACED

In a very sensible statement on his Facebook page, the University of Texas employee made it clear why guns and learning don't go together:

"‪#‎FuckGuns‬ because they don't belong here. This is not a shooting range, this is not a saloon. This is my classroom. It's a small, windowless space in the basement of a large campus building. Hundreds of people work and study in this building every day. I teach here twice a week.

I don't think we can protect ourselves against random events, and active shooters are entirely random. In order to protect ourselves from something like this, we would need to carry guns everywhere and be ready to use them at a moment's notice--an idea so insane that it would be laughable if it wasn't responsible for a gun culture that kills 30,000 people a year. 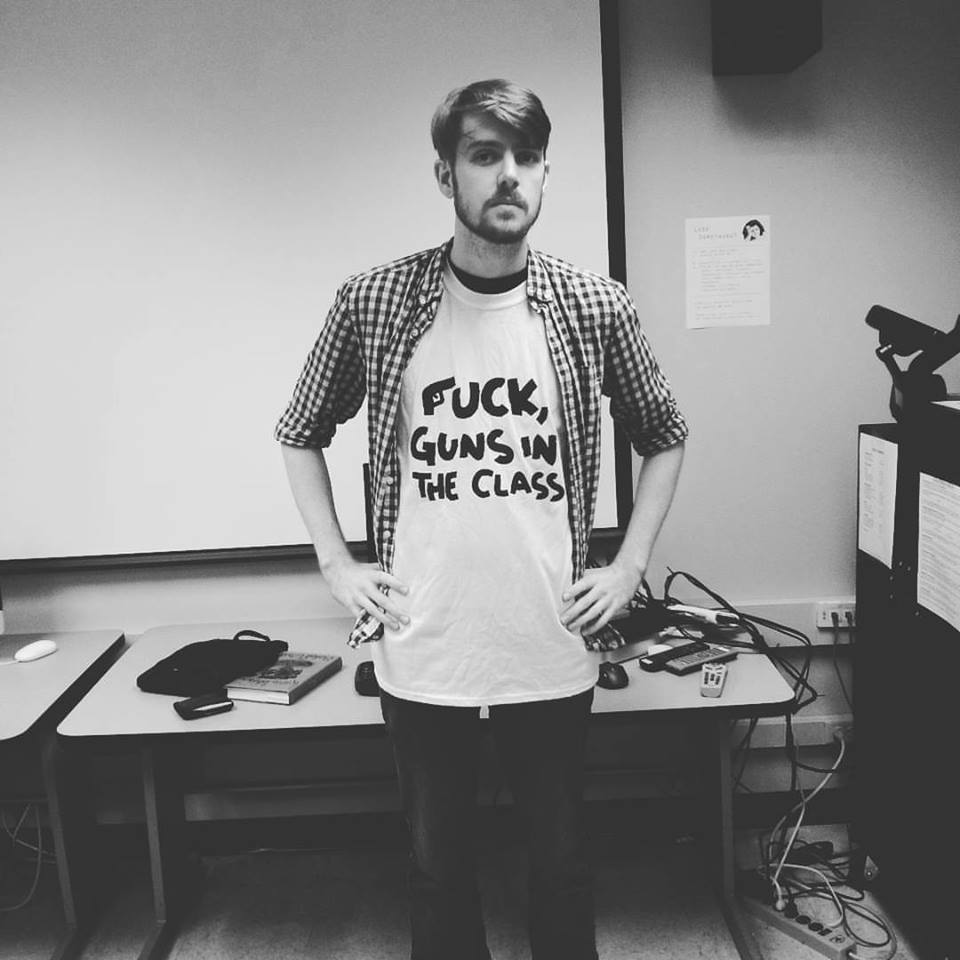 If a shooter kills us, there's no doubt about who's to blame: those who gave him the gun. If an active shooter kills people, it's a sign--not of a problem with self-defence--but of a society overly permissive of fetishistic obsession with firearms. 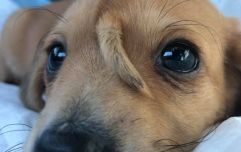 WATCH: Unicorn puppy with a second tail on his face rescued

END_OF_DOCUMENT_TOKEN_TO_BE_REPLACED

Gun-nuts want to erode the concept of civilian life because they can't let go of the idea that they are soldiers fighting an evil they imagine to be endemic; it makes them feel important. Most of the developed world has a meaningful distinction between military and civilian life because we realize that most humans don't want to kill other humans, and we live our lives based on this calculation of risk.

We're certainly with Mark on this one.

The Big Reviewski || JOE · TBR Spotlight: Loki - Episode Three - 'Lamentis'
popular
The Ultimate Robert De Niro Quiz
The 50 most iconic songs of all time* have been revealed
Aldi launches new garden collection including massive waterpark, slides and 14ft pools
PICS: The man with the biggest penis in the world has one unbelievable problem with it
Two thirds of Irish people believe modern men lack basic DIY skills compared to previous generations
It’s official, your pint is one of the most expensive in Europe
People think they've figured out the ranking of the viewers on your Instagram Stories
You may also like
2 weeks ago
Americans offered free beer as latest incentive to get Covid-19 vaccine
4 months ago
"If invited, I will go." Micheál Martin on St. Patrick's Day trip to the White House
5 months ago
Thousands of protesters have broken into US government building Capitol Hill
8 months ago
America the loser as Trump and Biden slug out pitiful draw
8 months ago
"Will you shut up, man!" - Trump and Biden scolded as first presidential debate turns ugly
1 year ago
Officer involved in the death of George Floyd arrested
Next Page