"I'll come and find you on the other side."

As tributes have poured in for legendary RTÉ broadcaster Larry Gogan, mention has been made of 'the Two Larries' - a reference to the close friendship between Gogan and U2 drummer Larry Mullen Jr.

According to an RTÉ spokesperson, Mullen declined to appear on air today for fear he would become too emotional, and also believed that "it was difficult to add any words to what has already been said by so many, especially the listeners." 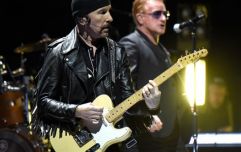 Some of Ireland's richest people have been revealed

END_OF_DOCUMENT_TOKEN_TO_BE_REPLACED

However, Mullen penned a heart-wrenching and beautiful tribute to his friend, sent to RTÉ and published this evening.

You can read the letter in full below.

"I woke up this morning with a knot in my stomach. Something just didn’t feel right.

"I got out of bed and followed my usual routine... cup of tea, turn on my phone to look at the RTÉ news app... and there it was -  Larry Gogan 1934-2020.  It took me a while to process that. I thought of his children and grandchildren and then selfishly felt sorry for myself. 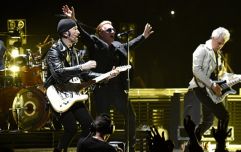 AUDIO: This American woman paid €2,000 for U2 tickets that weren't even there

END_OF_DOCUMENT_TOKEN_TO_BE_REPLACED

"Our friendship was not traditional, as in  - we didn’t spend countless hours together... we didn’t need to. Just a few interviews and the occasional long lunch.

"We connected somehow. Maybe it was our shared north side credentials or most likely the constant messages back and forth through our mutual friend Paul Russell. Just checking in on each other or trying to set up the next lunch.

"Larry’s cultural obituary will be written by someone a lot cleverer than me.

"This is personal - not professional. And so to Larry.. sadly we lost you today... but the next time I promise you Larry I’ll come and find you on the other side.

Gogan passed away at the age of 85.

popular
Two new 24-hour bus services are coming to Dublin
Jeffrey Dahmer’s dad thinks he knows what’s to blame for son becoming a serial killer
QUIZ: Test your knowledge with this Ultimate Friends Character Quiz
Power-ranking the House of the Dragon characters after THAT big fire
House Of The Dragon is already better than Game Of Thrones
Amazon Prime Video has just added 20 very big movies to its library
QUIZ: Name the country for each of these non-capital cities
You may also like
1 month ago
"I saw grown men crying!" – Arcade Fire's legendary Irish live debut revisited
2 months ago
U2 to take up residency in new $1.8 billion Las Vegas arena
2 months ago
The JOE Music Quiz: Week 114
4 months ago
U2 perform in Kyiv metro station following invite from President Zelensky
5 months ago
The JOE Music Quiz: Week 100
6 months ago
A Netflix series about U2 is in the works
Next Page