Video: This dancing postman from Tipperary can make even the most miserable person laugh

Your postman might always ring twice but we doubt that they can bust some brilliant dance moves like Tipperary postman Declan Dunphy.

We've a feeling that Clonmel's best dancer might be the latest internet sensation after this footage emerged of him doing what he loves most, having the craic and making people happy. 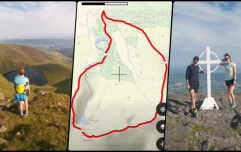 END_OF_DOCUMENT_TOKEN_TO_BE_REPLACED

Declan's daughter Aoife tells us that her dad has been delivering the post to the people of Tipperary for 16 years now and that there's rarely a dull moment when he's around.

Being a postman can be tough work at times, all those early starts and harsh weather might be enough to dampen most people's spirits, but Declan seems like an absolute champ of a man.

Having seen this great footage of Declan dancing to Michael Jackson - Don't Stop 'Till You Get Enough, there's only one man that we want to deliver all those bills into our office.

FYI, if you want Declan to deliver your letters then we're told that he's also fond of the Bee Gees and Uptown Funk.

popular
Prince George reportedly told classmate "my father will be King so you better watch out"
Budget 2023: Cigarettes going up, energy credits announced, child and social welfare increases confirmed
Two new 24-hour bus services are coming to Dublin
Jeffrey Dahmer’s dad thinks he knows what’s to blame for son becoming a serial killer
An underseen disaster film is among the movies on TV tonight
QUIZ: Test your knowledge with this Ultimate Friends Character Quiz
CONFIRMED: Renters to benefit from €500 tax credit as part of Budget 2023
You may also like
2 months ago
Ireland's first underground seismic station to detect earthquakes in Ireland and beyond
4 months ago
Man dies after being struck by lorry in Tipperary
4 months ago
Tipperary woman banned from keeping dogs following animal cruelty conviction
4 months ago
Limerick hurler arrested following alleged altercation with Tipperary player in Limerick pub
4 months ago
ISPCA rescue three dogs living amongst raw meat in Tipperary
4 months ago
Takeaway operator imprisoned for three months following food safety breaches
Next Page