And yes, it is a nice electricity bill.

If you need a little inspiration for decking out your house this Christmas, the bar has been set pretty high in Australia with this entry into the Guinness Book of Records.

David Richards and his family have reclaimed the world record for decking up their house with precisely 502,162 bulbs as Christmas lights. He is a barrister from Canberra who won the title for the second time, with a string of lights which extend up to 31 miles when stretched end to end. And it is all in aid of a children’s charity works to fight sudden infant death syndrome. 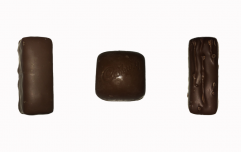 END_OF_DOCUMENT_TOKEN_TO_BE_REPLACED

Dave has conceded that the bill is going to be somewhere in the region $2,500, so it ain’t coming cheap.

And it’s not his first time getting into the record books for a lighting display. He first won the prestigious title in 2011 when he illuminated his residence with 331,038 Christmas lights. His record was then broken by a family in New York lighting up some 346,283 bulbs at their La Grangeville residence last year.

However he refused to give up on the title and now has it back in his grasp.

The Big Reviewski || JOE · TBR Spotlight: The Falcon and the Winter Soldier Episode Four - 'The Whole World is Watching'
popular
The 50 most iconic songs of all time* have been revealed
Beware of the very clever WhatsApp hack that is locking Irish users out of their accounts
Making A Murderer: The explosive and NSFW telephone call that implicates a new killer
Reeling in the Years was watched by over half a million people last night
People think they've figured out the ranking of the viewers on your Instagram Stories
PICS: The man with the biggest penis in the world has one unbelievable problem with it
Prince Harry issues statement following the death of Prince Philip
You may also like
3 months ago
The JOE Music Quiz: Christmas Special
3 months ago
QUIZ: Can you identify the Christmas song from the lyric?
3 months ago
QUIZ: Name the counties where these Irish towns are located, Christmas edition
3 months ago
Here are all the movies on TV this Christmas Eve
3 months ago
People who arrived in Ireland from the UK after 11 December should eat Christmas dinner in their room – HSE
3 months ago
The JOE Movie Quiz: Week 83 – CHRISTMAS MOVIE SPECIAL PART 3!
Next Page