A word of warning has been soundly issued following a horrific dog rehoming scam that took place in County Limerick.

A woman by the name of Karen, who hails from Skibbereen, contacted her local radio station on Friday to tell a difficult story on behalf of her "petrified" friend.

Due to an increasingly busy life, Karen's friend offered her pet dog free to a good home, noting that she was unable to commit to walking the dog daily any longer.

"She's working full time, she's not at home, the dog is a big dog and needs a lot of walking," said Karen in conversation with John Paul McNamara on C103's Cork Today show.

"She decided to offer the dog to a good home, a free home, which, you know, you can appreciate her generosity," she added.

Karen explained that her friend placed an advertisement on social media which was then responded to by a man in Newcastlewest, County Limerick.

Karen's friend then travelled to Limerick, met the unnamed man and handed over the dog.

A couple of days later, she received a phone call from the man informing her that he no longer wanted the dog and that unless she came back to collect the dog and gave him €200, he would kill the animal.

"If she didn't come and collect the dog and pay him €200, he was going to shoot the dog," said Karen. 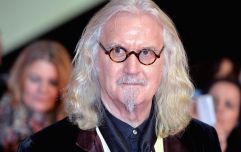 END_OF_DOCUMENT_TOKEN_TO_BE_REPLACED

The lady subsequently drove, in a state of panic, from west Cork to Limerick and delivered the money, only having the dog returned to her once it was handed over.

Gardaí have been informed about the incident, but "nothing came of it", Karen noted.

With the woman in question too shaken up to discuss the experience, Karen rang up C103 with her friend's permission in order to warn the public of the same situation happening to them.

You can listen to the full conversation below.

Karen explained that her friend said that the man "seemed okay" before later threatening her.

"She doesn't want her name mentioned. This guy has her phone number. The Gardaí tried his number and now it doesn't ring, but he still has her number."

Rescue Animals Ireland has a comprehensive guide for pet rehoming in order to find the best solution for all involved which can be viewed here.

Dogs Trust has a detailed Frequently Asked Questions section regarding the rehoming and adoption of dogs which can be viewed here.


popular
WATCH: Paul O’Connell provides the single greatest moment in the history of A Question of Sport
5 new additions to Netflix to spend your weekend watching
QUIZ: We give you the theme song, you tell us the TV show
A tiger at Bronx Zoo in New York has tested positive for Covid-19
A five-year-old boy has died in a farming accident in Roscommon
The JOE Movie Quiz: Week 46
PERSONALITY TEST: What type of a shift are you?
You may also like
2 hours ago
A five-year-old boy has died in a farming accident in Roscommon
3 hours ago
A man has died following a stabbing in Tipperary
1 day ago
Young man killed in scrambler crash in Cork
1 day ago
8 more Covid-19 related deaths confirmed in Northern Ireland
1 day ago
Man dies following shooting in Belfast
1 day ago
Death toll in Spain falls for the second day in a row
Next Page