He's believed to have become tangled in the lights.

A Kentucky contractor has tragically died after falling into a wood chipper while working on near a Christmas lights display.

According to the Daviess County Sheriff’s Office, the freak accident occurred just before 5 pm while Joseph “Joey” Wesley Manire, 46, was trimming trees across the street from a popular Christmas light attraction in Owensboro, Kentucky, local TV news outlet WEVV.com reported. 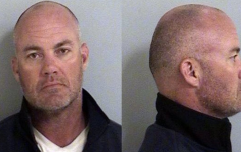 END_OF_DOCUMENT_TOKEN_TO_BE_REPLACED

Reports suggest he became tangled in the holiday light display before falling into the machine, sustaining traumatic injuries.

Further details of the unfortunate victim have not been released.

Emergency responders arrived shortly thereafter and pronounced Manire dead at the scene. Authorities are currently probing the tragic incident, but say that no foul play is suspected at this time. 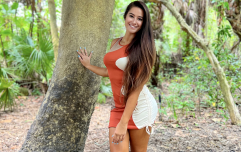 END_OF_DOCUMENT_TOKEN_TO_BE_REPLACED

“A local tree trimming contractor was doing some work, when an employee became tangled and fell partially into a wood chipper,” according to a police release.

In a statement posted on Facebook, the organisers of Owensboro Christmas Lights called on people to visit a different night.

It read: "Please be cautious and extra aware if you are traveling in our area tonight. There has been an accident concerning a landscaping business across the street from our display. Local authorities have our neighborhood blocked off at the moment.

"We have the lights on to help light the area for the first responders, but please plan to visit the display a different night."

Please be cautious and extra aware if you are traveling in our area tonight. There has been an accident concerning a...

Last month, a man died in a freak incident in California after being "pulled in" to a wood chipper when carrying out his work, the Mirror reports.

"When police units arrived on scene, a male subject was found deceased from injuries sustained from the incident," police said.

The worker died working for S.P. McClenahan, a part of the FA Bartlett Tree Expert Company said to be familiar with locals in the area.

Of that total, 41 people died after being caught in the machine.