Are you working with a psychopath? Here's how to find out

One way to spice up the Monday grind, anyway.

It's still January, somehow, and you're probably really feeling it if you're a nine-to-fiver.

A new study published in the Journal of Business Ethics might be worth delving into if you feel like your workplace is an especially grim place to be.

The study asks if "bad" employees are happier when working under abusive bosses and supervisors, arguing that those who possess the characteristics of a psychopath actually thrive in such scenarios.

For clarity, the Dictionary.com definition of 'psychopath' is:

A person with a psychopathic personality, which manifests as amoral and antisocial behaviour, lack of ability to love or establish meaningful, personal relationships, extreme egocentricity, failure to learn from experience, etc.

Telltale signs of an abusive boss include invasion of privacy, engaging in gossip and a general rude demeanour.

The study ultimately puts forward the argument that psychopathic traits are potentially beneficial for coping in a work environment, as such employees experience higher levels of positivity and lower levels of anger when dealing with abusive superiors.

"Psychopathy is typically seen as a trait that is undesirable in any context, including the workplace," the study begins.

"But several authors have suggested that people high in psychopathy might possess resources that preserve their ability to perform well in stressful contexts. 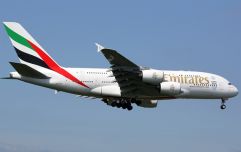 END_OF_DOCUMENT_TOKEN_TO_BE_REPLACED

"We consider the possibility that primary psychopathy is adaptive - for the employee, if not for the organisation - under conditions of abusive supervision."

A second study asked the volunteers to report with details of their real-life managers.

"There are primary and secondary dimensions of psychopathy," according to co-author Dr Charlice Hurst.

"Both consist of high levels of antisocial behaviour; however, people who score high in primary psychopathy lack empathy and are cool-headed and fearless. They don’t react to things that cause other people to feel stressed, fearful or angry."

"Relative to their peers low in primary psychopathy, they felt less anger and more engagement and positive emotions under abusive supervisors."


popular
Met Éireann issues status yellow rainfall warning for nine counties
Cardiologist's life saved thanks to the swift work of Dublin Airport's first responders
Motorist in Kildare caught driving with tax 13 years out of date
An Post announces increase in the price of stamps from next month
BBC will show an 'immensely powerful' documentary about The Troubles tonight
QUIZ: How well do you know Will Smith's movie career?
Met Éireann says to expect thunder, hail showers and potentially snow in parts today
You may also like
3 months ago
Six subtle ways to lay the groundwork for skipping your work Christmas party
4 months ago
A mega-rich family will pay you and a friend €80k to mind their homes in Switzerland and New York
11 months ago
New study in four-day working work shows increased productivity and decreased stress
1 year ago
Tomorrow is National Stay At Home And Don’t Go To Work Day
1 year ago
If you're consistently late for work, your colleagues probably hate you
1 year ago
Free flights home for Irish people living in Australia if they move back for jobs
Next Page