"I'd like to ask the government - show me where the money is going, because we're not seeing it on the ground."

Calls have been made to improve the level and accessibility of youth mental health services in Ireland following the publication of a survey that revealed a significant spike in anxiety for Junior and Leaving Cert students.

The study found a major increase in second level students seeking support prior to sitting their exams. 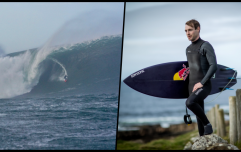 END_OF_DOCUMENT_TOKEN_TO_BE_REPLACED

"Mental health in youth is something I'm really passionate about and it's frightening; it's not just the recent survey about exam students, there have been surveys that look at Generation Z, which is this generation that we're looking at, that show that mental health is one of their biggest concerns.

"We have a generation of people who are growing up worried about their mental health, and alongside that don't have the services to care for them," Byrnes continued.

"We have a huge dearth of care for mental health patients and yes we spend a huge amount of money on health, yes we throw money at mental health, but I'd like to ask the government - show me where that money is going, because we're not seeing it on the ground."

Dr Byrnes went on to underline the disparity between those who can afford private counselling and those who cannot.

END_OF_DOCUMENT_TOKEN_TO_BE_REPLACED

Asked about State-run services, Byrnes painted a bleak picture, familiar to many people in Ireland who struggle to access necessary treatment.

"State-run, as in publicly-funded psychology, really doesn't exist," she said.

"There's about an 18-month to two-year wait for psychology services for teenagers in the areas I work in."

Byrnes pointed to charities, including Jigsaw, the National Centre for Youth Mental Health, as an option, but noted that the issue ultimately comes down to money.

Also on the show was Minister of State for Mental Health and Older People Jim Daly, who was challenged on the scarcity of services. 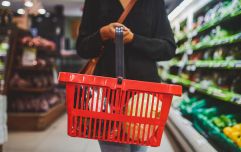 END_OF_DOCUMENT_TOKEN_TO_BE_REPLACED

Daly said that there were over a thousand different services available when he took up his post two years ago, "but they were very, very disjointed."

He noted that most of the time, young people suffering from mental health problems in Ireland are directed to the consultant-led Child and Adolescent Mental Health Service (CAMHS).

"What I would like to see is more psychology, not psychiatry," he offered.

"If you can have more psychology in the system, then you can prevent mental health issues escalating up to need psychiatric [treatment].

"Overall there aren't enough services, but there are services there," Daly added, while encouraging young people to visit the HSE's mental health section if they require help.

Outlining his hopes to improve the infrastructure of the youth mental health system in Ireland that could lead to waiting lists being halved, Daly was met with a rebuke from Dr Byrnes.