10 years on, the director of Warrior says Irish fans may influence a potential sequel

An update for fans of the movie just in time for the ten-year anniversary.

Released in 2011, you might be forgiven for initially thinking that Warrior wouldn't amount too much.

The $25 million budgeted movie made just $23.3 million at the box office, and there was early word that it might build up to some Oscar potential, in much the same way that Rocky, The Wrestler, and The Fighter did, but aside from Nick Nolte being nominated for Best Supporting Actor, it wasn't to be. 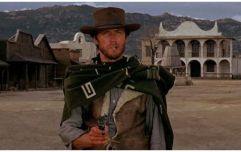 END_OF_DOCUMENT_TOKEN_TO_BE_REPLACED

However, in the same way that many great movies do, word of mouth built around it consistently, and Warrior became immensely popular when it was made available on home entertainment.

Jump forward a decade, and that movie's director Gavin O'Connor had a new movie coming up, the Ben Affleck-fronted sports drama Finding The Way Back, which had its full cinema release scuppered by Covid-19. That movie is now available to rent or buy on platforms like Apple TV, Google Play, and Sky Store, but with the anniversary of Warrior on the horizon, we had to ask O'Connor about his thoughts on Warrior and a potential sequel:

"It's funny, when we were doing the premiere in London for The Accountant, I'd never done that before, but there were all these people there on the red carpet, all that bullshit, y'know. But there were so many fans out there with DVDs of Warrior, I couldn't believe it. They were Irish and British and they were telling me how much they loved the movie, it was so moving.

"It is my favourite movie, it is my most personal film, and if I had to pick one movie that was me, it is that movie. It's funny you bring it up, because what I keep thinking about is where are those guys now? Where are those characters now? If I wanted to revisit those characters now, is there a movie there? Is there value to revisiting the story ten years later, and it is something that I keep thinking about. I haven't really come up with an answer yet, but its interesting that you bring it up.

When we told O'Connor that he should definitely make the movie and bring it to Ireland, because there are so many fans of the movie here, he responded with the following:

"That is very good to know, and that may inform where the story goes, now that you've told me that."

You can listen to the full interview with Gavin'Connor, including why he dropped out of the Suicide Squad sequel, and an update on the sequel to The Accountant, right here:

The interview was edited and condensed for clarity.