Some of them keep going, eking out one forgettable episode after another in a bid to recapture former glories, but they all get put out of their misery eventually.

All the best series in TV history know when to bow out. Some wind down gracefully (The West Wing, Six Feet Under, Mad Men) while others leave you wanting more but understanding that it's time to say goodbye (The Sopranos, The Wire, even comedies like Father Ted and Fawlty Towers).

Sadly, some shows hang around like a dipso uncle at the afters of a wedding. The band has long since packed up and the residents' bar is down to that last bottle of disgusting, sickly sweet Ouzo, but they just can't call it a night. 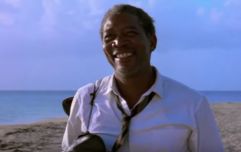 END_OF_DOCUMENT_TOKEN_TO_BE_REPLACED

These shows stayed up long past their bedtime.

This started out as one of the funniest, filthiest and most uncompromising shows on television. It was shameless without being Shameless, with David Duchovny's Hank Moody lurching from one human catastrophe to another while remaining strangely serene. As television anti-heroes went, he was up there with the best of them.

From Season Five onwards the wheels came completely off the wagon. The show had become repetitive and, while it still had plenty going for it in the third and fourth series, Hank and Karen's break-up-and-make-up-and-break-up schtick got more ridiculous by the series and the last three series became an insult to viewers who used to love the show.

"This shit isn't funny, provocative or sexy -- it's gratuitous and stupid, and it patronizes viewers," said the LA Weekly. 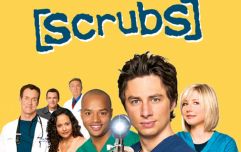 15 Scrubs quotes that can solve any problem in your life

END_OF_DOCUMENT_TOKEN_TO_BE_REPLACED

It's still going, and it has its moments, but does anyone really care about the characters anymore?

All the best comedies survive on tension, and The Big Bang Theory's greatest hook in its early years was the 'will they or won't they?' dance between the nerdish Leonard and the girl next door, Penny. It appealed to all of us who rooted for George McFly in Back To The Future, and the show's writing kept pace nicely (thanks mainly to Jim Parsons' gloriously loopy Sheldon).

In 2015, Leonard and Penny are married, Howard has been neutered by Bernadette, Koothrappali remains a bit-part player and we don't really care that Amy and Sheldon are on the rocks. There is nowhere for this show to go but backwards, and Parsons is the only reason to keep watching. 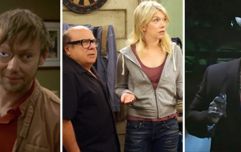 END_OF_DOCUMENT_TOKEN_TO_BE_REPLACED

Giving Vince a drug habit, sidelining Eric and taking away any sense of charm from the otherwise reprehensible Ari Gold spelled the end for Marky Mark's vanity project.

There was a lot to like, if never love, about the show in its early years as the chemistry between Vince and his brigade mixed in perfectly with celebrity cameos, high living and Ari's ever increasingly creative use of the common insult.

In its last couple of seasons the show just became too obvious, too full of cliché, and far too removed from whatever reality that the show had created for itself in the early years.

As ever with these things, when there's nothing else to mind creatively but there's still money to be made, that's when you make the movie.

What do we learn from Scrubs? When you make a series finale, make it your series finale. Don't drag out a final series without your main character and replace much of the best-loved members of an ensemble cast with their younger, own brand versions. 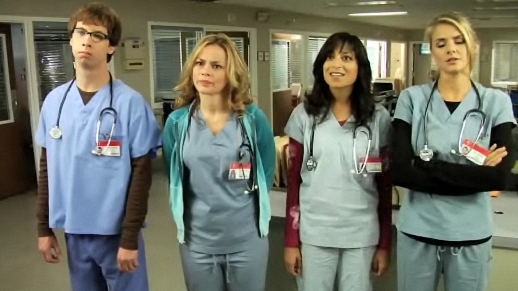 The Scrubs Interns series proved to be the show's last, and we were luckier for it. No Carla, no Janitor, while J.D. and Elliot quickly bowed out after attempting to ease the transition to a new cast with the same old problems.

It really didn't work at all. 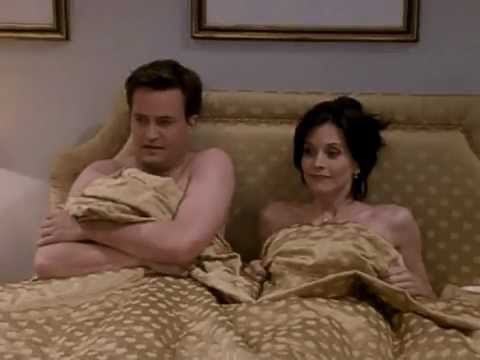 The One Where They Wrecked A Perfectly Good, If Flawed, Comedy About A Group Of Six Pals Who Never Seem To Run Out Of Money Despite Going To Work Roughly Once A Month By Having Chandler And Monica Fall In Love And Inexplicably Spending An Entire Series Telling Nobody About It.

A slow fade for the greatest animated series of all time. It used to be that you never missed a brand new episode, but the arse has been dragged out of the show (for the most part - there's still the odd cracker) since the start of the 21st century.

Think of all the classics: Hank Scorpio; Monorail; Flanders' meltdown in the Hurricane Neddy episode; Rex Banner, Homerpalooza... All broadcast in the 1990s, and episodes that you can probably quote verbatim to this day.

In the last 10 or 15 years the quality of the show has sunk dramatically. It's become a cameo parade for the flavour of the month - Glen Hansard and Matt Groening make ill-fitting bedfellows, let's be honest about it - and that has come at the expense of story, always The Simpsons' strongest suit, even when they'd stretch it to the point where a leading character has been an impostor for the guts of a decade. 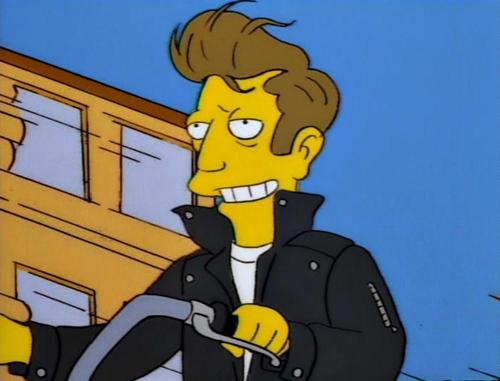 Controversial one, this, but the moment Frank Underwood reached his ultimate goal the show should have bowed out as an almost perfect two season wonder.

Instead, we're expected to believe that a man who has twice committed murder could ascend to the most powerful job on the planet. The most interesting aspect of the show was Frank's climb to power - the closer he got, the less interesting the drama.

Esquire's Stephen Marche put it best: 'It has lost its reason for being and it verges on the unwatchable. I believe that most of its viewers are inertial by this point—we're watching because we remember how much we used to like it.'

True. We did watch the third series because we remembered how much we used to like it, but will people stomach a fourth? Conversely to the first two series, Frank's downfall is now the reason for people to stick with a show that leaves a more sour taste in the mouth the longer you watch it.

It wasn't to everyone's taste but for four or five seasons the serial killer drama was one of Showtime's biggest hits. Having the brilliant Michael C. Hall as the central character was the show's strongest sell, but even the former Six Feet Under actor couldn't prevent a slide into utter, abject nonsense once the Trinity Killer (an excellent John Lithgow) met his maker.

The last series will be remembered as one of the worst in the history of television, mainly because of the promise of the show's early years.

The supernaturally bonkers opera once had an episode called 'Jump the Shark,' and we respect it for that if not its genuinely batshit loopy last couple of series.

X Files apologists are second only to Trekkies for their slavish devotion to all things Mulder and Scully, and they reckon that even the worst episodes are better than anything else on television.

But those last two seasons, with Robert Patrick's Agent Doggett and Annabeth Gish's Reyes sidelining both Duchovny and Gillian Anderson, had lost too much of what had made the story great in the first place and its race was run as a TV series.

The films, however, have not been bad and we're looking forward to the mini-series.

The rare case of a show reclaiming its magic - the current, fifth series is excellent and follows on from a superb fourth - after a terrible dip.

Homeland lost all connection with its own reality towards the end of the second series and Carrie's cry-face became the latest emblem for making an absolute bags out of a brilliant premise. There were just far too many elements being introduced on weekly that made absolutely zero sense when compared to what had gone before.

However, after a dreadful third season it has reclaimed a lot of its spark and people are hooked all over again. For Homeland, the lapse hasn't been terminal.

RTÉ have come out and denied that Stuart Carolan is writing a sixth series of the Dublin crime drama, and the end of the fifth series - Nidge and Siobhán dead, Elmo banged up and Fran sodomised by a pool cue - left things as closed off as they should ever get. 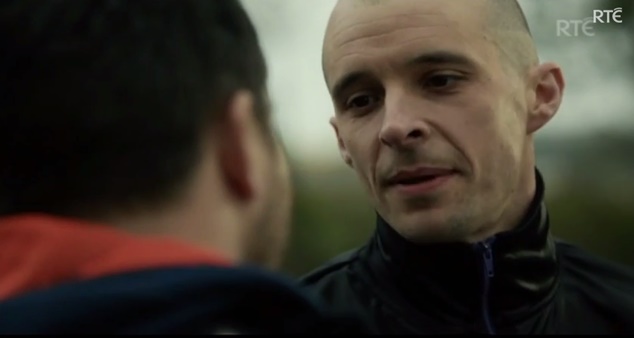 There is some suggestion that another series would switch the focus on to Patrick and the travelling community, but that would be a totally different show from what has gone before and we don't see anyone to bridge the gap from the old to the new, barring a Christ-like resurrection from a comatose Tommy.

The Big Reviewski || JOE · The Big Reviewski with Andy Serkis, Squid Game follow-ups & the return of Succession
popular
The JOE Friday Pub Quiz: Week 265
PICS: The man with the biggest penis in the world has one unbelievable problem with it
The 50 most iconic songs of all time* have been revealed
Ryanair is seeking applicants for "the worst job in Ireland"
A scene by scene analysis of the most uncomfortable moment in Come Dine With Me history
Warning after person has bank account cleared out hours after scam text
Here's the line-up for this week's episode of The Late Late Show
You may also like
6 months ago
8 things we're going to miss seeing at our local St. Patrick's Day parade this year
1 year ago
11 painful things that people who work in retail will understand
1 year ago
16 classic toys that every Irish kid growing up in the '90s wanted
2 years ago
These are the 8 lies you tell yourself when you’re on a night out
3 years ago
PICS: These nostalgic images from the '90s will bring anyone back to their childhood
3 years ago
Pics: Every Irish '90s childhood summed up in these nostalgic images
Next Page