Another great year for bad movies.

There have been plenty of big screen misfires (Robin Hood, Mortal Engines, Sherlock Gnomes, The Girl In The Spider's Web), as well as some that probably hope we've forgotten all about them (Mute, Winchester, The Hurricane Heist, Super Troopers 2).

END_OF_DOCUMENT_TOKEN_TO_BE_REPLACED

We haven't forgotten, but they just weren't bad enough to make the shortlist.

If you wanna make that list, then you've got to try harder. Or try less hard. We're not sure.

Either way, here's the worst of the absolute worst:

Every year, there is one movie that is so bad it makes us question our life choices. It is so bad, we decide not to expose ourselves to its awfulness, so before the movie is over, we get up and we leave the cinema. It does mean that we can't review the movie fully, because we haven't watched it all the way through, but in this case, the scene involving a granny explaining to her future daughter-in-law about cleaning ejaculate out of socks... yeah, no, thanks, bye.

What should have been a fantastic sci-fi adventure ended up having a giant Oprah and Reece Witherspoon as a leaf of flying cabbage. It was all very well-meaning enough, but director Ava DuVernay just couldn't get a handle on the OTT visuals, or match them to any kind of sensical plot.

END_OF_DOCUMENT_TOKEN_TO_BE_REPLACED

The first Johnny English movie came out 15 years ago, and it wasn't really funny then.

Jump forward to today, and we can almost forgive the franchise for sticking to its unfunny guns, but we CAN NOT forgive the fact that it attempted to bring down the legendary Emma Thompson with it. 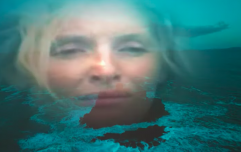 END_OF_DOCUMENT_TOKEN_TO_BE_REPLACED

#9 | THE NUTCRACKER AND THE FOUR REALMS

You can kiiiiiind of see what Disney were going for here, an opportunity to kick off another Alice in Wonderland-style world.

Except those Alice in Wonderland movies were objectively terrible, and this version seemed even less coherent and inventive than they were.

Every year there is at least one "family movie" that is so bad that bringing children to see it could be seen as pure cruelty.

Last year, it was The Emoji Movie. This year, it is Show Dogs.

Much like Meryl Streep and the Oscars, you can't have a Worst Of list and not mention a Fifty Shades movie.

Worse than 2017's Darker, solely because that movie at least seemed to be aware of how bad it was and leaned heavily into it, this one went back to playing it too straight to be any fun.

Also, three movies, over $1.3 billion at the box office and Jamie Dornan still didn't get his wang out? For shame.

In which we veer from one of the best sci-fis ever made to one of the worst.

Clive Owen is a detective who can sort of see all the crimes, because everyone has cameras in their eyes, except for one person, and everyone who meets them ends up dead... ?

We think. Listen, being confusing is one thing, and being boring is another thing, but being both? That is a cardinal sin.

How did the guy who wrote The Truman Show end up here??

The 2008 original was a brilliant low-key chiller that made you afraid to be home alone.

This sequel just made you afraid that they might make a third one.

The biggest problem here is that the concept was actually a pretty good one, if not hugely original.

Melissa McCarthy, bless her, goes all in, but neither the screenwriters nor the director are there to back her up. The level of unfunniness on display should be studied.

Between a haunted game of truth or dare - because they played it in a haunted-abandoned-Mexican-church (?!) - which turned everyone's face into a shitty Snapchat filter, there was just so much wrong with this movie.

It is hard to imagine there was a point during production when anyone thought, "Oh yes, this is a good idea".

Despite being objectively terrible, Truth or Dare cost $3.5 million to make and made nearly $100 million at the box office, so there'll probably be a sequel before long. Haunted version of Spin the Bottle, anyone?

Yep, another horror movie. This "scary movie" manages to be simultaneously un-scary, uninteresting and sort of tasteless.

The real life horror stories surrounding the urban legend of the Slender Man are plentiful, but the makers of this movie resort to profoundly unoriginal horror tropes hoping to make a quick buck from the name recognition of their title monster and little else.

We were as disappointed as anyone.

We loved the first Cloverfield, and we really enjoyed the sharp left turn that 10 Cloverfield Lane took.

The set-up for this one seemed great - what if astronauts looked down and the Earth had disappeared? - and the cast was pretty great. So what the hell went wrong?

The constant release date switcheroo, quickly followed by the sudden Beyoncé-ing arrival of the movie (SURPRISE, IT'S OUT NOW!) probably points at a complete lack of what they actually wanted to do with it, and the weird ending accidentally reveals just how tacked on the Cloverfield stamp was to an otherwise completely unoriginal sci-fi horror.

A mess that will probably end up being the reason the entire Cloverfield series was derailed.

The Big Reviewski || JOE · TBR Spotlight: The Falcon and the Winter Soldier Episode Five - 'Truth'
popular
These are the 27 new Marvel movies and shows coming in 2021 and beyond
QUIZ: Can you score top marks in this random European trivia quiz?
The hardest Line Of Duty quiz you'll ever take
Morrissey calls The Simpsons "racist" after showing him with his "belly hanging out"
The 50 most iconic songs of all time* have been revealed
Everything you need to know about the Indian variant of Covid-19: How the vaccine will affect it and its presence in Ireland
Man arrested after threatening pedestrian with a hammer and robbing their dog
You may also like
6 hours ago
Morrissey calls The Simpsons "racist" after showing him with his "belly hanging out"
1 day ago
Line of Duty fans think trailer reveals Kate's fate after tantalising final scene
1 day ago
WATCH: Marvel finally reveals Shang-Chi and the Legend of the Ten Rings
1 day ago
The five prime suspects behind the secret identity of the Power Broker
2 days ago
Kate Winslet's gripping new series Mare of Easttown is available to watch at home this week
2 days ago
Zack Snyder reckons he used "100 gallons, maybe more" of fake blood in his new horror movie
Next Page