20 reasons why Paul Rudd is a king among men

Ant-Man is our type of man.

I'm happy to admit that I'm not the coolest Paul in the world because everybody knows that this honour belongs to a man that's Ron Burgundy's most trusted reporter and also the latest superhero to arrive in our cinemas; the incredibly cool Paul Rudd.

END_OF_DOCUMENT_TOKEN_TO_BE_REPLACED

Just look at that him go. Impressive stuff.

In his new film Ant-Man, the actor is officially joining the elite superhero club - we imagine that Spiderman and The Avengers hang out at some exclusive bar- but Marvel's latest hero has always been a hero of mine.

1) This iconic introduction to Brian Fantana

Any person that decides to give a nickname to their testicles is clearly a genius.

Who didn't want to be on that stags in Killybegs? 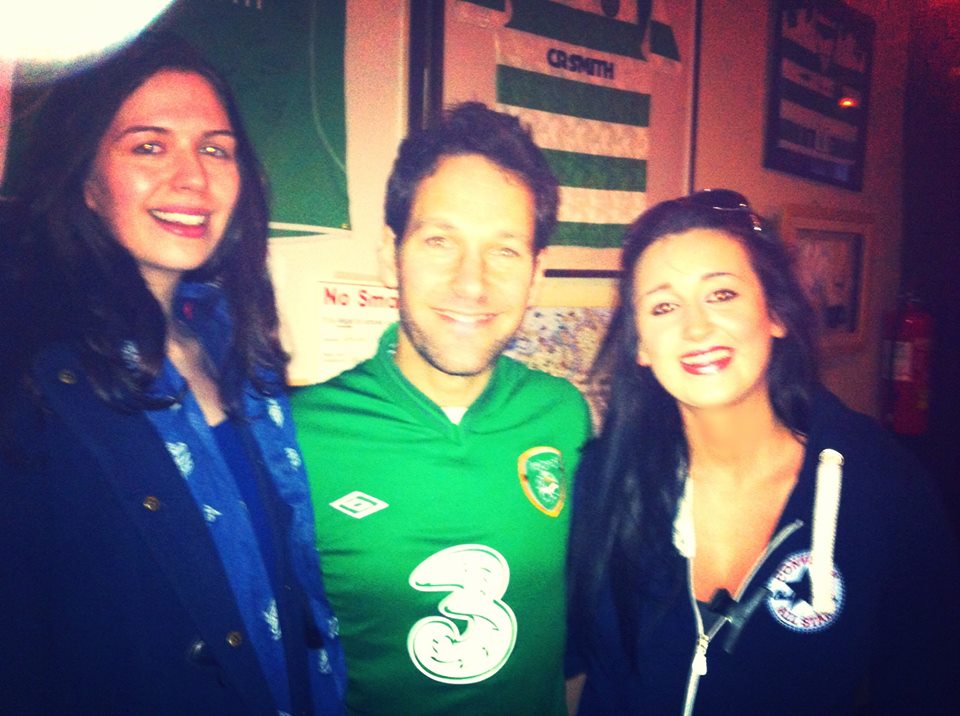 3) He even knows Seamus Coleman's dad

During that famous chat with Conan, he told us all about the time he met the father of the Everton defender.

4) This was his Year Book photo 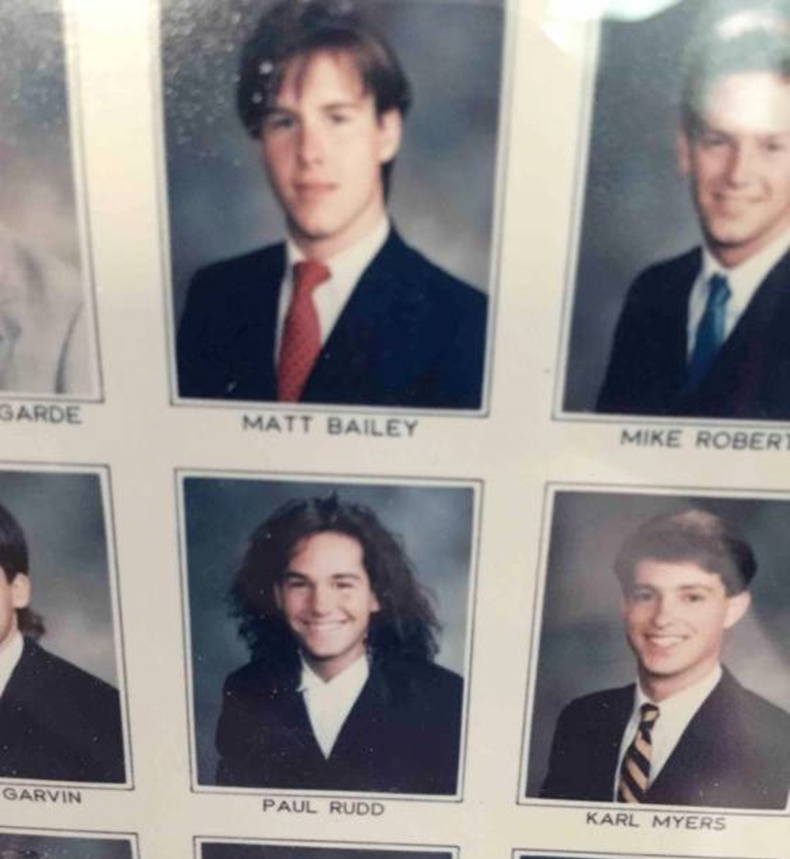 5) His alter ego name is superb

Rudd was so disappointed with the final cut of his first film, A Question of Ethics, that he insisted on his real name not featuring in the credits. He opted for the name Kenny Chin instead.

He has been using this name to check into hotels ever since.

6) He's the man who gave the world Sex Panther

60% of the time it works everytime.

7) He was so cool when he met the JOE readers

When Anchorman 2 premiered in Dublin, we had the pleasure of bringing some of the JOE readers out for a few drinks with the Channel 4 news team.

Genuinely, Rudd was so incredibly friendly, decent and sound with his time as he chatted with everyone. 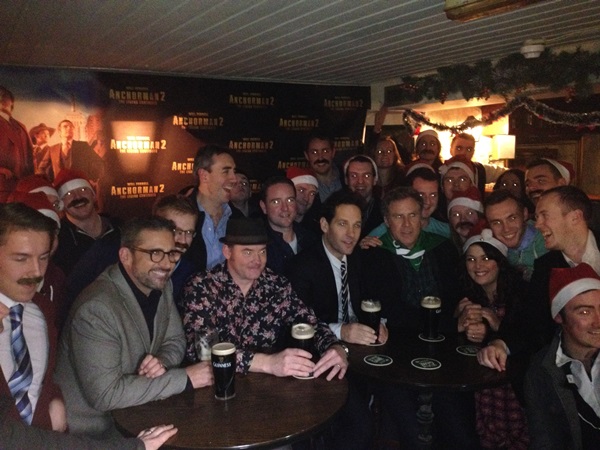 8) This moment in The 40 Year Old Virgin

This scene with Seth Rogen is entirely improvised, the sign of a highly-skilled comedic actor.

9) Everyone loved him in Clueless

He seemed normal in a world that was filled with shopping, mansions and a young Turk from Scrubs. 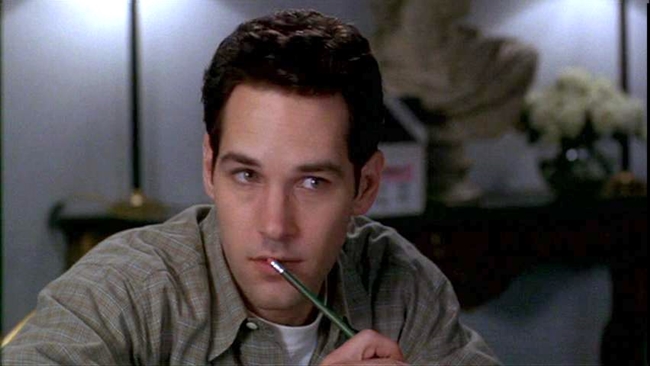 "Hey, you're making me look stupid. Get out here, Panda Jerk!".

11) His Mac and Me obsession

Whenever Rudd appears on Conan to promote a new film, rather than play a clip from the movie that he's there to promote, he always plays this clip from the so-bad-that-it's-amazing, Mac and Me.

Rudd stared in 2001 cult-classic Wet Hot American Summer and despite the fact that he's a humongous star now, he's returning to the show which is about to broadcast on Netflix very soon.

The actor also frequently works with the same directors, Amy Heckerling and Judd Apatow, so he's a loyal guy.

13) This deadpan line in Friends

After Joey announces his plan to make Monica and Chandler stay in their apartment - he plans on telling them that their new house is haunted- Rudd's character Mike has this perfect line.

15) No one does dry, sarcastic and deadpan like him

The deliberately dreadful accents in Walk Hard are bloody hilarious while that line, "I wonder if your songs will still be shit when I'm 64" still cracks us up.

17) He featured in one of the funniest shows in years

Parks and Recreation fans will remember him as the naive, stupid but sweet Bobby Newport.

After the Kansas City Royals won the ALCS championship, he did this on national TV. 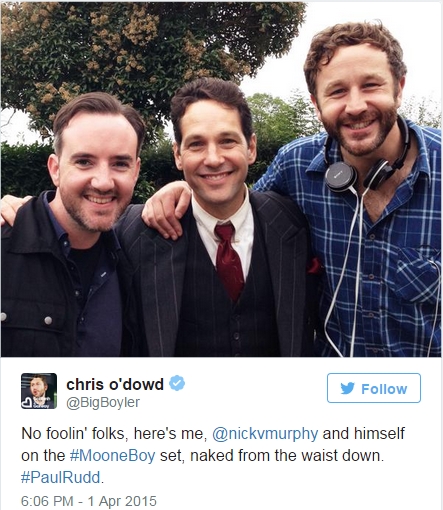 He also managed to drink Chris O'Down under the table.

popular
HSE urges public to stop using popular e-cigarette
2022 looks like it will finally be Hollywood’s big coming out party
President Michael D. Higgins leads the Late Late line-up this week
QUIZ: Can you name all the US States that contain 8 letters?
Ryanair recruiting for over 100 positions at Dublin Airport
The spiritual successor to Roger Rabbit and 7 more movies and shows to watch this weekend
You may also like
1 day ago
Netflix may premiere their movies in cinemas 45 days before streaming
1 day ago
Full update revealed on all future Star Wars movies and shows
3 days ago
Amazon Prime Video has just added 21 big movies to its library
3 days ago
11 bad movies that actually got good reviews when they were released
3 days ago
QUIZ: Can you name the disaster movie from a single image from each disaster
4 days ago
One of Liam Neeson's best ever performances is among the movies on TV tonight
Next Page