Hollywood was so preoccupied with whether or not they could, they didn’t stop to think if they should.

The third Jurassic World movie - Jurassic World: Dominion - is currently in production and scheduled to arrive in cinemas in Summer 2022, bringing back the central trio of the Park trilogy (Sam Neill, Laura Dern, Jeff Goldblum) and teaming them up with the central protagonists of the two World movies (Chris Pratt, Bryce Dallas Howard) so far.

Considering those first two Jurassic World movies have made a combined THREE BILLION DOLLARS at the global box office, it seems obvious that the Jurassic series is a bit of a slam-dunk hit of a franchise. 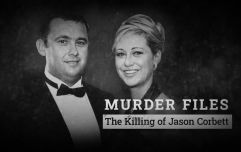 END_OF_DOCUMENT_TOKEN_TO_BE_REPLACED

That is not the case though, as the third Jurassic Park movie, unimaginatively titled Jurassic Park III, nearly drove the whole thing right off the rails.

Released in cinemas 20 years ago this week, one particular scene in the movie is still regularly used as a visual shorthand for bad, bad, bad storytelling...

... but there is so much more to JP3's messiness than just one accidentally hilarious scene.

Spielberg had initially planned on having his "T-Rex loose in a city" scene take place in the third Jurassic Park movie, but when he realised he probably wasn't going to make another one, he decided to put the scene into The Lost World instead. This idea of dinosaurs rampaging through populated areas is exactly the plot point that was left with us at the end of Jurassic World: Fallen Kingdom, and will likely be the kick-off point for 2022's sixth and final (for now) Jurassic movie.

So Spielberg passed the directorial chair over to Joe Johnston (who had just had a big hit with Jumanji), giving the new director complete creative control over the story, and giving only one piece of advice: not to try to copy Spielberg's movies.

END_OF_DOCUMENT_TOKEN_TO_BE_REPLACED

Knowing how the movie ends up - as a mish-mash of the plots of the first two movies - we know that eventually Johnston didn't heed this advice, but it was a long road before they arrived at that Xeroxed destination.

The early drafts of the screenplay features storylines including but not limited to:

- Dr. Alan Grant (Sam Neill) sneaking on to the islands and living among the dinosaurs like Robinson Crusoe, an idea that Johnston (rightfully) nixed because he couldn't imagine Grant wanting to go back to a dinosaur island following the events of the first movie.

- A completely unrelated group of teenagers becoming marooned on Isla Sorna, aka Site B, which Johnston also rejected because it "read like a bad episode of Friends".

- Following a series of murders on the mainland of Costa Rica, it is eventually discovered that one of the Pteranodons (the flying dinosaurs) had escaped the island and was killing people under the cover of night, leading to an investigation on to the island to see if any other dinosaurs had escaped. 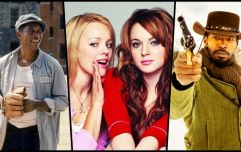 END_OF_DOCUMENT_TOKEN_TO_BE_REPLACED

This final script was what production had begun working with, doing pre-visualisations and building sets, but by the time $18 million had been spent, both Johnston and Spielberg decided to pull the plug and start from scratch, bringing in Alexander Payne and Jim Taylor, both best known at that point for their work on dark comedy Election, but both going on to mega success with the likes of Sideways and The Descendants.

Despite all of this script work, when Jurassic World III began filming in August 2000, it didn't have a completed script. When it finished filming in five months later, it still didn't have a completed script. Johnston would later reveal that they would shoot scenes that would be added to the script after they had been shot, and it also led to this now infamous statement by William H. Macy, playing one of the leads of the movie:

"The script has been evolving and being rewritten as we go, and what you want to say is, 'Who launched a $100 million ship without a rudder, and who's getting fired for this?' But that's the way it goes. That's the way they make these movies... big deal. I think someone should be shot, but I'm not in charge."

The end result was a film filled with meaningless characters (and, weirdly, no human antagonists), some dodgy special effects, talking Raptors, no real ending to speak of, and perhaps most sacrilegious of all, it killed off the T-Rex almost immediately just to get across the point that the new big bad dino was even scarier.

Despite costing the most at the time, Jurassic World III made the least from the series at the box office, by a wide margin. It clocked in a little under $370 million globally, compared to The Lost World's $618 million, and the original's $912 million (now over a billion thanks to re-releases).

Diminishing returns also applied to the critical reaction, although the then-franchise low of 49% on Rotten Tomatoes has since been beaten by Fallen Kingdom's 47%.

It would be almost fifteen years before Hollywood would revisit the franchise, by going a similar route as The Force Awakens did with A New Hope, and giving us a soft reboot of the very first movie. It worked, obviously, as we're about to get Jurassic World III, but here is hoping that the scatter-shot, script-less lessons taught by Jurassic Park III have been well and truly learned.

The Big Reviewski || JOE · The Big Reviewski with Y: The Last Man, that Malignant ending & a secret streaming service
popular
All of the restrictions easing from tomorrow as Ireland continues to reopen
Kerry Lotto player one number shy of winning third highest jackpot in Irish history
The JOE Friday Pub Quiz: Week 261
The Big Reviewski JOE Movie Quiz: Week 120
New documentary on the murder of Limerick man Jason Corbett to air tomorrow night
QUIZ: Give your brain the pump it deserves with this general knowledge quiz
Daniel Craig says goodbye to James Bond in emotional farewell speech
You may also like
1 day ago
One of the best war films ever made is among the movies on TV tonight
1 day ago
Daniel Craig says goodbye to James Bond in emotional farewell speech
1 day ago
'80s horror classic The Lost Boys to be rebooted, but can the original be topped?
1 day ago
The Ultimate Dwayne "The Rock" Johnson Quiz
2 days ago
Logan swears to go "full f*****g beast" in new look at Succession season 3
2 days ago
You season 3 trailer has just dropped and it looks like the wildest series yet
Next Page