So many reasons to look forward to the cinema next year!

While it isn't always easy to predict what is going to be great (nobody could've predicted A Quiet Place or Rampage to be as much fun as they were), or what is going to be not-that-great (sad trombone noise for Skyscraper and The Meg), but it is always fun to guess. 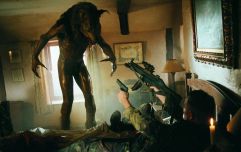 END_OF_DOCUMENT_TOKEN_TO_BE_REPLACED

Plus, in the case of some of these, it isn't even a guessing game, because we really, REALLY want to believe that they'll be amazing, and isn't that enough? If we just WISH them into amazingness? Ah, the power of imagination...

END_OF_DOCUMENT_TOKEN_TO_BE_REPLACED

It feels like every year we have a Liam Neeson-gets-revenge-on-a-mode-of-transport movie. We had The Commuter (Neeson On A Train) and Non-Stop (Neeson On A Plane) and this year we've got Cold Pursuit (Neeson On A Snow Plow). What makes this one stand out is the exceedingly dark sense of humour running through the bloody action.

Writer/director Jordan Peele's follow-up to Get Out has an impressive cast, including Oscar-winner Lupita Nyong'o and The Handmaid's Tale star Elizabeth Moss, all of whom find themselves under attack by a group of people who look exactly like them... We're very intrigued. And scared. More scared, really.

The first of two Stephen King remakes this year, with this one telling the story of a family moving to a new house in the middle of nowhere, only to discover something truly unsettling in their own back yard. If you manage not to jump at the truck in the trailer (you'll know when you see it), then you're made of sturdier stuff than we are...

We could've gone with Captain Marvel, or Spider-Man: Far From Home, or The New Mutants, or X-Men: Dark Phoenix, or Shazam, or Hellboy, and to be fair, the majority of them could be absolutely fantastic, but let us be honest: all eyes are on the Endgame.

The (apparently) trilogy closer for John Wick's story of violent assassinations and revenge for puppy killing picks up exactly where Chapter 2 ended, with Keanu on the run from a league of paid killers for breaking the rules of the job. At least one of the set pieces finds Wick on horseback, so... yeah, we're 100% here for it.

Astronaut Roy McBride (Brad Pitt) travels to the outer edges of the solar system to find his missing father and unravel a mystery that threatens the survival of our planet. His journey will uncover secrets that challenge the nature of human existence and our place in the cosmos.

Yep, it all sounds a bit Interstellar-y, but with Pitt joined by Tommy Lee Jones, Ruth Negga, and Donald Sutherland, and it coming from the director of The Yards and We Own The Night, we imagine this is going to be a very different kind of sci-fi. 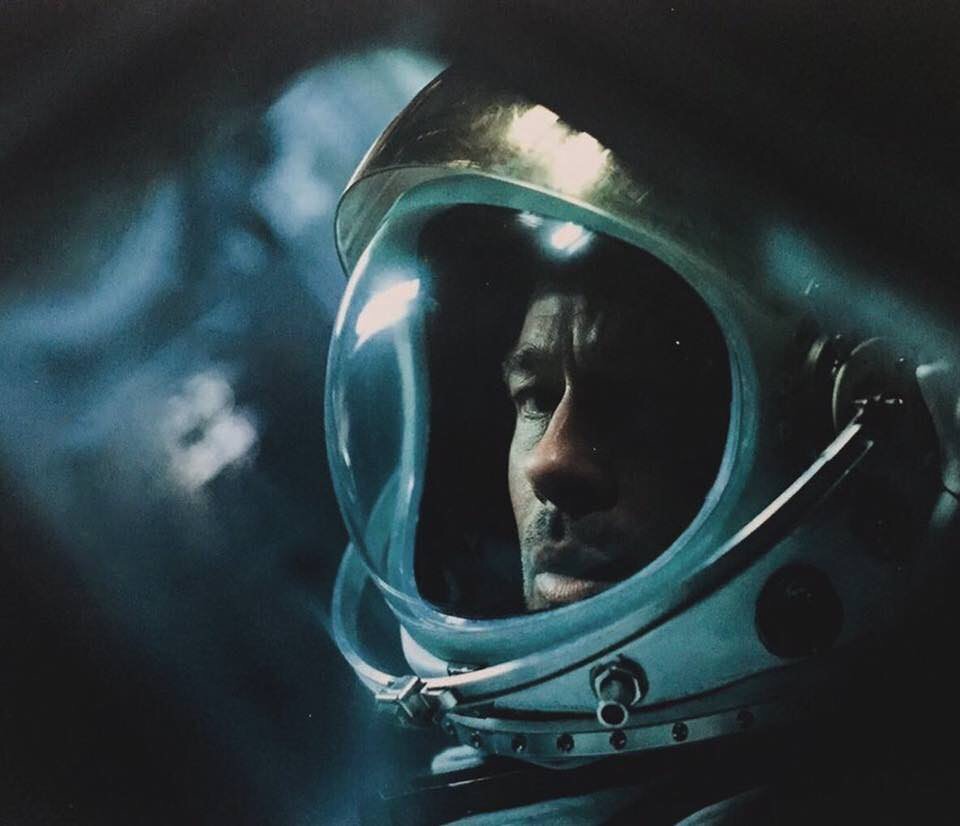 GODZILLA: KING OF THE MONSTERS

Leaning heavily into the "More Is More" asthetic, the sequel to the gritty remake finds Godzilla battling all manner of beasts around the globe, each one bigger and with more heads than the last. Stuff will explode, and it will look and sound great on as big a screen as we can find.

Will Smith and Tommy Lee Jones are out, the Thor: Ragnarok pairing of Chris Hemsworth and Tessa Thompson are in. They'll be joined by Liam Neeson, Emma Thompson, Rebecca Ferguson and more, with directing duties going to F. Gary Gray (Fast & Furious 8). Considering how bad the last two sequels were, the only way is up for this one.

We don't really need to explain why we're excited about this one, do we?

We could've gone with one of the other live action adaptations that Disney have coming out in 2019 (Dumbo in March, Aladdin in May), but considering the cast involved in this one - Donald Glover! Beyonce! Chiwetel Ejifor! - and the fact it is coming from the same guy who gave us the fantastic live-action remake of The Jungle Book, it is safe to say that this one we're most excited about.

ONCE UPON A TIME IN HOLLYWOOD

Tarantino reunites with DiCaprio and Pitt for this based-on-a-true-story tale of the Manson Family murders against the backdrop of Hollywood in 1969. Considering the serious (and factual) subject matter, the fact that it is being billed as a comedy has a lot of people curious as to what exactly Tarantino is up to here. Add in the fact that what feels like half of today's biggest stars are also in the movie means it is definitely going to be a talking point when it is released this summer.

Despite the fact that the title is now at least three times longer than it needs to be, this is still the F&F spin-off that pairs of The Rock and Jason Statham as they try to take down bad guy Idris Elba. And it is from the director of John Wick, Deadpool 2, and Atomic Blonde. Yep, we are dangerously excited about this. 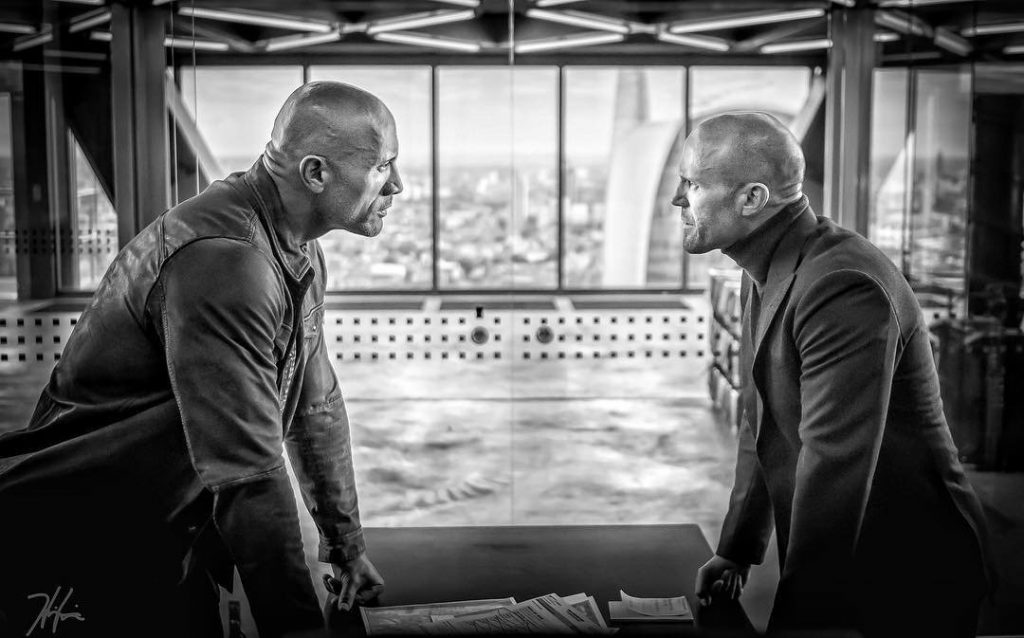 The other 2019 Stephen King movie is also the sequel to the biggest horror box office hit of all time. The now grown-up Loser's Club (played by the likes of Jessica Chastain, James McAvoy, and Bill Hader) find themselves once again tormented by the flesh-eating demon clown.

Will Smith plays an aging assassin who finds himself being hunted by a younger, stronger cloned version of himself. It is the kind of bonkers idea that could go either way, but considering Ang Lee (Brokeback Mountain, The Life Of Pi) is in the director's chair, and the creator of Game Of Thrones had a hand in the script, this really could be something special.

Yeah, we know, we already listed all of the comic book movies due for release in 2019, but Joker does deserve its own special mention. Not least because it pairs the always-intriguing  Joaquin Phoenix, taking on the origin of one of modern culture's greatest villains, with the director of The Hangover. We have no idea what to expect, but we know we are excited to see it.

It has been a sliding scale of quality ever since Terminator 3, but with the return of Linda Hamilton (the original Sarah Connor), as well as James Cameron on producer duty, and the guy behind Deadpool in the director's chair, this could be the one that puts everything back on the right timeline, where all of the Terminator sequels were actually as good as T2!

The end is upon us, with The Force Awakens director J.J. Abrams back as director. With a lot of big questions and plot points answered and/or resolved by the end of The Last Jedi, the currently-untitled Episode 9 has the chance to be the first Star Wars Trilogy to have three great movies in it. May the force be with them...

We've already gone deep into why Crawl is going to be amazing, in the same all-the-eggs-in-one-basket, sweeping statement we made about The Meg at around this same time last year. We've no idea when it is out, it could even be pushed to 2020, but we're ready to have our heartbroken again, is what we're saying.