Unsurprisingly to pretty much anyone in the '80s and '90s, there was a huge sense of competition between Arnold Schwarzenegger and Sylvester Stallone.

Two of the biggest (in every definition) stars in Hollywood, if one of them succeeded with a certain "type" of movie, then you would be sure the other would try to outdo them:

END_OF_DOCUMENT_TOKEN_TO_BE_REPLACED

Stallone had Rambo, so Arnie had Commando.

Arnie had Red Heat, so Stallone had Tango & Cash.

Stallone had Cobra, so Arnie had Raw Deal.

Arnie had Total Recall, so Stallone had Demolition Man.

END_OF_DOCUMENT_TOKEN_TO_BE_REPLACED

In the decades since, they've put all that petty rivalry behind them and teamed up for a few movies (Escape Plan, The Expendables), but during the height of their feud, it did seem like they truly hated each other.

And it all culminated on 21 February, 1992, with the release of a movie that Stallone starred in, due to a prank pulled by Arnie... 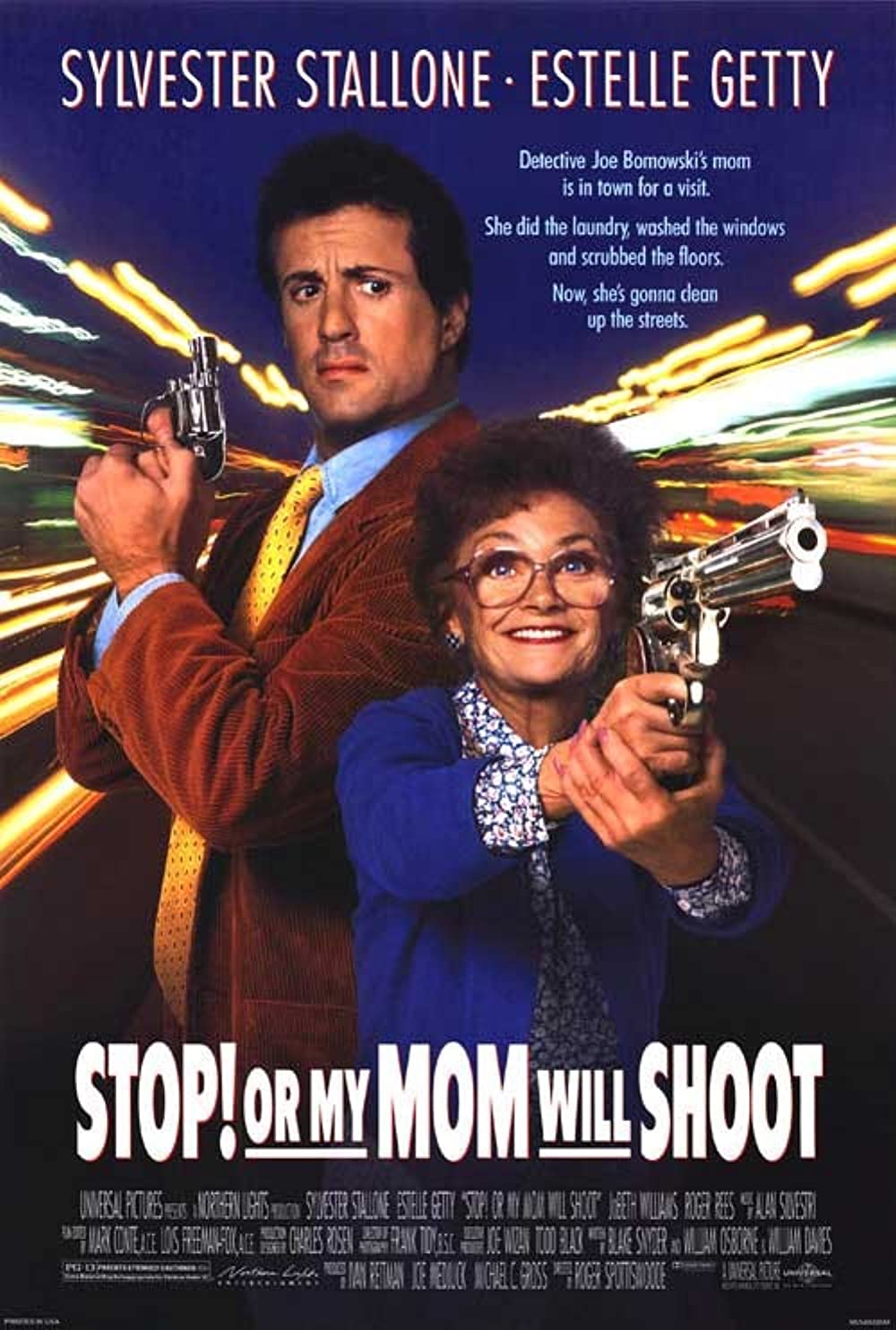 By 1992, Arnie had already starred in not one, but two hit comedies – Twins and Kindergarten Cop – both of which were directed by the late, great Ivan Reitman, so Stallone was looking to play catch-up in this particular genre.

END_OF_DOCUMENT_TOKEN_TO_BE_REPLACED

Word had gotten out that Arnie was gearing up to work with Reitman again on a new comedy called Stop! Or My Mom Will Shoot about a hardened detective whose seemingly fragile mother comes to stay with him and ends up interfering in every aspect of his life.

Or at least that was what Arnie wanted Stallone to think, as he would go on to tell Jimmy Kimmel years later:

"I read the script, and it was a piece of shit. Let's be honest. I say to myself, 'I'm not going to do this movie...' Then they went to Sly, and Sly called me: 'Have they ever talked to you about doing this movie?'

"And I said, 'Yes, I was thinking about doing it. This is a really brilliant idea, this movie.' When he heard that, because he was in competition, he said, 'Whatever it takes, I'll do the movie'."

Stallone did indeed bag the lead role, paired with Golden Girls star Estelle Getty as his nosey mother, and Reitman was still on the project (although just in a producer's role), with the directing gig going to Roger Spottiswoode (Turner & Hooch, Tomorrow Never Dies, and eventually working with Arnie on arguably his worst movie, The 6th Day).

When SOMMWS eventually arrived in cinemas, it landed with a thud of 11% from critics on Rotten Tomatoes, who had an absolute field day tearing it to shreds:

Roger Ebert - "It is moronic beyond comprehension, an exercise in desperation during which even Sylvester Stallone, a repository of self-confidence, seems to be disheartened."

Austin Chronicle - "Spottiswoode directs action well but at about 90 minutes, this film is about 60 minutes longer than its material."

The Spectator - "I laughed occasionally, but in pain."

Arizona Daily Star - "Sometimes, you just have to sit back and wonder what Stallone was thinking."

The Mountain Express - "Being shot might be preferable to sitting through this."

Years later, when asked which movie he wished he'd never made across his career, Stallone immediately name-checked this one, telling Ain't It Cool News that:

"In some countries - China, I believe - running [the movie] once a week on government television has lowered the birth rate to zero. If they ran it twice a week, I believe in 20 years China would be extinct."

Should you want to dive in, Stop! Or My Mom Will Shoot is available to watch on Netflix right now.