The sports drama has emerged as a firm favourite among fans.

Adam Sandler's new basketball drama Hustle has broken personal records for the actor following its debut on Netflix earlier this month, emerging as a solid favourite among his die-hard fan base.

Premiering on Wednesday 8 June on the streaming giant on this side of the world, the film received a slightly earlier release stateside and has since racked up an impressive 91% audience review and an equally balanced 91% critics score. 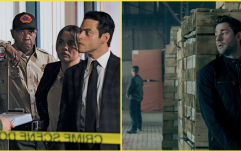 END_OF_DOCUMENT_TOKEN_TO_BE_REPLACED

The latter makes Hustle one of Sandler's best critically reviewed films on the site, sitting just behind 2019's Uncut Gems at 92% and 2017's The Meyerowitz Stories (New and Selected) at 93%.

However, Sandler's latest - in which he plays a sports coach who identifies an emerging basketball star from Spain and leads him to NBA success - is by far the movie that is preferred by the comedian's fans, thanks to the site's 91% audience score.

This makes Hustle the best audience-reviewed movie of Sandler's career so far.

The Billy Madison and Happy Gilmore star has a $350m (approximately €330 million) Netflix deal which will see him produce a number of features for the popular streaming service over the coming years. However, his previously released films - comedies like The Ridiculous 6, Sandy Wexler and Murder Mystery - have not performed nearly as well as his sports-focused latest. 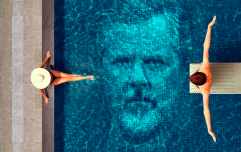 END_OF_DOCUMENT_TOKEN_TO_BE_REPLACED

Sandler's joke-and-music filled 2018 stand up special 100% Fresh - which itself poked fun at the nature of Rotten Tomato reviews - appears as a close second among his fans, clocking a 91% audience score, followed by goofy comedies like 2006's Grandma's Boy and 1996's Happy Gilmore, which each have an audience score of 85%.

Meanwhile, viewers have been taking to Twitter to sing Sandler's praises following his latest dramatic performance - with some even calling for the Academy to sit up and take notice.

Hustle is available to view now on Netflix.