The rest of the celebrity panel found the cutting remark hilarious.

Amanda Holden and Jimmy Carr walked off set after a contestant on BBC One show I Can See Your Voice dismissed their expertise.

The TV presenters were judging another instalment of the show, which sees contestants determine which of the six mystery singers are good and which are bad – without actually hearing them sing - when the comment was made.

END_OF_DOCUMENT_TOKEN_TO_BE_REPLACED

The show, hosted by Paddy McGuinness, sees the judges assist members of the public to eliminate fake singers, in order to win cash.

The Britain's Got Talent judge and her fellow judge on the show, Carr, are seen leaving the set in an upcoming episode after contestant, Haloo, mocked their assistance, telling them: "I love you guys but you are no help."

BBC released a sneak peek of the episode that is due to air on Saturday. Following the comment, Holden was seen standing up from her chair and following Carr to the side of the set.

McGuinness was subsequently heard saying: "Off you go, see you later." Then, referring to another celebrity guest: "Lulu, you can stay."

The rest of the celebrity panel, including Lulu and This Morning's Alison Hammond, are shown roaring with laughter. 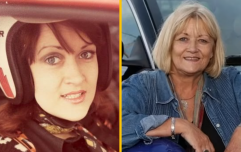 END_OF_DOCUMENT_TOKEN_TO_BE_REPLACED

The funny moment comes after Carr didn't hold back as he made a brutal joke about Holden on the show last month.

He joked that his fellow judge had a "new face", and the radio presenter appeared not to mind, as she laughed along. 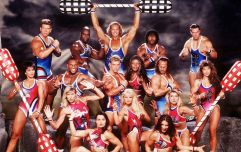 END_OF_DOCUMENT_TOKEN_TO_BE_REPLACED

One of the possible vocalists on the BBC show was named "No Scrubs", as she studied medicine.

Referencing this, Carr then said: "You know, No Scrubs. Would it be appropriate to take a moment to thank the doctors and nurses that have worked tirelessly over the last couple of years?" The studio applauded before Carr continued: "On Amanda's new face..."

I Can See Your Voice continues on Saturday at 9.10 pm on BBC One.

popular
The Last Of Us Episode Five will premiere days earlier in Ireland and UK
5 years ago, Hollywood took a massive gamble on a huge sequel... and lost big time
Shock as blues singer beats Adele, Beyonce and Taylor Swift to win Song of the Year Grammy
QUIZ: Can you answer all of Judith Keppel's Who Wants to be a Millionaire questions?
Ben Affleck's bored expression at the Grammys becomes a meme
One of the most underrated crime thrillers of recent years is among the movies on TV tonight
The first reviews for Hogwarts Legacy are absolutely stellar
You may also like
2 months ago
BBC Radio will play edited version of Fairytale of New York for first time
2 months ago
Mother tells BBC Breakfast she tracked down and killed her son's paedophile abuser
3 months ago
Dragons’ Den star Drew Cockton dies at home after winning £50,000 investment
5 months ago
David Attenborough is coming to Ireland for new nature documentary
6 months ago
Mock The Week is coming to an end after 17 years, BBC confirms
6 months ago
Peaky Blinders creator confirms film starts shooting "next year"
Next Page