EXCLUSIVE: Annabelle 3's plot sounds like it will also double as The Conjuring 3

Horror fans will be very happy with this!

We recently sat down with James Wan, the writer and director of the first two Conjuring movies, in the lead-up to the release of his latest directorial outing Aquaman (our review here), but of course we had to ask about the next entry in his Conjuring universe.

Aside from those first two Conjuring movies, we've also had two Annabelle movies, as well as this year's The Nun, and while there is The Crooked Man (who appeared in The Conjuring 2) spin-off still in the works, the third Annabelle movie will arrive first.

James Wan is on story duty, co-writing with Gary Dauberman (who has written the script for the 2017 remake of IT as well as the 2019 sequel), and Dauberman will also be making his directorial debut with Annabelle 3.

Wan had the following to say about the movie:

"We are filming it right now. Patrick [Wilson] and Vera [Farmiga] are in it, yes. The story kind of picks up where The Conjuring, the opening kind of prologue sequence to The Conjuring.

"They go and interview these young ladies who have the Annabelle doll. And so our movie for Annabelle 3 picks up from that, literally, from where Ed and Lorraine take the doll and bring it back home. 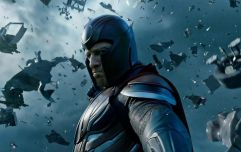 END_OF_DOCUMENT_TOKEN_TO_BE_REPLACED

"And so our story basically deals with what happens when they bring the doll back to their home."

So anyone looking for The Conjuring 3 will be happy to hear that it looks like Annabelle 3 will kind of be that, too.

The currently untitled Annabelle threequel is due for release in July 2019, and you can check out our full conversation with director James Wan right here:


popular
Donald Trump takes aim at Parasite's Oscar win because the movie is from South Korea
QUIZ: How well do you remember these classic PS2 games?
Here are all the best new titles coming to Netflix in March
New weather warning issued for three counties
Mary Lou McDonald wins most votes, but no Taoiseach elected after first sitting of 33rd Dáil
Laura Whitmore hits out at paparazzi photographing her following Caroline Flack's death
Gardaí search for owner of "quantity of gold Krugerrands" in Limerick
You may also like
1 day ago
The Big Reviewski Ep 56 with The Batman's suit, Harrison Ford's beard, and the writer of Die Hard
1 day ago
Michael Palin to feature in a David Attenborough documentary coming to Irish cinemas
1 day ago
Here are the 5 best movies on TV this evening
2 days ago
Here are the best movies on TV tonight
2 days ago
In Bruges director will be making his next film in Ireland and the plot sounds great
3 days ago
QUIZ: How well do you know the Matrix series?
Next Page