Some assembly may still be required...

We all know that the Infinity War sequel will be arriving in a year or so, and outside of that all that Disney and Marvel have confirmed so far are Ant-Man & The Wasp, Captain Marvel, the Spider-Man:Homecoming sequel and Guardians Of The Galaxy Vol.3.

Anything else might give the game away as to who will still be standing once the Infinity War is done and dusted.

END_OF_DOCUMENT_TOKEN_TO_BE_REPLACED

There is an air of finality about the whole thing - that next April will be the last time we'll be seeing The Avengers properly assemble - but it turns out, that may not be the case.

"We meet on a regular basis with our Marvel team, and we’ve plotted out Marvel movies that will take us well into the next decade. I’m guessing we will try our hand at what I’ll call a new franchise beyond Avengers, but that doesn’t necessarily mean you won’t see more Avengers down the road."

Disney's CFO Christine McCarthy followed that up with:

"I think the outstanding performance is nothing short of stellar, [but] there is one difference in [Infinity War], that’s the size of the cast… Because of the size of the cast involved and the cost of the movie, the scale, the magnitude, while this film is going to be very profitable, it may not be on the same return level as some of the other films, because of the sheer scale of it." 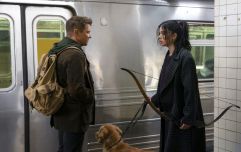 Hawkeye review: The shot (arrow?) in the arm that Marvel needed right now

END_OF_DOCUMENT_TOKEN_TO_BE_REPLACED

The actual budget for Avengers: Infinity War and the untitled sequel hasn't been officially announced, but the estimates have ranged between $250 million each to just shy of $1 billion (with a b) combined.

So far, after just eleven days in cinemas, Infinity War has already earned $1.2 billion at the box office, and will most likely break the $2 billion barrier before all is said is done.

So while the profits are definitely rolling in, the profit margin is much smaller than a movie that would've cost a lot less.

So it is probably a good thing that the cast size will be reducing significantly going forward...

popular
Dart+ West reaches "crucial milestone" on road to transforming Dublin rail network
Thousands of people missing booster vaccine appointments
These are the most generous counties in Ireland, according to GoFundMe
Schools affected by Storm Barra expected to reopen tomorrow, says Minister
More counties issued with weather warnings as Storm Barra hits Ireland
Woman in her 30s injured after falling from balcony in Cork city
Woman in her 90s dies following road crash in Clare
You may also like
1 month ago
Ranking all 30 of the MCU movies and shows from worst to best
1 month ago
Barry Keoghan on having the premiere of his new Marvel movie in the Dublin cinema he was once kicked out of
1 month ago
Eternals review: an entertaining $200 million trailer for the Eternals sequel
1 month ago
Eternals will feature the Marvel Cinematic Universe's first sex scene
1 month ago
Disney delays releases of some huge Marvel movies in 2022 and 2023
2 months ago
Disney announces incredible line-up of premieres for upcoming Disney+ Day
Next Page