Or a handful, preferably.

We've known for about a month now that Black Panther is the chosen one as far as Disney/Marvel's Oscar hopefuls for 2019.

A real 'Sophie's Choice' dilemma for the studio saw the Wakanda-set box office smash take point over Avengers: Infinity War in terms of which one would be put forward by the studio for the prestigious Best Picture award.

END_OF_DOCUMENT_TOKEN_TO_BE_REPLACED

Presumably following a waterfall-based ceremonial scrap, Black Panther walked away with that nod and thus the campaign is on.

Infinity War, however, will be in the hopeful mix for just about every other major honour.

IGN reports that the third Avengers movie will be put forward for 11 categories, and they are as follows:

That's per the official Disney 'For Your Consideration' rundown, which is a very shiny and glossy and industry-focused thing altogether.

Awards are big business, of course, and the prestige that would accompany the likes of an Infinity War or Black Panther Oscar win would be huge for both marketing and status purposes.

Remember, not even The Dark Knight walked away with Best Picture. 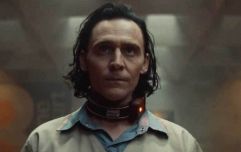 END_OF_DOCUMENT_TOKEN_TO_BE_REPLACED

Granted, the Academy Awards are arguably as irrelevant as they have ever been, as evidenced by the recent plan and subsequent u-turn to introduce a nonsensical 'Most Popular Film' gong.

Back in the MCU, the latest on the upcoming Infinity War sequel is that the rough cut is a whopping three hours long.

The Big Reviewski || JOE · TBR Spotlight: Loki - Episode Two - 'The Variant'
popular
QUIZ: Can you name all these European countries from a list of cities?
The Queen appealing for volunteers to weed the garden of her Sandringham Estate
The 50 most iconic songs of all time* have been revealed
QUIZ: Can you get full marks in this potentially very frustrating general knowledge quiz?
PICS: The man with the biggest penis in the world has one unbelievable problem with it
Met Éireann warn of thunderstorms as Atlantic system set to hit Ireland
The JOE Music Quiz: Week 62
You may also like
2 weeks ago
EXCLUSIVE: Angelina Jolie loved working with Barry Keoghan on Marvel's Eternals
3 weeks ago
WATCH: Marvel's Eternals looks very, very different to anything else in the MCU so far
1 month ago
"I don't want to be Tom Holland!" - Dave Bautista on the difficulty of keeping big Marvel secrets
1 month ago
Marvel and Disney announced schedule change for upcoming Loki show
1 month ago
Marvel release first footage from Eternals and reveal titles for upcoming movies
1 month ago
Ranking all 25 of the MCU movies and shows from worst to best
Next Page