The director of Basic Instinct and Showgirls is tackling religion...

If you need a shorthand reminder of just how far Ireland has come along - both culturally and just in terms of being somewhat sounder - look no further than the release of Benedetta in Irish cinemas.

Directed and co-written by Paul Verhoeven, a man who never met a sex scene or an act of violence that couldn't be ramped up to eleven - he is the man behind Basic Instinct, Showgirls, Starship Troopers, and the original (and great) versions of RoboCop and Total Recall - it sees him tackling a controversy-filled story set within the confines of religion. 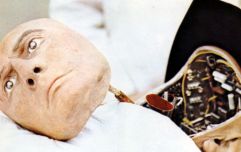 END_OF_DOCUMENT_TOKEN_TO_BE_REPLACED

Not to spoil anything, but Jesus Christ himself appears throughout the movie, and always represented as a figure to be lusted after. At one point, he is shown completely naked and is seducing the movie's leading character, Benedetta Carlini (a magnificent Virginie Efira), who also happens to be having a love affair with another nun in her convent (Daphne Patakia).

To think, in 1996, Showgirls was banned in Ireland because the movie contained the sentence "Jesus Fucking Christ", it truly is a testament to just how much we've progressed.

Which isn't to say the same thing applies to everywhere else in the world... 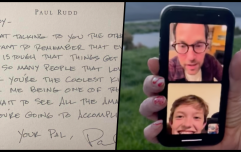 END_OF_DOCUMENT_TOKEN_TO_BE_REPLACED

It also shows how much Verhoeven has progressed as a filmmaker, as he is less likely to turn to his sledgehammer-esque use of metaphor, having become adept at using the scalpel instead.

And while these might sound like heavy, potentially depressing topics to attempt to tackle, Verhoeven does it all with a cheeky glint in his eye, never straying too far from a scathing one-liner to assist in keeping the tone of the movie in line with his ideologies.

Not judging anyone's faith or sexuality, Verhoeven presents Benedetta's story from her perspective as if it were, well, gospel, but maintains that underlying playfulness, dropping it only when her story is met with horror and at times violence from those around her. 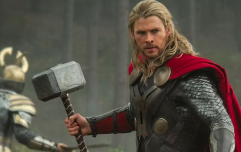 END_OF_DOCUMENT_TOKEN_TO_BE_REPLACED

But it also features a naked sexy Jesus, so thankfully Verhoeven hasn't fully given up on trying to shock us yet, either.

popular
Taoiseach issues mild rebuke in parting words to Boris Johnson, Mary Lou McDonald goes in two-footed
An action-packed thriller is among the movies on TV tonight
PSNI officers 'photographed and manipulated body of suicide victim'
Sinn Féin considering tabling no-confidence motion in Government
Gardaí unveil new Armed Support Unit vehicles to replace older models
Woman charged over €1.2 million misappropriation of funds at local Credit Union
Bus Éireann’s service from Dublin to London will restart this week
You may also like
6 hours ago
A serial killer thriller with 100% on Rotten Tomatoes and 5 more movies & shows to watch this weekend
23 hours ago
A star-studded crime thriller is among the movies on TV tonight
1 day ago
One of the most talked about movies of 2022 finally has an Irish release date
1 day ago
5 must-watch shows and movies arriving on NOW in July
1 day ago
One of the greatest crime movies of all time could be getting a sequel
1 day ago
NOW announces large reduction to its monthly membership prices
Next Page