If you're a true crime documentary fan and haven't seen these, you need to rectify that immediately.

Gruesome crimes with horrendous stories and perpetrators for some reason lead to spine-tingling documentaries that we just cannot seem to stop watching.

The insatiable appetite for the genre - which can probably be traced back to the runaway success of crime podcast Serial - has only grown in recent years since the release of Making A Murderer.

There are so many options out there to choose from for fans, but here are some scarier-than-fiction documentaries to watch if you are in the mood to be unnerved.

Night Stalker: The Hunt for a Serial Killer

Night stalker follows the chilling murders, rapes and kidnappings that shook Los Angeles in 1985. Richard Ramirez was one of America’s most notorious serial killers.

He was hunted down and brought to justice, and Night Stalker: The Hunt for a Serial Killer tells the story from those most impacted by his crime spree, including interviews with victims, reporters and the officers who caught him.

American Murder: The Family Next Door

END_OF_DOCUMENT_TOKEN_TO_BE_REPLACED

American Murder: The Family Next Door brought public attention to the disappearance of Shanann Watts, who was pregnant with her third child, along with her two daughters Bella (aged four) and Celeste (aged three).

Conversations with a Killer: The Ted Bundy Tapes 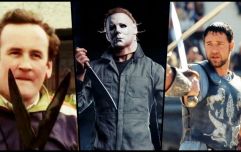 END_OF_DOCUMENT_TOKEN_TO_BE_REPLACED

The four 60 minute episodes in this series were sourced from over 100 hours of interviews and archival footage of serial killer Ted Bundy.

It also includes interviews with his family, friends, victims and the law enforcement involved with his case. It traces Bundy’s life, crimes, arrests and death in immense detail.

This docuseries is brilliant and at times frustrating, as the mysteries remain unsolved so you never really know what happened.

Each episode goes into a mystery that remains unsolved and is shown with different interviews and footage.

I am a Killer

In this new show, the killer is at the centre speaking about their disturbing crimes from their own point of view.

Across ten episodes, a different convicted prisoner talks about the events that led up to their crime and, the crime itself. It is a completely different take to a true crime documentary that definitely pays off. A toe-curling watch.

The Big Reviewski || JOE · The Big Reviewski with Andy Serkis, Squid Game follow-ups & the return of Succession
popular
Gardaí investigating after man robs hotel at knife point in Kerry
The cleanest towns in Ireland have been named
Ryanair is seeking applicants for "the worst job in Ireland"
QUIZ: Can you master this General Knowledge Quiz?
The JOE Movie Quiz: Week 124
The JOE Friday Pub Quiz: Week 265
QUIZ: Get your quiz on with this General Knowledge Quiz
You may also like
1 day ago
A modern classic from Quentin Tarantino is among the movies on TV tonight
2 days ago
The new Scream and 5 more big trailers you might have missed this week
2 days ago
Ed Norton's superb debut performance is among the movies on TV tonight
2 days ago
10 classic scary movies you can watch at home right now
3 days ago
The return of Succession and 10 more movies and shows to watch this week
3 days ago
It's a Rock and Kevin Hart double bill in tonight's movies on TV line-up
Next Page