We've got to admit, it is a great casting choice.

Okay, before we go to far into this, we've got some theories on the 25th Bond movie.

So far, all of the trailers have been VERY secretive about the actual plot of this movie. We know there is a new baddie, and it ties in with some old baddies, and also Bond's current love interest, but in terms of actual details, it is all still highly secretive. 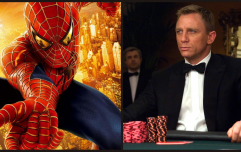 END_OF_DOCUMENT_TOKEN_TO_BE_REPLACED

We're thinking that the reason for this is - AND SPOILERS FOR SOMETHING WE HAVEN'T SEEN YET SO WE'RE ONLY GUESSING! - because they're going to kill of Craig's Bond at the end of this one.

He has said over and over that this is it, he is done, and it would make a very powerful moment to actually kill James Bond. However, our second guess, is that they have ALREADY cast the new Bond, and whoever it is will take up the mantle at the very end of this movie.

Okay, guessing game over, back to this story.

Billie Eilish, the youngest ever performer to sing a Bond theme song with 'No Time To Die', was chatting to Capital FM about the song, when they asked her who she thinks should be the next Bond, and without much hesitation, Eilish had her answer ready to go: 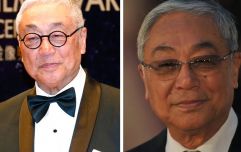 END_OF_DOCUMENT_TOKEN_TO_BE_REPLACED

"I would say, honestly, Michael B Jordan would kill that shit. He would kill it," before adding that she would love to hear him take on a British accent.

Jordan is no stranger to blockbusters, having played one of Marvel's most interesting baddies in Black Panther, but while the Creed movies have made some significant amounts of money at the box office, he still doesn't actually have a big franchise he can call his own.

While there was some conversation about Idris Elba potentially being the first black man to play Bond, he is 47 years old, just four years younger than Craig, while Jordan is just 33, so has a lot of years of doing his own stunts ahead of him.

No Time To Die arrives in Irish cinemas on Friday 3 April, and you can check out Eilish's theme song (which has significantly grown on us over the last week) right here:

popular
21 dead, including 19 children, following school shooting in Texas
Tributes pour in after Love/Hate actor Stephen Clinch dies aged 52
Man arrested following bloody fight at Dublin Airport
Irish employment law experts warn employers must find ways for staff to take entitled leave
26 big movies have just been added to Amazon Prime Video
Galway named one of the top 10 best European cities to raise a family
"If you go, go slow": HSE launches drug harm-reduction campaign for festival goers
You may also like
1 month ago
Amazon Prime Video has just added 38 very big movies to its library
5 months ago
Daniel Craig's best pre-James Bond film is among the movies on TV tonight
6 months ago
An Oscar-winning film by an Irish writer is among the movies on TV tonight
7 months ago
No Time To Die sparks calls to ban movie villains with disfigurements
7 months ago
No Time To Die director reveals the movie's most difficult stunts to film
7 months ago
We asked Paddington himself if he thinks Paddington 2 is the greatest film of all time
Next Page