Explainer: Why was everyone wearing black at the 2018 Golden Globes?

Hollywood found a number of ways to address the dark cloud hanging over the Golden Globes last night.

In light of the #MeToo movement, which began in September with the outing of film producer Harvey Weinstein as a sexual predator, a noticeable dark cloud hung over the 2018 Golden Globes.

Suffice to say, it was not going to be a standard Hollywood get-together, nor would it seem possible for many of the stars in attendance to behave as if everything was currently okay within the film industry as a whole. Sexism and sexual exploitation were two of the major issues, which made up the context of these awards and they were addressed both vocally and through visual statements. 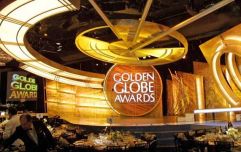 END_OF_DOCUMENT_TOKEN_TO_BE_REPLACED

Even in host, Seth Meyers' opening speech, he acknowledged how inappropriate it was for a straight white male to be presenting the occasion, when he joked:

"They tried to get a woman to host this show, they really did. They said, 'Hey, how'd you like to come and be judged by some of the most powerful people in Hollywood?' And they said, 'Hm, where is it?' And they said, 'It's at a hotel.' Long story short, I'm your host tonight."

The real highlight, and one that will likely be remembered for years is when Oprah Winfrey spoke saying:

"For too long women have not been heard or believed, if they dared to speak their truth to the power of those men, but their time is up... Their time is up"

"I want all the girls watching here now to know that a new day is on the horizon, and when that new day finally dawns it will be because of a lot of magnificent women - many of whom are right here in this room tonight - and some pretty phenomenal men fighting to make sure they become the leaders who take us to the time when nobody ever has to say 'Me Too' again."

Making her own pointed statement in regards the lack of a female presence in the Best Director category, Natalie Portman later offered her own dig by announcing the "all-male nominees". 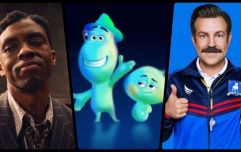 END_OF_DOCUMENT_TOKEN_TO_BE_REPLACED

However, the biggest protest of the night came from the attendants en masse as the typical gloss of clothing choices were boycotted for an all-black colour scheme.

Why was everyone wearing black?

The decision to wear only black outfits was chosen as a way of silently protesting the widespread cover-up of sexual harassment and assault in the Hollywood, but equally in the global film and entertainment industry, since the #MeToo movement has inspired people to speak out everywhere, from Ireland to South Korea.

Almost every person present donned an entirely black attire, "To stand in solidarity with men and women everywhere who have been silenced by discrimination, harassment or abuse."

"It's not your fault and you're not dirty." - Viola Davis speaking to survivors of sexual assault and rape. #TIMESUP #WhyWeWearBlack pic.twitter.com/GzV3erL6cv

Please join us in wearing black tomorrow in solidarity with men and women asking for equality, respect and meaningful change within all industries.

Who participated in the protest?

It would almost be easier to name those who weren't participating in this protest, with all female attendants wearing black as a means of standing in solidarity with people who have suffered discrimination or sexual abuse. However, several went above and beyond to invite guests not typically seen at a Hollywood do.

Emma Watson came accompanied by Marai Larasi, the director of the UK black feminist group, IMKAAN, while Meryl Streep brought American activist, Ai-Jen Poo who serves as the current director of the National Domestic Workers Alliance and co-director of the advocacy group, Caring Across Generations.

Eagle-eyed viewers may also have spotted the likes of director Martin McDonagh (In Bruges, Three Bilboards Outside Ebbing, Missouri) and actor, Bob Odenkirk (Breaking Bad, Better Call Saul) wearing small pins on their suits, which showed the words, 'Time's Up'.

What does Time's Up mean?

Times Up specifically referenced the support group known as Time's Up Now, which is seeking to act upon the surge in workplace sexual assault, harassment and discrimination allegations made in recent months.

As of 1 Jaunary 20178, Time's Up Now says that it is speaking on behalf of over 300 women working in film, television and theatre.

In an open letter of solidarity, the movement says:

"We remain committed to holding our own workplaces accountable, pushing for swift and effective change to make the entertainment industry a safe and equitable place for everyone, and telling women's stories through our eyes and voices with the goal of shifting our society's perception and treatment of women."

So proud of my fellow women who have organized the timesupnow Legal Defense Fund. This fund will… https://t.co/CnrrEhI9Iw

What will happen next with Time's Up Now?

A number of celebrities, including Alison Brie (Community, GLOW) have Tweeted out links to a legal defence fund for the organisation. This fund intends to subsidise legal support for any woman or man who has suffered under such conditions in their workplace.

"The Fund will ultimately be housed at and administrated by the National Women's Law Centre, an established  national women’s rights legal organization. A network of lawyers and public relations professionals across the country will work with the Center’s Legal Network for Gender Equity to provide assistance to those ready to stand up. Access to prompt and comprehensive legal and communications help will mean empowerment for these individuals and long term growth for our culture and communities as a whole."

popular
Two teenagers die in separate incidents in Dublin and Waterford
Netflix releases trailer for documentary series Sophie: A Murder in West Cork
QUIZ: You won't be able to guess all these brands from their slogans
British Government to introduce Irish language act in Northern Ireland by October
Richard Madeley goes full Partridge with Hitler Youth reference on Good Morning Britain
QUIZ: Take on this tasty challenge of your General Knowledge skills
There are four big movies arriving in Irish cinemas this week
You may also like
4 months ago
We predict which of the Irish nominees will win their Golden Globes
1 year ago
Ricky Gervais eviscerates pretty much everyone in opening monologue at the Golden Globes
1 year ago
Joker, The Irishman, and Marriage Story lead the way for 2020 Golden Globe nominations
2 years ago
"Fiji Water Girl" is now suing Fiji Water
2 years ago
Jamie Lee Curtis is not pleased with one person's antics at the Golden Globes
6 days ago
Seth MacFarlane's Ted set to return as live-action TV series
Next Page