Exciting news for fans of the young Irish actor.

A new Irish feature film set during the Great Irish Famine will receive its World Premiere at the Berlin International Film Festival next month.

Black 47, which stars James Frecheville (The Drop, New Girl), Hugo Weaving (The Matrix, The Lord of the Rings), Jim Broadbent (Harry Potter, Hot Fuzz) and Barry Keoghan (Dunkirk, Love/Hate, The Killing of a Sacred Deer) has been described as an action movie set during the famine. 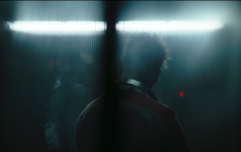 WATCH: An incredibly intense deleted scene from The Batman has just been revealed

END_OF_DOCUMENT_TOKEN_TO_BE_REPLACED

Directed by Lance Daly (Life's a Breeze, Kisses), it will be joining the likes of Wes Anderson and Gus Van Sant at the upcoming festival, which has previously premiered other Irish films, such as Neil Jordan's The Butcher Boy and John Michael McDonagh's The Guard.

The story follows Feeney (Frecheville), a "hardened" Irish Ranger who has fought for the British Army abroad, but who abandons his post in order to return home and be united with his family.

All he finds however, is chaos and death, which motivates him to get revenge, but while attempting to do so, he must outmaneouver an ageing British soldider (Weaving) who has been ordered to track him before "he can further stoke the fires of revolution." 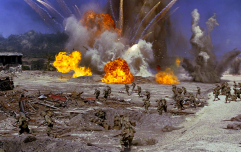 END_OF_DOCUMENT_TOKEN_TO_BE_REPLACED

"It's an honour to be premiering Black 47 at one of the world's most prestigious festivals, alongside truly great filmmakers. There’s a strong history of major films launching in Berlin and we can’t wait for the world to see this epic Irish famine story."

The Berlin International Film Festival will take place between 15 - 25 February.

Black 47 will premiere in Irish cinemas later this year.

popular
Netflix has just added an incredibly tense 97-minute thriller
Irish person dies after drowning in Spanish resort swimming pool
18 counties hit with weather warning as temperatures set to reach 29 degrees
Nearly 100 flights delayed at Dublin Airport on Monday
A county-by-county breakdown of the average rent in Ireland as rent inflation reaches record high
Second Covid booster vaccine being rolled out to more cohorts this week
Top 100 stores and five friendliest places in Ireland chosen by Retail Excellence
You may also like
5 months ago
What the appearance of [SPOILERS] means for The Batman sequel
6 months ago
COMPETITION: WIN this ETERNALS poster signed by Angelina Jolie, Barry Keoghan & LOADS more Marvel stars
8 months ago
One of the best Irish movies ever made has just been added to Netflix
9 months ago
Barry Keoghan on having the premiere of his new Marvel movie in the Dublin cinema he was once kicked out of
10 months ago
Y: The Last Man star Ben Schnetzer on his brand new show, love for Diane Lane and pandemic productions
11 months ago
Barry Keoghan to star in new Brendan Gleeson and Colin Farrell movie, The Banshees Of Inisherin
Next Page