An impressive new cast has been unveiled.

Aaron Paul is set to be part of the cast for the upcoming sixth season of Black Mirror, according to reports.

The hit Netflix anthology series is preparing to return after more than three years away and it seems like the cast has already been lined up, with Breaking Bad star Paul set to feature. 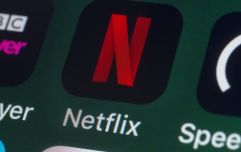 Calm down, Netflix isn't about to change how fast you watch movies and TV

END_OF_DOCUMENT_TOKEN_TO_BE_REPLACED

Whilst Paul shot to fame for his performance as Jesse Pinkman in Breaking Bad, more recently he has starred in hit HBO series Westworld as Caleb Nichols.

Beetz is best known for appearing in Atlanta alongside Donald Glover, while Essiedu has recently appeared in Sky's Gangs of London and The Lazarus Project. Hartnett featured in Sky Atlantic series The Fear Index last year, and Mara starred in comedy-drama film Call Jane.

Ramirez appeared in Top Gun: Maverick, while Danish actor Rugaard fronted the Sky series The Rising. Thornton starred in NBC series This Is Us, while Vasan hit the big time in Channel 4 comedy We Are Lady Parts. 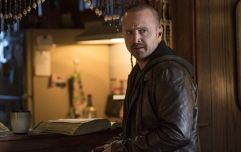 END_OF_DOCUMENT_TOKEN_TO_BE_REPLACED

These names are from just three of the new season's episodes, with more set to feature in other episodes. This actually would not be the first time that Paul has appeared in Black Mirror. He had a brief voice cameo as Gamer 691 in the series four opener, USS Callister.

Earlier this year it was reported that a new series of the dystopian show is on the way, although a release date has yet to be confirmed. What we can be pretty certain of though is that it will be longer than season five, which was made up of just three feature-length episodes. 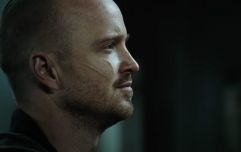 END_OF_DOCUMENT_TOKEN_TO_BE_REPLACED

A source told Variety that the new series will not only be longer but also "even more cinematic in scope." Black Mirror was created by Charlie Brooker and began life on Channel 4 back in 2011, where it had two seasons. But it has grown in popularity and stature since moving to Netflix and gaining a more global audience.

It now attracts some of the biggest names in acting to star in episodes. The last series featured Anthony Mackie, Miley Cyrus and Andrew Scott, with Bryce Dallas Howard, Jon Hamm, Jesse Plemons, Daniel Kaluuya, Jodie Whittaker and Letitia Wright just some of those who have appeared in previous seasons.

Season five was released in June 2019, and it's safe to say that quite a lot has gone on in the world since we were last treated to new episodes. So, who knows where the writers will decide to take us.

popular
Amazon Prime Video has just added 38 very big movies to its library
Ashton Kutcher opens up about rare disease that left him unable to see or walk
The 50 most iconic songs of all time* have been revealed
Mia Khalifa claims seaside town is better than Miami
We just got the first trailer for a movie not out until 2024
The start of the superhero takeover of Hollywood is among the movies on TV tonight
The JOE Movie Quiz: Week 182
You may also like
4 years ago
Bryan Cranston, Aaron Paul and more celebrate Breaking Bad's 10th anniversary
5 years ago
Breaking Bad star to head up project about the life of Jack Daniels
6 years ago
Here's what Aaron Paul thinks happened to Jesse Pinkman after Breaking Bad
6 years ago
EXCLUSIVE: We chat to Anthony Mackie, Chiwetel Ejiofor & John Hillcoat, stars & director of Triple 9
6 years ago
EXCLUSIVE: We chat to Triple 9 star Aaron Paul about hurling, stalking Woody Harrelson and people who DON'T like Breaking Bad
6 years ago
COMPETITION: Win tickets to an exclusive Dublin preview screening of new action thriller Triple 9
Next Page