"We are out to make a new classic, one which the fans of the game will love."

With the recent live action big screen debut of Sonic The Hedgehog breaking records at the box office, you're never too far away from a video game movie story.

Though an adaptation of long-running first-person shooter series Borderlands was first announced in 2015, it looks like this thing is finally set to move forward. 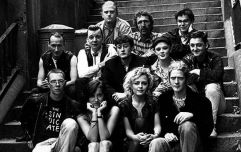 END_OF_DOCUMENT_TOKEN_TO_BE_REPLACED

Five years ago, Saw and Insidious co-creator Leigh Whannell was reportedly attached to the project, but has since gone on to make the likes of 2018's underrated Upgrade and The Invisible Man, which hits cinemas later this month.

Also arriving this month; news of a brand new director for Borderlands in the form of Eli Roth, he of Cabin Fever, Hostel and The Green Inferno fame. You'll also have seen Roth pop up in the odd film or two in an acting capacity, most notably as Donny 'The Bear Jew' Donowitz in Quentin Tarantino's Inglourious Basterds.

Roth's most recent directorial engagements have been something of a mixed bag, with the Bruce Willis Death Wish remake in 2018 bombing with critics but doing vaguely okay at the box office (almost $50 million on a $30 million budget).

Roth also ventured into more family-friendly territory in the same year with The House with a Clock in its Walls but you'd imagine that Borderlands, violent, splashy and dark-humoured as it is, will appeal to the 47-year-old's more gruesome side.

A report in Indiewire notes that Craig Mazin, who put pen to paper for HBO's superb Chernobyl mini-series last year, has written the latest script for the project.

"I’m so excited to dive into the world of Borderlands and I could not be doing it with a better script, producing team and studio," said Roth.

"Everything in my directing career has led to a project of this scale and ambition. I look forward to bringing my own energy, ideas and vision to the wild, fun and endlessly creative world of the game. 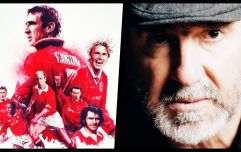 END_OF_DOCUMENT_TOKEN_TO_BE_REPLACED

"Randy Pitchford and everyone at Gearbox have been incredibly supportive of my ideas. It really feels like a perfect storm of creators coming together. We are out to make a new classic, one which the fans of the game will love, but also one which will find new audiences globally."

Production on the Borderlands film is set to begin later in 2020.