Why Bran Stark is the true villain of Game of Thrones

Bran Stark is the King of Westeros.

Game of Thrones is over after 73 episodes across eight long seasons and the world of George R.R. Martin's creation is at peace in a very twisted and sordid way.

END_OF_DOCUMENT_TOKEN_TO_BE_REPLACED

Throughout those eight seasons - in amongst all of the political machinations, subterfuge and backstabbing - the main end goal, for the characters as well as the viewers at home, was the question of who would end up on the Iron Throne.

Game of Thrones began with Robert Baratheon - the drunk, obnoxious, Pac Man-like figure - as king. He had led a rebellion, claimed the Iron Throne, hated it immediately and decided to get shit-faced and eat his weight in deer legs before eventually succumbing to a boar tusk to the belly.

He was replaced by his wife Cersei Baratheon/Lannister, who instantly set about being the worst motherfucker and brother-lover in the Seven Kingdoms. She killed for fun, gaslighted her brother Jaime and was intolerably cruel to all who came into contact with her. She was awful.

In what would have seemed impossible in earlier seasons of the show, however, Cersei ended up dying at the hands of an even more evil character: Daenerys Targaryen. 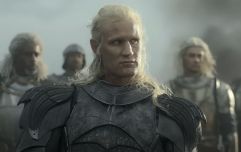 END_OF_DOCUMENT_TOKEN_TO_BE_REPLACED

Once the liberator of slaves and a working class hero (admittedly with a few caveats where she burned people alive and/or crucified them), she turned into a monster in the show's penultimate episode; burning millions of people to death because a few of her mates had died.

It's Game of Thrones Dany, your mates are going to die.

With Dany now - spoiler alert - completely and utterly dead and being flown somewhere by a dragon with a painfully high perception of artistic symbology, the new king is here. 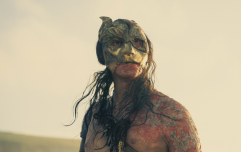 END_OF_DOCUMENT_TOKEN_TO_BE_REPLACED

And that king is Bran Stark - Bran the Broken. Yes, that guy. The kid who was pushed out of a window for witnessing incest is now the weird, emotionless king of all the land.

Many viewers have greeted this news with a large sigh. Bran is considered boring - a stupid little weirdo who just sits around doing absolutely nothing but claims to be occupied by a higher calling. He is essentially Leonard Nemoy in the Monorail episode of The Simpsons.

The most common description of Bran is that he is a big old ball of ambivalence, but that is not true.

What is true is that Bran is the true villain and indeed the worst person in the Game of Thrones universe.

This may seem like an odd take for a man who has never harmed anything and hasn't felt anything since becoming the Three-Eyed Raven, but he is in fact the worst of all, and the reasons are everywhere.

Let's look at his first response to being asked if he wants to be king.

"Why do you think I came all this way?" he says, referencing both the journey from Winterfell to King's Landing, as well as his own journey from simply a weird child to a weird Three-Eyed Raven with artificial intelligence instead of emotion.

This response suggests, implicitly, knowledge of the fact that he was going to be crowned king.

For a long time we've wondered whether Bran could view events in the future. We know he is able to look into the past, and we know he can see events in the present; evident from when he informed his family and Dany that the Night King had her dragon and was coming south of The Wall.

If Bran knew that he was going to be named king, we can safely assume that he was aware of other events that related to him throughout the story since he became the Three-Eyed Raven.

The first instance of something post Three-Eyed Raven that he could've changed is the kidnapping of Theon Greyjoy and his sister Yara while en route to Dorne in season seven.

He knew Euron would be there and commandeer the ships, but he didn't care. This we can actually excuse, because Theon was a total prick to Bran and his late brother Rickon. He gets a pass here.

Bran also would have known that the Unsullied were being tricked when they landed at Casterly Rock to destroy the seat of the Lannisters. He knew the Lannisters were not there - nor were their troops - and that they were in fact sacking Highcastle. He knew all of this.

He knew that Jon would try to convince Dany not to destroy Euron Greyjoy's ships in retaliation for his attack on her allies - lest she be seen as a tyrant, hmmmm - and he would've known the consequences this decision would eventually have. We are of course talking about the death in season eight of her dragon Rhaegal by who else but the Greyjoy fleet.

Where we get to the parts of the show during which it becomes abundantly clear that Bran is not ambivalent, but rather someone who doesn't get involved unless it suits him, is Tyrion's decision to send Jon, Ser Jorah, Gendry, and the Brotherhood Without Banners beyond The Wall to retrieve a Wight and show it to Cersei to convince her to join their fight against the White Walkers.

On this trip, the Night King - a greenseer like Bran - expected their arrival and took down Viserion the dragon. If the Night King knew this, so did Bran. And he did nothing. Why did he do nothing? Well, a queen minus one dragon is a lot less of a threat to someone who secretly wants to be king.

What's more, Bran knew that the plan to convince Cersei was doomed to fail from the beginning, making his unwillingness to take a stand even more sinister.

Seeing his advantage growing larger by the day (and by the dead dragon) Bran then decides to urge Samwell Tarly that it's time to inform Jon that he is in fact a Targaryen.

Bran knows Jon is too honourable to conceal this from Dany, and he knows the damage this will do to their relationship. He is a snake just messing things up in the background.

He's also aware that Jon will feel compelled to tell Arya and Sansa - which he does - as well as the effect that will have on Sansa's relationship with Daenerys.

All of this comes to fruition for the dastardly dull tomato, with Jon telling Dany who he truly is, and Dany immediately distrusting both him and his sisters. There are now clearer splits in the camp than ever before.

The next day comes the Great War - the Battle of Winterfell - an absolutely crucial battle for the future of mankind that we must remember was only allowed to happen because Bran allowed Jon and company to embark on their ill-fated plan which led to the death and reanimation of Viserion as a bad dragon.

We leave that battle, and mankind is safe from the stupidly easy to kill White Walkers, as our protagonists move their attentions to King's Landing.

Yet again, we see a crucial couple of moments that massively impact both emotions and events, as Euron Greyjoy intercepts yet another fleet, killing Rhaegal the dragon (two down now remember) and kidnaps Dany's loyal advisor Missandei, leading to her execution at the hands of Cersei, via The Mountain.

These are two enormously catastrophic events for the mental health of Dany that could and should have been easily detected by Bran. In fact, they were detected, but he just didn't bother to tell anyone, because not only did it once again weaken Dany's forces, but it also would end up being the final motivation for her to turn full Mad Queen and open the door for this boring little dweeb to become king.

We all know what Dany did at this stage of proceedings. She melted a city because she was furious at the events that had transpired in previous episodes.

In the aftermath of these events - both her willingness to carry them out and her attempts to justify them afterwards - she has been described widely as a tyrant; becoming the very thing she sought to rid the world of.

That's fair, what she did was absolutely awful. Killing people is bad. Killing millions is really bad. But while Dany made the decision to kill all of those people there and then, Bran knew she'd do it all along. He knew she'd snap and kill millions.

He let her do it not because he necessarily wants millions to die, but because he is the logical centrist dad of Game of Thrones - a man who sees the death of millions to facilitate his path to the throne as acceptable compared to a compassionate decision to spare them.

But he's also calculated. He knows the honourable Jon will not allow Dany to survive. So he lets her do it. Instead of stopping her, he let her do it, allowed Jon to kill her - thus ruling him out as a potential king - and happily takes her place.

All of these acts, as well as selecting Tyrion as his hand and ruthlessly sending Jon - the only threat to his reign as rightful heir to the throne - to the Knight's Watch, indicates that Bran is as cruel and blunt as any of the worst tyrants Westeros has seen.

Even the worst people in this show have cared for or even loved others, in spite of their obvious flaws. But not Bran.

He cares for no one at all. If someone does not benefit him or is incapable of serving his ends, they are dispensable. This relentlessness - and unwillingness to prevent the tragedy that forges his path to royalty - is what makes Bran the true villain on Game of Thrones.

And if that's not enough to convince you, remember that he literally ruined a child's life - went back in time to ruin a child's brain - just to save himself from being eaten alive.

And he didn't even try to change the guy's name from ending up being Hodor. Asshole.