Derry Girls captured our hearts when it first graced our screens back in 2018, and while the show has too many wonderful characters to name, one Clare Devlin very quickly became a fan favourite.

Played masterfully by Nicola Coughlan, the audience fell in love with the character, largely down to Coughlan's brilliant performance in the role.

END_OF_DOCUMENT_TOKEN_TO_BE_REPLACED

So as you can imagine, we are quite excited to see her in the upcoming Netflix series, Bridgerton.

Based on Julia Quinn’s best-selling series of novels, Bridgerton is set in the sexy, lavish and competitive world of Regency London high society. We're sure our favourite Derry Girl will fit in perfectly.

Here's our first look at Coughlan in the role of Penelope Featherington: 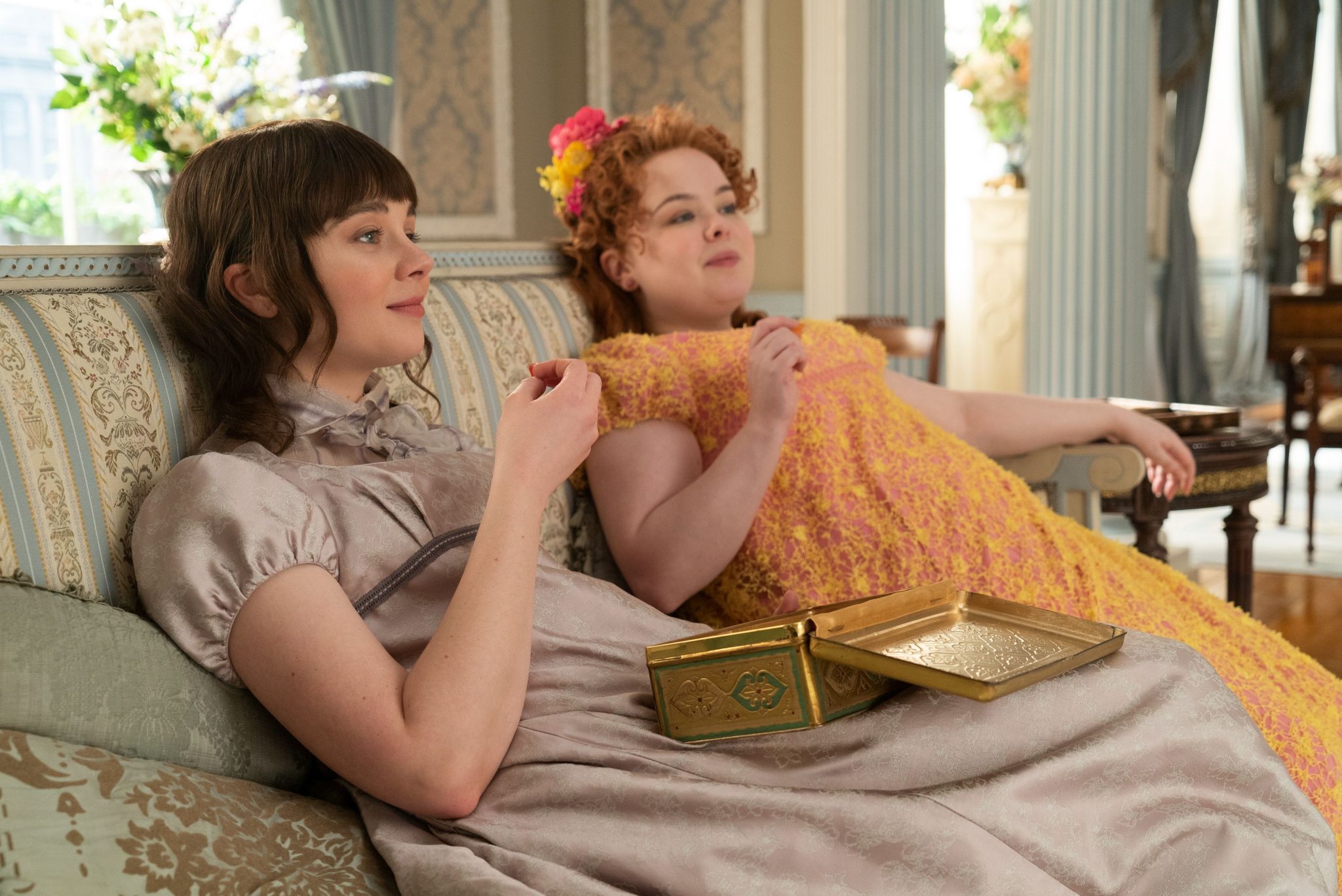 The description of Coughlan's character states that she is "a vastly intelligent girl with a sharp wit and kind heart, Penelope would prefer to quietly sway near the perimeter of any ballroom rather than take centre stage".

"She's been born into a family who will never truly understand her--as if dealing with the cutthroat, mean girls of 1813 Regency London weren't enough."

It will drop on Netflix on 25 December. Merry Christmas!

The Big Reviewski || JOE · TBR Spotlight: Loki - Episode Six - 'For All Time. Always.'
popular
Dublin pub hit with 'about 50 or 60' fake bookings on first day of indoor service
Met Éireann forecasts "heavy blustery showers" for this week
QUIZ: How many of these famous erect landmarks can you recognise?
QUIZ: Can you get 10/10 in this quick County Cork quiz?
Leo Varadkar confirms Ireland to overtake UK's vaccination rate in "next week or so"
Only Murders in the Building is a must-watch for fans of true crime podcasts
The 50 most iconic songs of all time* have been revealed
You may also like
1 day ago
Here are the three Irish contestants entering Casa Amor tonight
1 day ago
Chucky is back and as murderous as ever in the first trailer for his new TV series
1 day ago
The full list of all the new shows and movies coming to Netflix in August
5 days ago
Love Island hit with 1,500 complaints over contestant Danny Bibby
1 week ago
HBO reportedly paid James Gandolfini $3 million to NOT replace Steve Carrell in The Office
1 week ago
The six scariest scenes in the MCU so far
Next Page