Wow. What a line-up.

That is quite the team.

There's some superdeedooper exciting news coming out of the Cannes Film Festival in France, as Deadline has reported that the rights to Scorsese's film about the Irish mob, The Irishman, have been snapped up by Paramount and STX Entertainment. 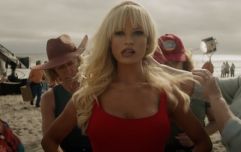 WATCH: The first trailer for Pam & Tommy, "based on the true f**king scandal", has arrived

END_OF_DOCUMENT_TOKEN_TO_BE_REPLACED

The film, if it gets the 100% go-ahead, hopes to reunite Scorsese with Robert De Niro, Joe Pesci and Harvey Keitel, as well as to team Al Pacino with Scorsese for the first time ever in their careers.

Let's hope they get on.

Combining the group of people who have made iconic crime films such as The Godfather, The Godfather Part II, The Departed, Casino, Goodfellas, Pulp Fiction and, ahmm, Dirty Grandpa, can only be a wonderful, stupendous thing, and the fact that it revolves around an Irish mob story makes it even more intriguing for Irish film fans.

The Irishman, based on the Charles Brandt book, I Heard You Paint Houses, has been adapted by the super-talented screenwriter Steve Zaillian (Schindler's List, Gangs Of New York, Mission: Impossible) and tells the story of the disappearance and death of the former Teamsters union boss Jimmy Hoffa, all from the deathbed of mob hitman Frank 'The Irishman' Sheeran.

Interestingly, to "paint houses" means to kill a man and the phrase, " I heard you paint houses", was supposedly the first that Jimmy Hoffa ever said to Frank 'The Irishman' Sheeran. Things didn't work out to well for him after that unfortunately. 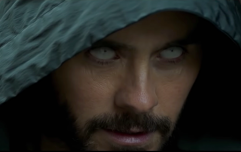 END_OF_DOCUMENT_TOKEN_TO_BE_REPLACED

Sweet lord in heaven, they might as well just give this all of the awards now. There really isn't any point in anyone else making any more films.

So what are you waiting for, Marty? Hurry up and get the The Irishman started.

Or else we'll send the boys around...

popular
Clint Eastwood's final western is among the movies on TV tonight
The Toy Show DJ brothers have been offered their very first gig
The 50 most iconic songs of all time* have been revealed
The JOE Friday Pub Quiz: Week 271
The full list of all the new shows and movies coming to Netflix in December
QUIZ: Let's get cracking with this General Knowledge Quiz
Ryanair's "virtue signalling" claims are indicative of Ireland's view on the Irish language
You may also like
1 month ago
Michael Bay's huge new action thriller and 7 more big trailers you might have missed this week
1 month ago
The first trailer for the Uncharted movie has finally arrived
1 month ago
All the trailers dropped by DC: The Batman, The Flash, Shazam, Aquaman, Peacemaker and more
1 month ago
The new Paranormal Activity and 5 more big trailers you might have missed this week
2 months ago
WATCH: The full trailer for The Matrix Resurrections is here to blow your socks off
2 months ago
WATCH: Deadly Cuts takes hairdressing in Dublin to murderous new heights
Next Page