Freddie Mercury biopic on hold as director Bryan Singer is fired, but the reasons why vary wildly

Another one bites the dust.

20th Century Fox made the short but concise statement that "Bryan Singer is no longer the director of Bohemian Rhapsody" on Monday night, due to the director's "unexpected unavailability." 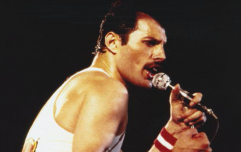 BBC to dedicate an entire night to Queen, featuring a behind-the-scenes documentary

END_OF_DOCUMENT_TOKEN_TO_BE_REPLACED

Singer himself stated that the reasons for his unavailability were due to an illness in his family, telling The Hollywood Reporter the following:

"Bohemian Rhapsody is a passion project of mine. With fewer than three weeks to shoot remaining, I asked Fox for some time off so I could return to the U.S. to deal with pressing health matters concerning one of my parents. This was a very taxing experience, which ultimately took a serious toll on my own health. Unfortunately, the studio was unwilling to accommodate me and terminated my services. This was not my decision and it was beyond my control."

However, rumours of a very disruptive set have been reported in recent weeks, with lead actor Rami Malek (of Mr. Robot fame), who is playing Mercury in the movie, after Malek reported Singer's behaviour to the producers after a particular heated argument ended with Singer throwing an object.

Singer also spoke of this situation with THR: "Rumours that my unexpected departure from the film was sparked by a dispute I had with Rami Malek are not true. While, at times, we did have creative differences on set, Rami and I successfully put those differences behind us and continued to work on the film together until just prior to Thanksgiving."

Additionally, Tom Hollander (About Time, In The Loop), who plays Queen's manager in the movie, quit the production for a short time, also in relation to Singer's on-set behaviour.

The director had been missing for so much and for so long that the movie's director of photography took over as director for a few days before 20th Century Fox shut the production down until they find a replacement director.

Also, Singer's production company Bad Hat Harry has been removed entirely from the Fox production offices, following decades of profitable work, especially involving the X-Men franchise, of which Singer had directed four of the entries.

popular
One of the best Irish movies ever made has just been added to Netflix
The movie described as "Showgirls in a convent" has a tentative Irish release date
One of Keanu Reeves' best movies has just been added to Netflix
A who's who of Irish music pay tribute to the late Mic Christopher in new documentary on his life
QUIZ: Can you get 20/20 in this desperately tricky capital cities quiz?
The 50 most iconic songs of all time* have been revealed
Here's the line-up for this week's episode of The Late Late Show
You may also like
2 months ago
The 500 best songs of all time have been revealed
2 years ago
Thousands protest in the UK following suspension of Parliament
2 years ago
The Queen agrees to the suspension of UK Parliament
2 years ago
British government to ask Queen to suspend Parliament weeks before Brexit deadline
2 years ago
Bohemian Rhapsody editor explains the scene that made everyone wonder how it won Best Editing
2 years ago
A Bohemian Rhapsody sequel could be in the works, according to a Queen music video director
Next Page